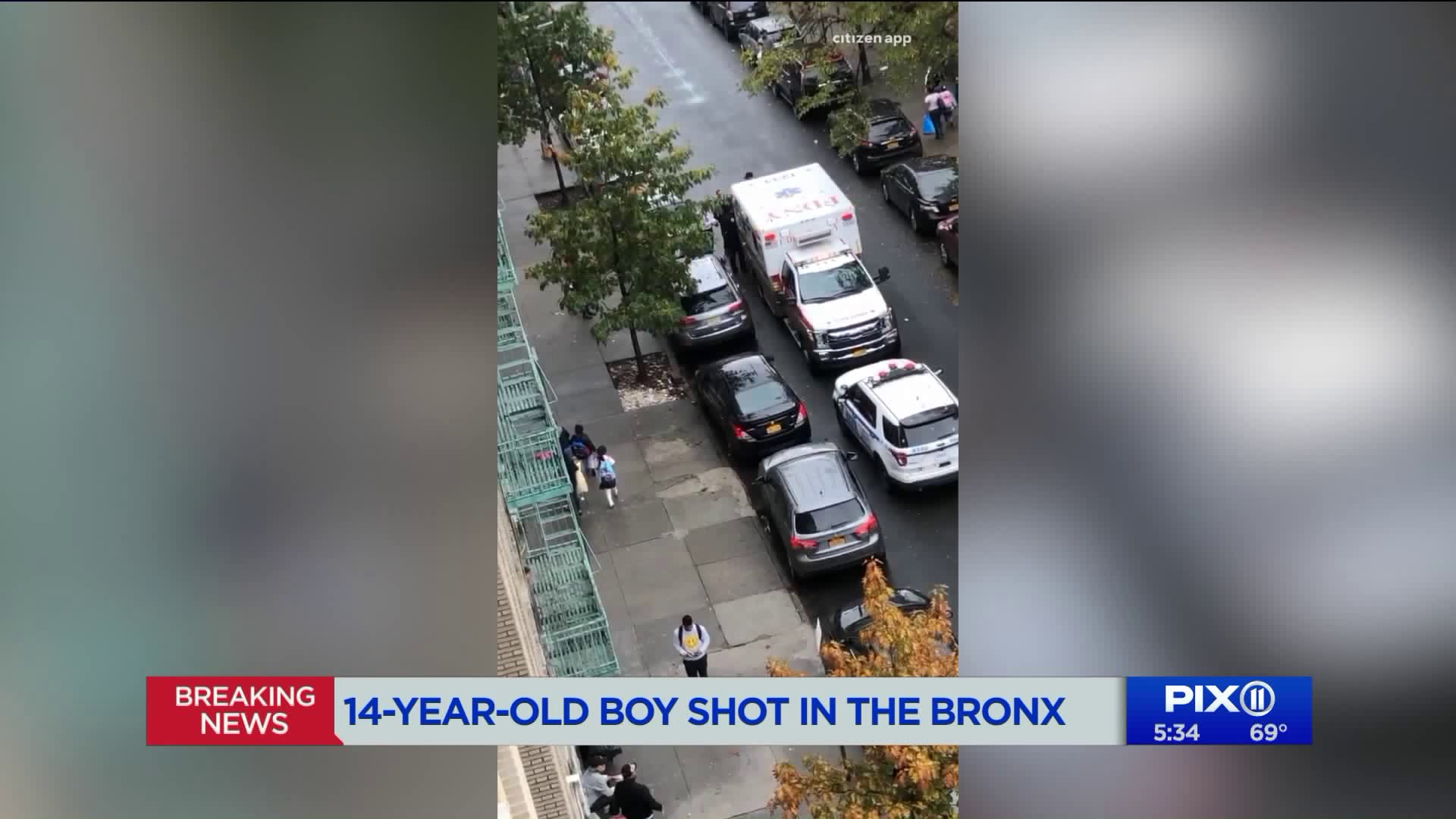 A 14-year-old boy was shot in the leg in the Bronx on Thursday afternoon, an NYPD spokesman said. The teen was shot just before 3 p.m. on Creston Avenue across the street from a park, police said. He was rushed to a local hospital.

FORDHAM, the Bronx —  A 14-year-old boy was shot in the leg in the Bronx on Thursday afternoon, an NYPD spokesman said.

Bullet holes were left in windows after the Bronx shooting on Oct. 31, 2019.

It was a packed sidewalk filled with children out trick-or-treating at Jerome Avenue and East 196th street several shots rang out just before 3 p.m., police said. Bullet holes were visible in the windows of a laundromat and of a pizzeria. Surveillance video shows three people running in all directions when those shots were fired.

“As soon as we looked away, we saw a guy with a red hoodie running away,” Sien MeKonen, an eyewitness, told PIX11 News. “I don’t know if he was running just because he heard the gunshots."

Emergency officials responded to a 911 call for a teen shot just before 3 p.m. on Creston Avenue across the street from a park, police said. He was rushed to a local hospital and is expected to make a full recovery.

Investigators found ballistics at the scene.

The teenage victim is a known gang member who is being uncooperative, police said.

“He’s part of a gang. He actually got arrested some months ago for weapons possession," New York City Councilman Fernando Cabrera said. “It looks like some form of retaliation."

This is the third shooting in less than a week in the city with teenage victims. A 14-year-old boy was fatally shot Saturday night and a 16-year-old girl was shot Monday afternoon.

No arrests have been made in Thursday's shooting.

Police have not yet released a description of the shooter.