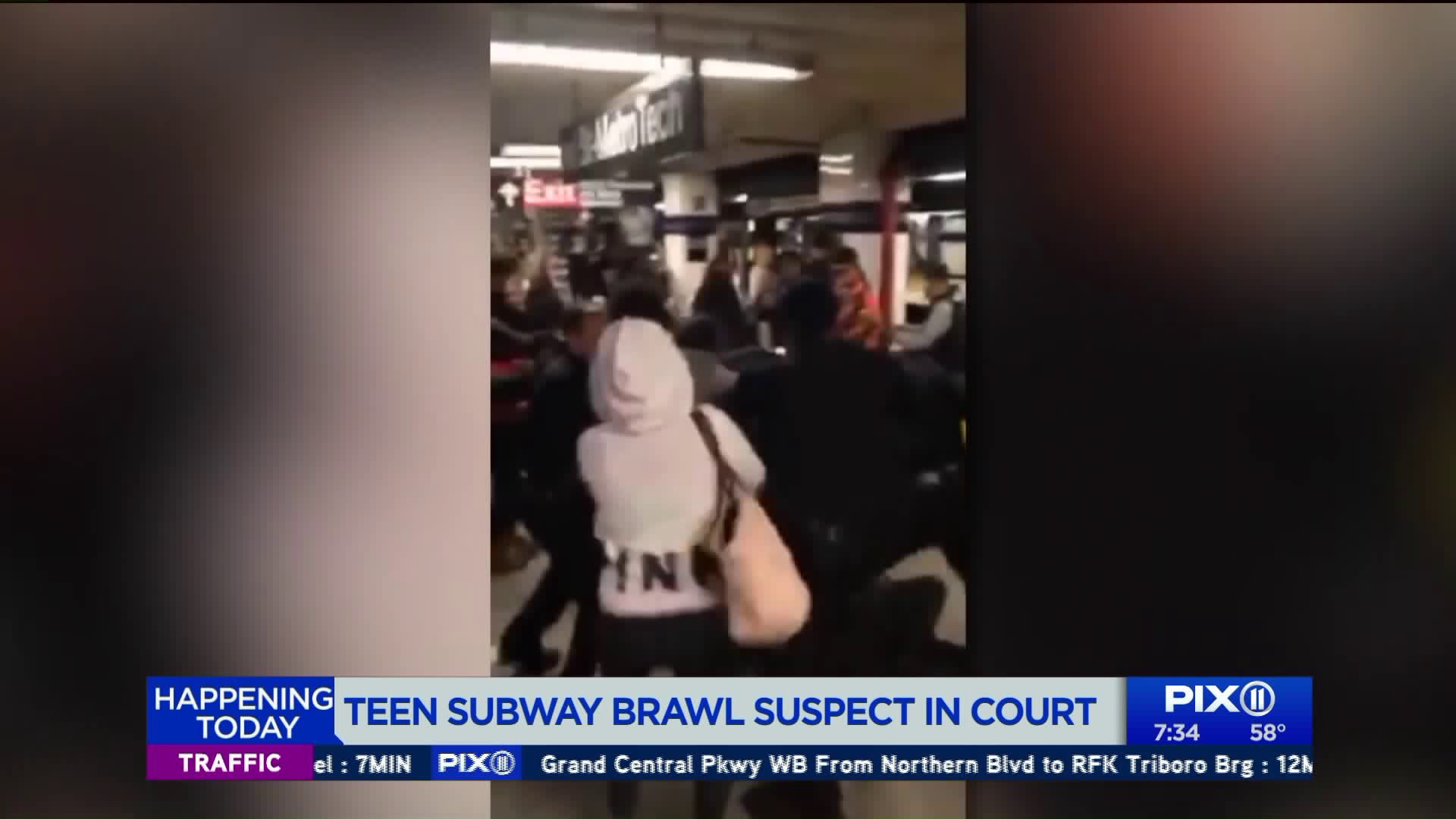 he family of one of the teens punched by a police officer during a subway brawl in Brooklyn is planning to sue the NYPD and the city for $5 million.

NEW YORK — The family of the teen punched by a police officer during a subway brawl in Brooklyn is planning to sue the NYPD and the city for $5 million.

The lawsuit is expected to be announced Wednesday, days after a police officer was seen on camera throwing punches at the young men, including 15-year-old Benjamin Marshall.

Officers had responded to a fight between two large groups of people on Jay Street on Oct. 25. The dispute then spilled into the nearby subway station, according to police.

As the fight continued, several people involved in the fight resisted arrest, with one of them punching an officer, authorities said.

Video shows the brawl that went on to include officers. In the video, at least one civilian and at least one officer appear to throw punches.

Brooklyn Borough President Eric Adams, who is also a former NYPD officer, responded to the incident, arguing that his actions were off base. "You don’t use aggressive action on a passive resistor.”

The NYPD says the officer is off the streets as an internal investigation is underway.

Marshall is among the teens scheduled to appear in court Wednesday.