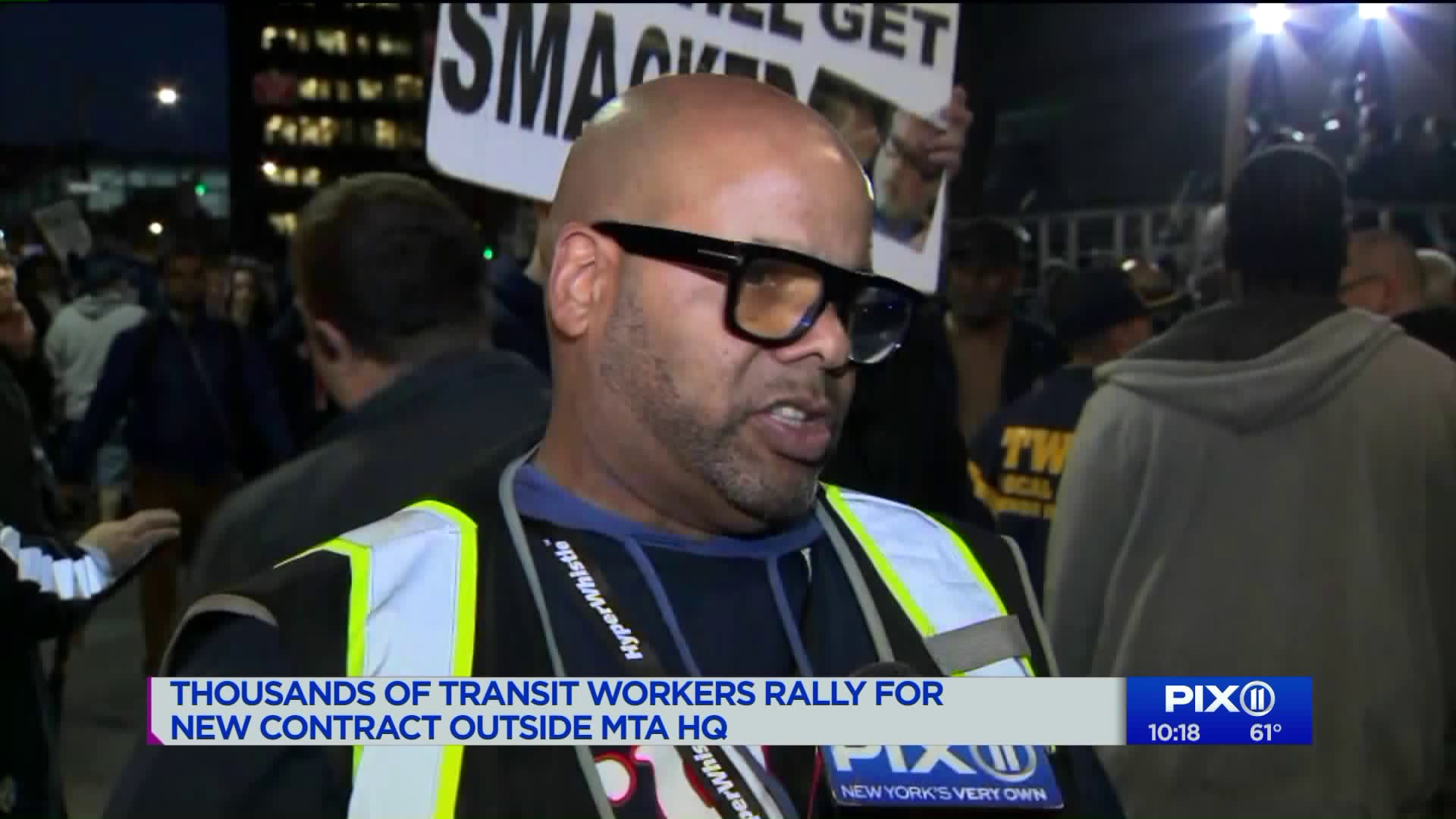 The streets of Lower Manhattan were filled with transit workers Wednesday evening.

They chanted “we move New York.”

The union contract with MTA expired in May.

Union representatives say no more talks have been scheduled as of now and a recent offer was rejected.

Overtime, work rules, and health care costs are among the top issues. MTA officials have warned of a billion dollar budget deficit in the coming years.

From the stage set up in front of MTA HQ at 2 Broadway across from the Bowling Green station, some speakers had tough words for MTA executives and mentioned possible picket lines.

Workers spoke of dangerous conditions and an increase in assaults on transit workers.

MTA HQ sent out a statement after the union rally that repeated the MTA Chairman’s comments about good faith negotiations and the desire to work toward a fair contract.

“It takes two to tango. We have mutual interests to get a fair contract done,” MTA Chairman Pat Foye has previously stated.

New York state law prohibits most public employees from work stoppages. There was a transit strike in 2005. The previous TWU and MTA contract expired in 2016 and it took about 7 months to get to a new agreement. There was a similar rally.