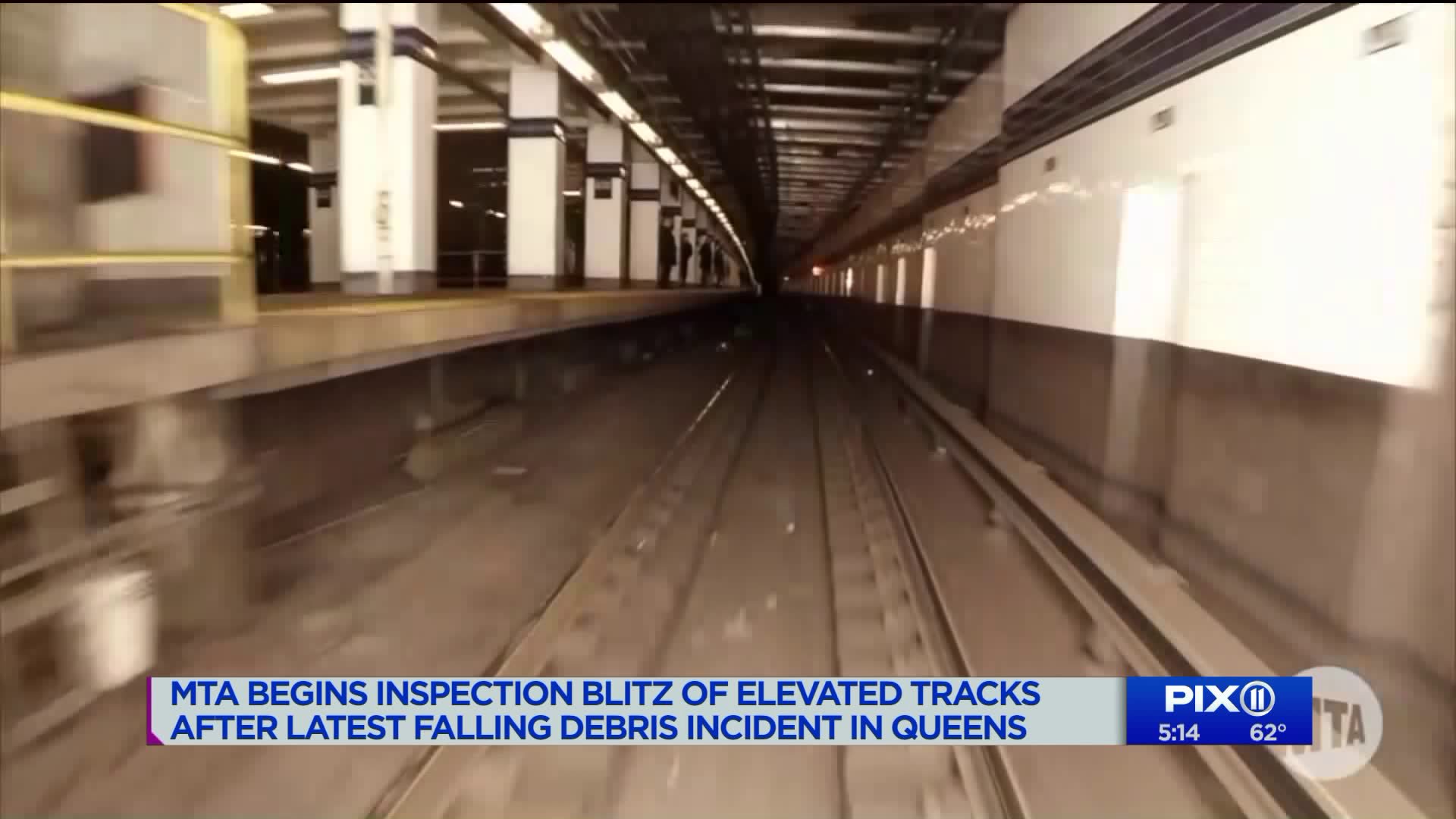 Today, the MTA kicked off what they are calling an inspection blitz across 60 miles of elevated subway tracks.

OZONE PARK, Queens — On the tracks, high above, crews were hard at work conducting manual inspections of the city's 60 miles of elevated tracks.

It’s the MTA's  response to a series of dangerous incidents involving falling debris across the city, the latest one happening in Ozone Park.

Workers have a lot of ground to cover in the next 7 days, where the MTA says they will inspect 325,000 metal baskets designed to catch fallen debris.

As the inspections get underway, many who travel near the elevated tracks where Tuesday’s incident took place say the so-called inspection blitz doesn’t really put them at ease, especially considering the amount of foot traffic the area gets from the nearby middle school.