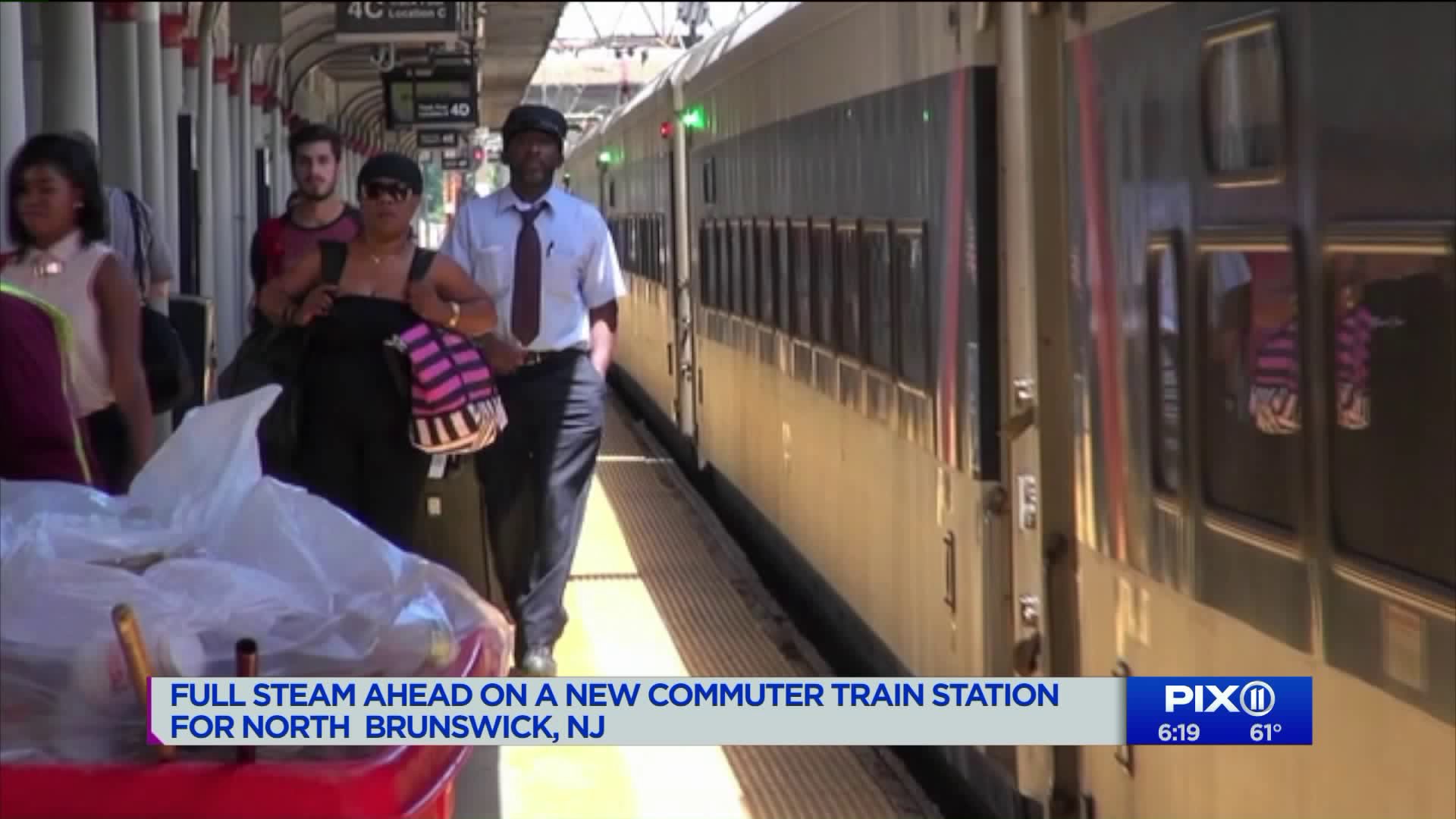 Democratic New Jersey Gov. Phil Murphy announced a memorandum of understanding Wednesday between the state and the Middlesex County Improvement Authority for the station at the North Brunswick Transit Village, a retail and residential center on the site of the former Johnson & Johnson facility along Route 1.

NEW BRUNSWICK, NJ — A new train station is coming to North Brunswick, New Jersey. It’s expected to take pressure off the heavily crowded NJ TRANSIT station at Metro Park, and hopefully it will take some traffic off Routes 1 an 9 at rush hour.

Middlesex County is moving forward with a $50 million contribution from the state and $20 million in county funding.

“This is gonna be a game changer for North Brunswick,” said Governor Phil Murphy.

Right now, a brand new Main Street built off of Routes 1 and 9 stops abruptly. Eventually, that road will lead to the train station.

The railroad tracks are already on site, there’s just no stop.

The roughly 200-acre parcel used to be owned by Johnson & Johnson. Garden Homes Development bought the land and demolished all buildings but one, which will come down eventually.

When J&J left in 2007, it left a hole in the local economy, according to the town’s mayor.

“Johnson & Johnson has been here for generations,” said North Brunswick Mayor Mac Womack. “They were a huge part of our town.”

Garden Homes has already begun building restaurants, a hotel, and there will be apartments too.

North Brunswick has encouraged outdoor seating and sidewalks. They want it to be a walkable commuters village - comparable to Hoboken - to lure young professionals.

The next two years will be dedicated to planning, design and permits. The station is expected to open in as soon as five years time.