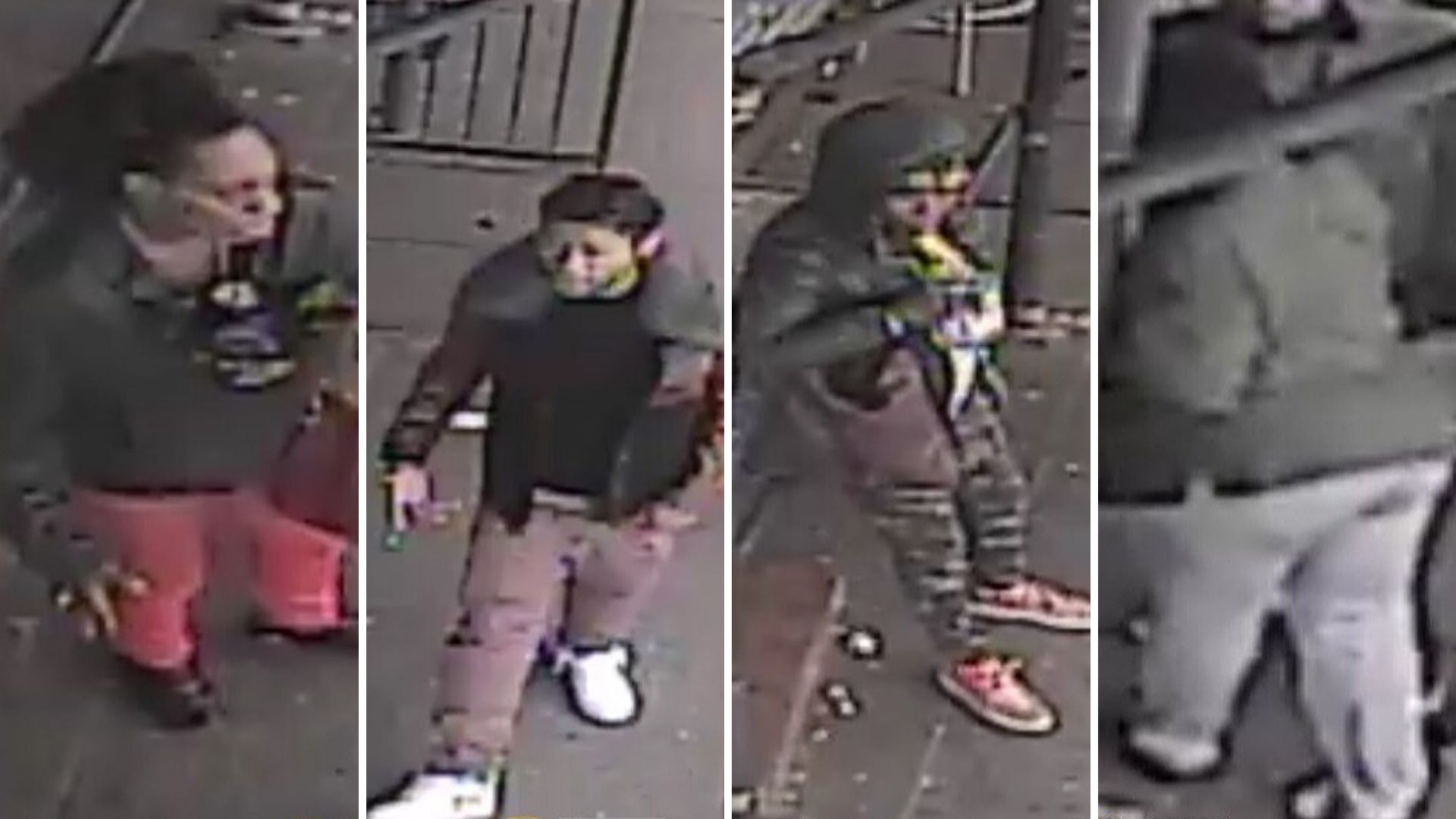 Raw surveillance footage of a group of four people, three women and a man, wanted by police after a man was viciously attacked and robbed in the East Village on Saturday, October 26, 2019, police say. (NYPD)

According to authorities, the 35-year-old man was walking on Avenue C, near East 3rd Street in the East Village, around 12:30 p.m., when he was approached by two individuals.

The two unidentified people engaged him in conversation and were soon joined by two other individuals, police said.

The four people, police described as three women and a man, then took turns punching the man until he fell to the ground, according to officials.

Once the victim was on the ground, the group continued to punch and kick him in his head and body, police said.

According to authorities, the group then stole the man's jacket, boots and sunglasses, as well as just $1 in cash, before fleeing the scene.

The man sustained lacerations and bruising to his head and torso and was taken to a local hospital for treatment, police said.

The NYPD has released the above surveillance video of the incident.

Police describe the group as being in their 20s to 30s. The three woman had heavy builds and two of them were carrying handbags, police said. The man has a medium build, facial hair, and a full head of black hair, officials said.