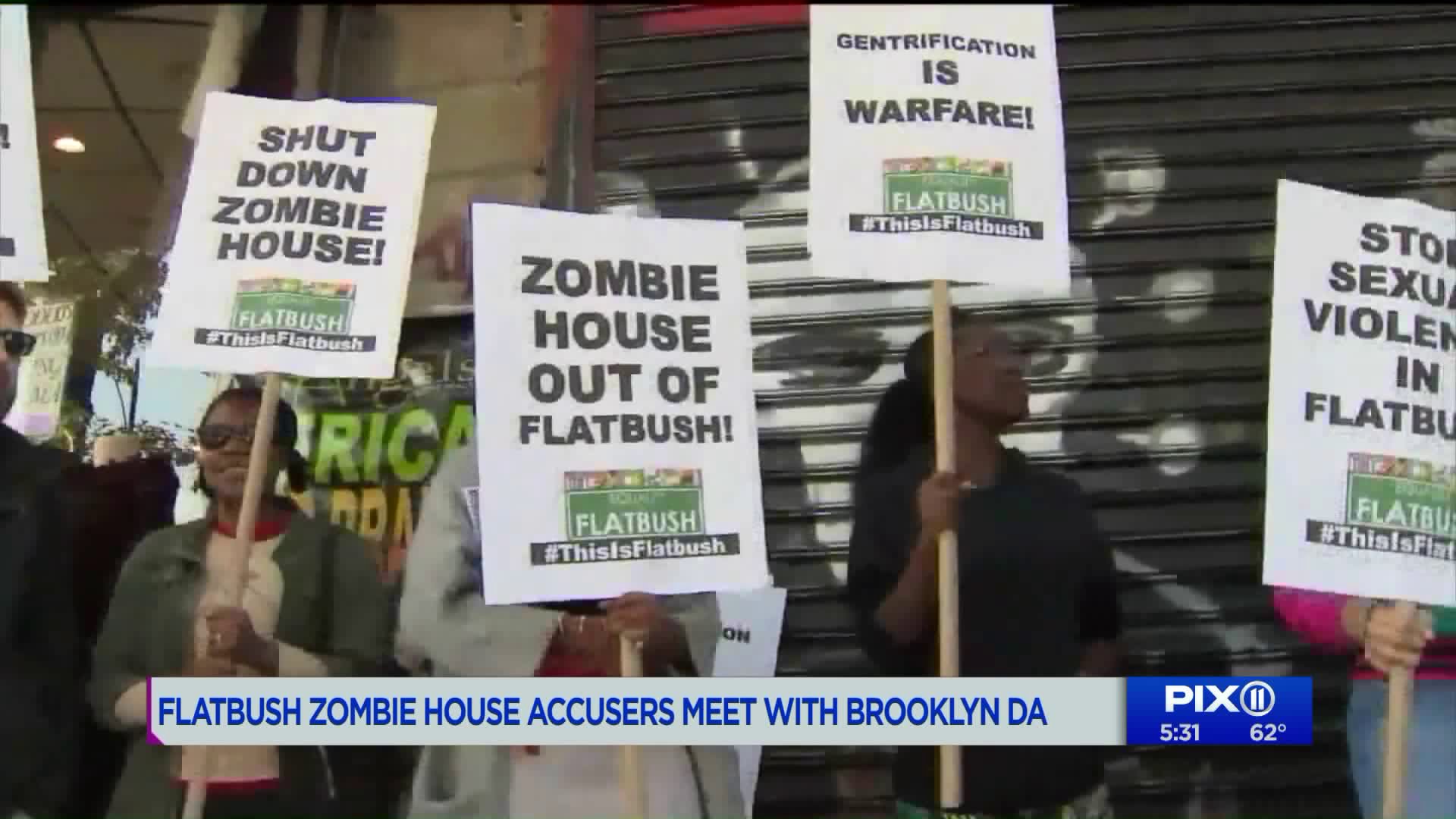 Many of the protesters say that they`ve been sexually assaulted at the bar. One says the owner wouldn`t release the full surveillance video of her attack.

BROOKLYN — Mykeena Garcia is still pushing for change, five weeks after Garcia says she was assaulted by a man inside a Brooklyn lounge, the Flatbush Zombie House.

She was taken down by a knockout punch and the owner failed to share crucial surveillance video of the suspect, she told PIX11

On Wednesday, Garcia, along with activists from the Arc of Justice, met with Brooklyn District Attorney Eric Gonzalez. They called for prosecutors to take a closer look at the Flatbush Zombie House and its owner.

After Garcia shared her story exclusively with PIX11 in September, several others spoke out abut their experiences inside the lounge.

After a closed door meeting with District Attorney Gonzalez, Garcia and her supporters left optimistic.

"They will launch an immediate investigation into actions inside the Zombie House," Foy said.

Zombie House management did not immediately respond to PIX11’s request for comment.