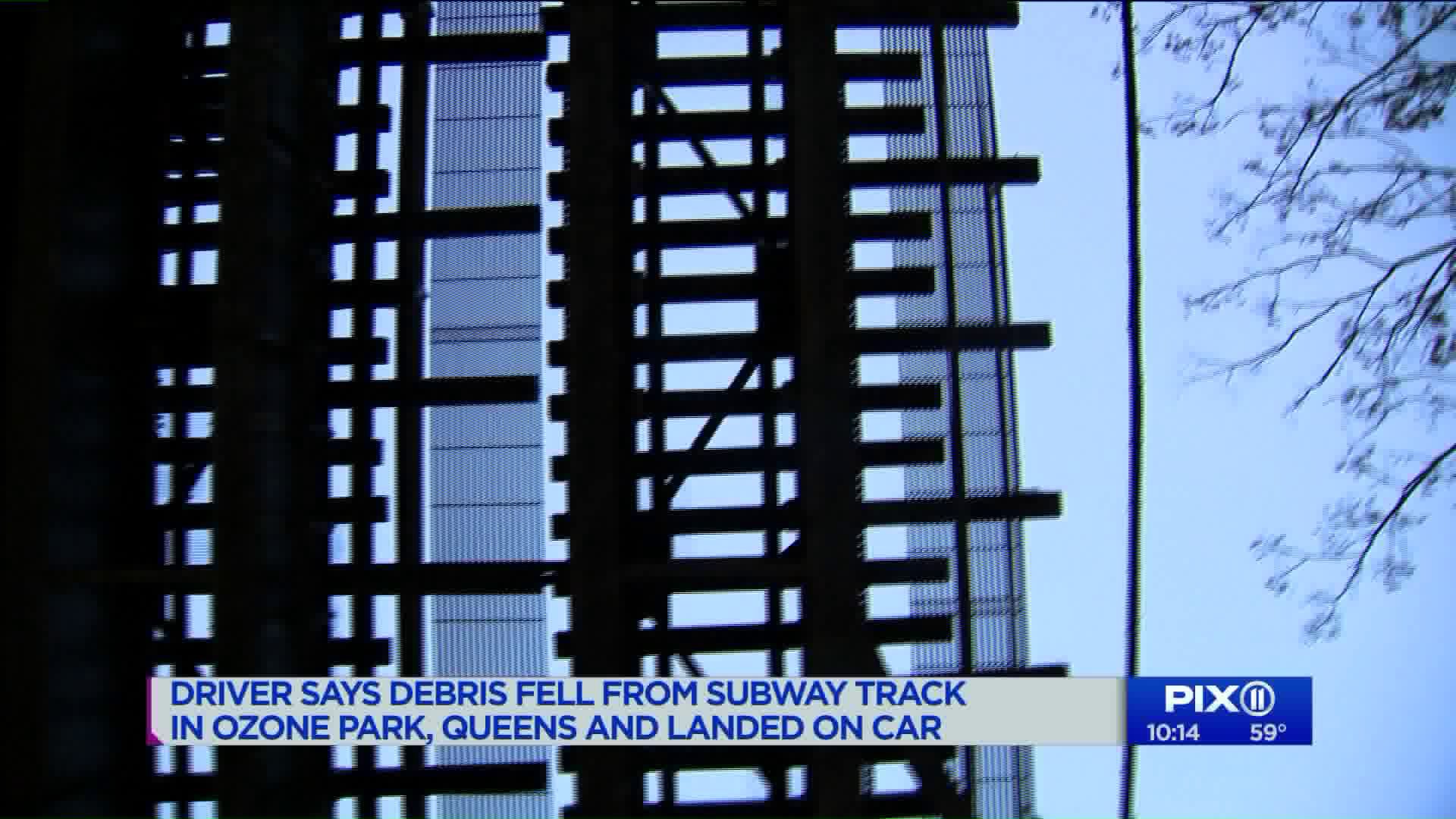 A 20-pound piece of metal called a D-Wedge holds guardrails in place along 60 miles of elevated train tracks in New York City.It landed on a livery car along Liberty Avenue at 100th Street in Ozone Park, Queens on Tuesday afternoon.

A 20-pound piece of metal called a D-Wedge holds guardrails in place along 60 miles of elevated train tracks in New York City.

It landed on a livery car along Liberty Avenue at 100th Street in Ozone Park, Queens on Tuesday afternoon.

The driver of the car said she heard a loud boom as she stopped to pick up a passenger.

MTA NYC Transit President Andy Byford headed to the scene Tuesday evening to issue an apology to the driver and say he takes the issue very seriously.

He ordered inspectors to physically check more than 325,000 baskets within the course of the next seven days. The baskets have been a part of the elevated structures for years in areas with large bolts.

The agency will also review of all video footage of elevated structures by cameras mounted on track geometry inspection cars fitted with GPS over the course of the next week.

Byford estimates there are about two million pieces of metal throughout the elevated system, which stretches for 60 miles.

“In addition to post-incident inspections, we are taking aggressive action to proactively prevent debris from dislodging and to catch it if it does come loose. Any of my team found to be derelict in maintaining or inspecting safety equipment, including elevated structure containment baskets, will be held fully accountable," said Byford in a written statement.

Track inspections are to be conducted every two days. They have been increased since the summer when debris fell a few times from the 7 train.

On October 23, a similar incident happened near Queensboro Plaza. In a news release, the MTA says that bolt came loose and fell from the line because a containment basket was found to be misaligned at that location.

Disciplinary action has been initiated regarding this incident, according to the news release.

Additionally NYCT is accelerating the deployment of approximately 1.5 miles of netting at two additional new locations:

The 2020-2024 Capital Plan includes approximately $200 million for additional netting throughout the system to prevent fallen debris incidents. An additional $75 million has been allotted in the current Capital Plan.

Officials have also contacted other transit agencies to see how those systems secure their elevated areas.