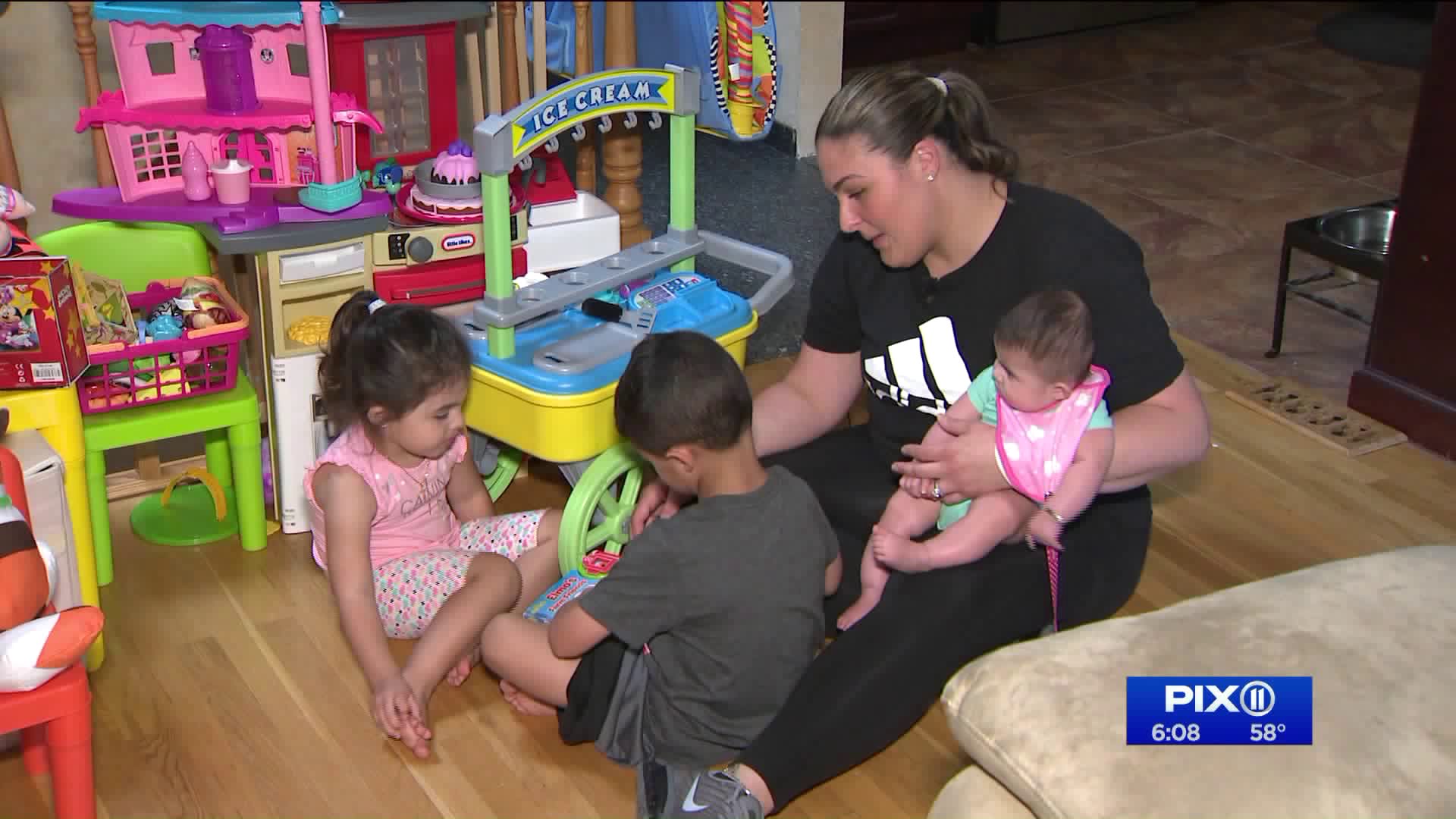 A Staten Island couple just moved back into their home. They had to swim out during the storm. Mary Murphy has more ont their story.

STATEN ISLAND — Seven years after Superstorm Sandy sent Cara Londono swimming for her life from her house on Seaview Avenue, the Staten Island mom is still overcome with emotion talking about the stress of the situation.

Her three children were born after the storm.

Londono, her husband, and the kids spent the last three years in a cramped rental apartment, while their house was knocked down by the Build it Back program and replaced with a "raised" modular home.

Londono first contacted PIX11 in August, when her contractor wouldn't grant her a Certificate of Occupancy.

The contractor said the city owed him money.

When PIX11 called City Hall and then aired Cara Londono's story, "We got the C of O within 24 hours," she said.

The family started to move back home this month, three weeks before the seventh anniversary of the storm, which caused more than $70 billion in U.S. property damage and killed 60 people in New York and New Jersey alone.

But it wasn't happily ever after.

Londono showed us a wall that was missing kitchen cabinets, cracked floor tiles, an attic door in the ceiling that didn't have steps, and a bathroom without a medicine chest or towel rack.

What most upset her was the reaction of her 3-year-old daughter, who had to leave nursery school one day.

The little girl was upset about the disarray of the family house on Seaview Avenue.

"She keeps saying 'Mom, I just want to go home,'" Londono said through tears. "And I try to tell her this is our home. She just doesn't get it."