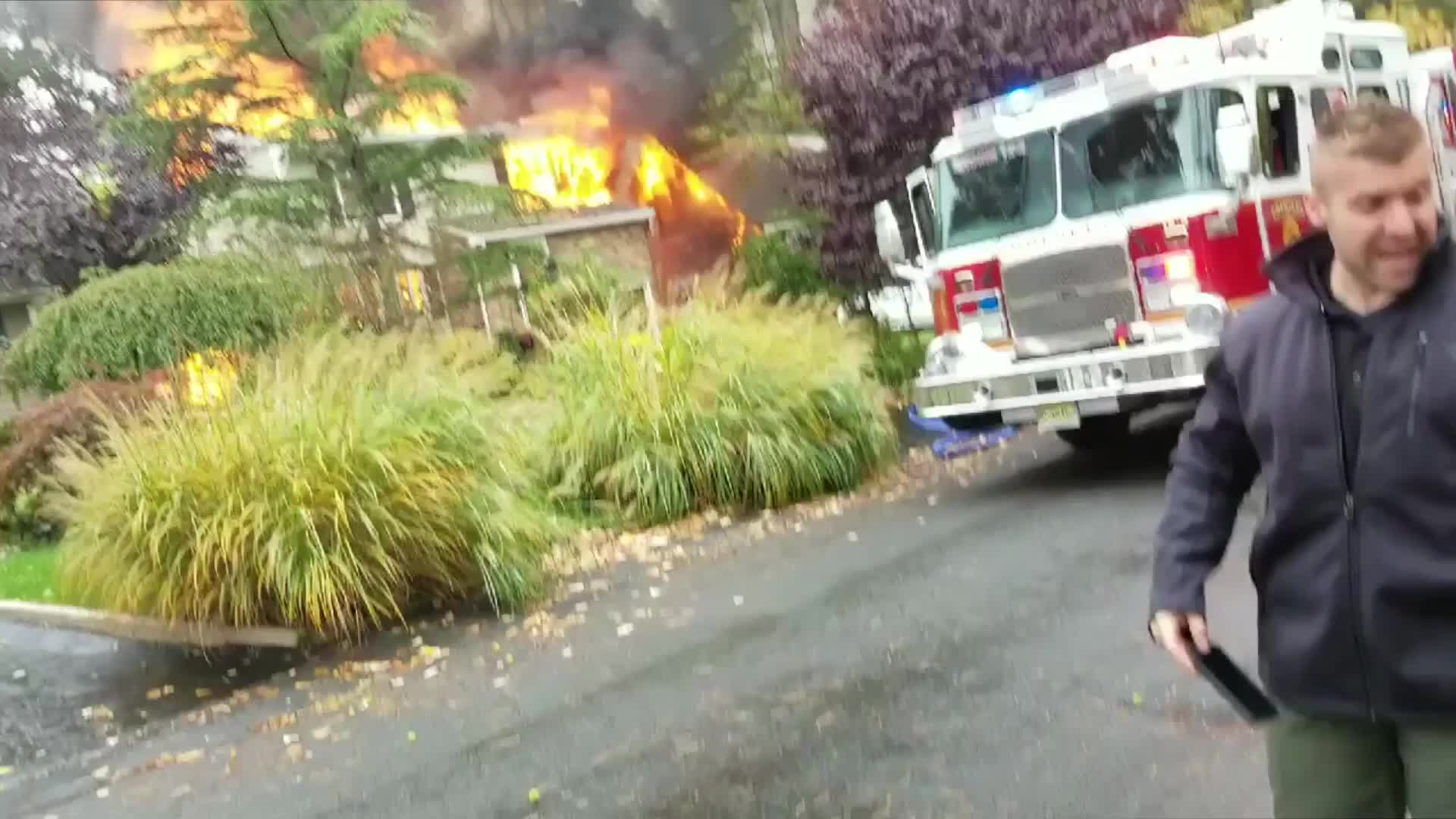 Video shows firefighters working to put out a blaze at a New Jersey home after a small plane crashed into it, sparking a fire. (CREDIT: MICHAEL YONONE) 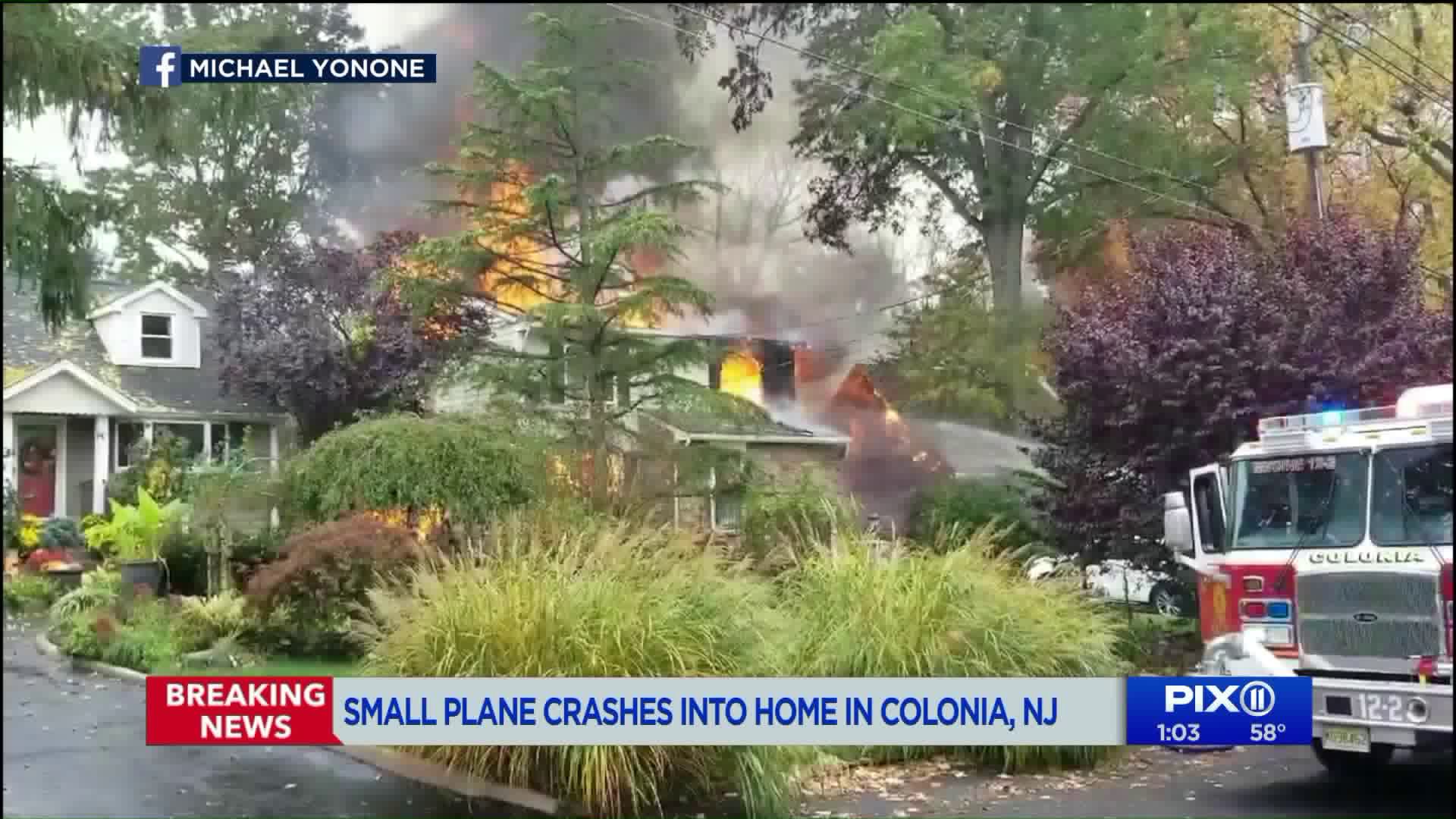 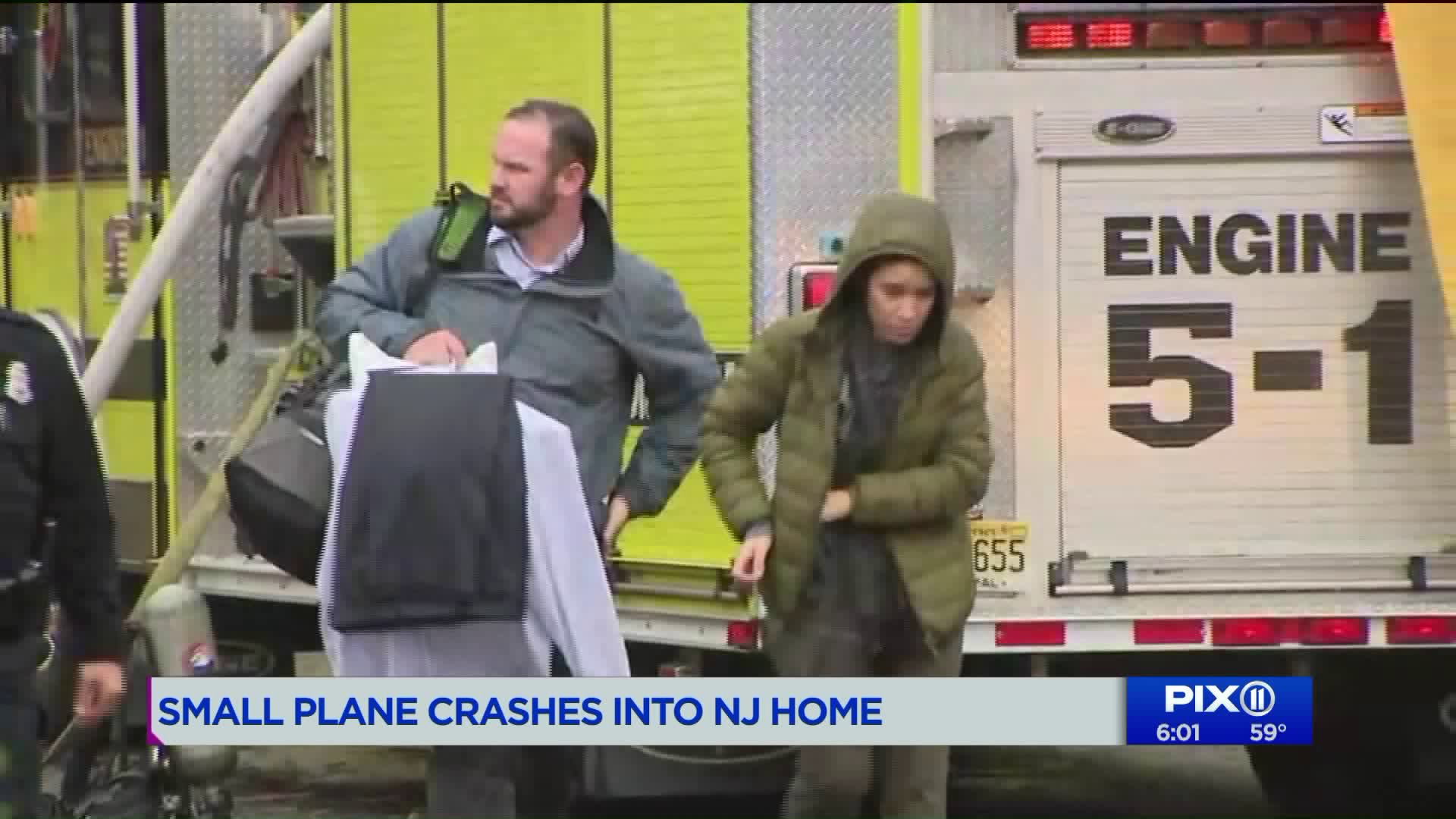 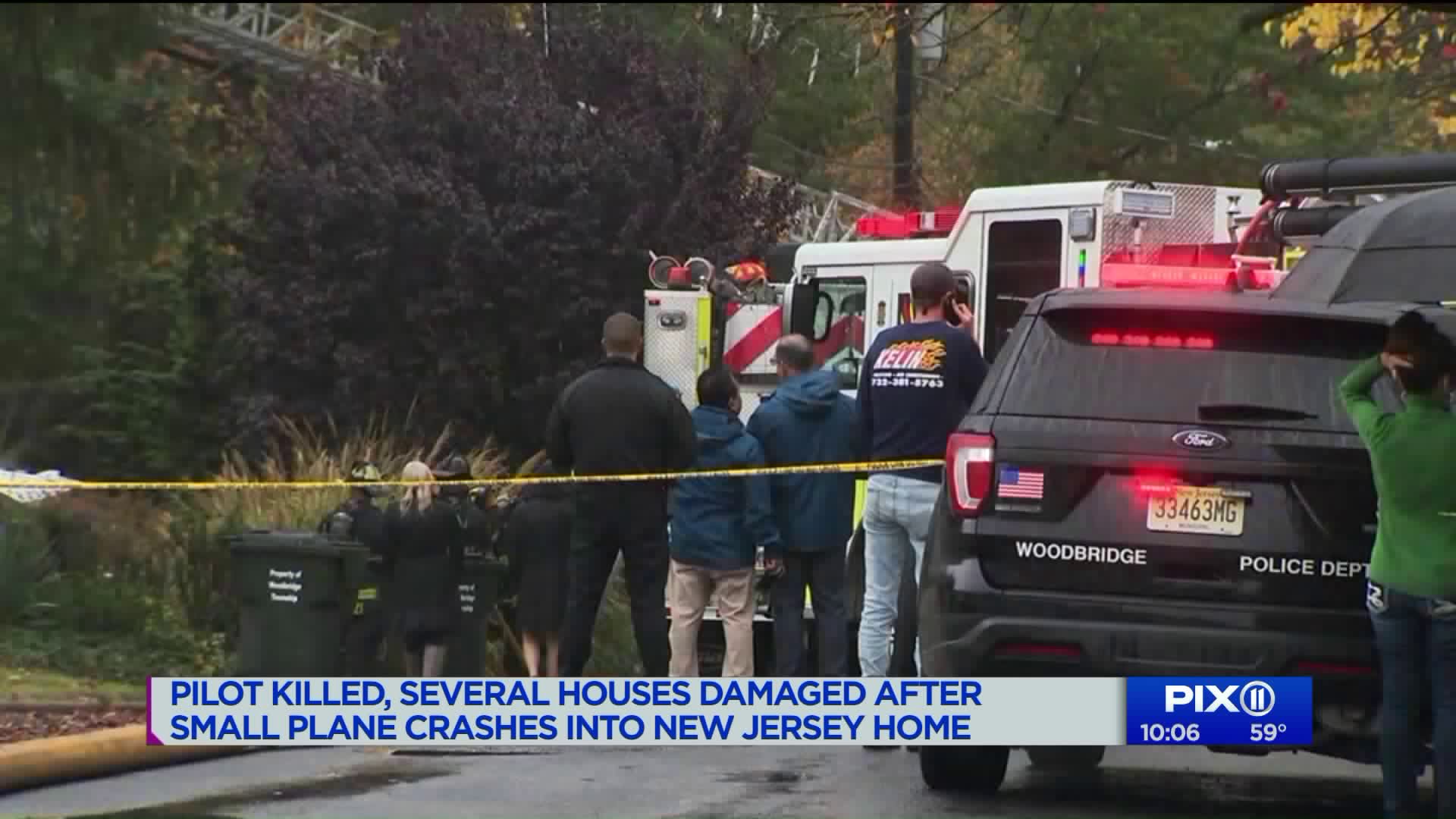 COLONIA, N.J. — A pilot was killed when the small plane he was was flying crashed into a New Jersey home Tuesday morning, sparking a fire, officials said.

The flight departed from outside Leesburg around 9:50 a.m. and headed for Linden, N.J., according to National Transportation Safety Board officials. It crashed several miles from the Linden Airport.

The pilot was cleared for an approach, then lost radar contact and communications with the airport. There is no indication a distress call made from the pilot.

"Dr. Schloss was an amazing human being," Dudley said. "He was a renowned cardiologist who was on his way to a lecture when this accident occurred."

"Something happened to overwhelm him up there," he said. "I'm sure if it was the weather or something medical, but something overwhelmed him."

The FAA confirmed that a Cessna 414 aircraft crashed into a house around 11 a.m. on Berkley Avenue in Colonia, part of Woodbridge Township.

Local officials said the house was on fire after the crash, according to the FAA.

Woodbridge Township Mayor John McCormac confirmed that no civilians on the ground were injured in the crash and subsequent fire at a news conference Tuesday.

McCormac said that nobody was in the home at the time of the crash. The fire did damage a neighboring home, but a woman inside that house was able to escape, he said.

According to the mayor, authorities got the call after a neighbor saw the fire after the crash occurred.

The FAA reported the pilot of the small plane was the only person onboard at the time of the crash, according to McCormac.

The mayor said the plane had departed from Virginia and was heading to Linden Airport in Linden, New Jersey.

The FAA said were heading to the scene to begin their investigation and that the National Transportation Safety Board will also investigate to determine the probable cause of the crash.

In total, the airplane impacted three houses and part of another.

Facebook user Michael Yonone shared the video below of the fire that started after the crash.