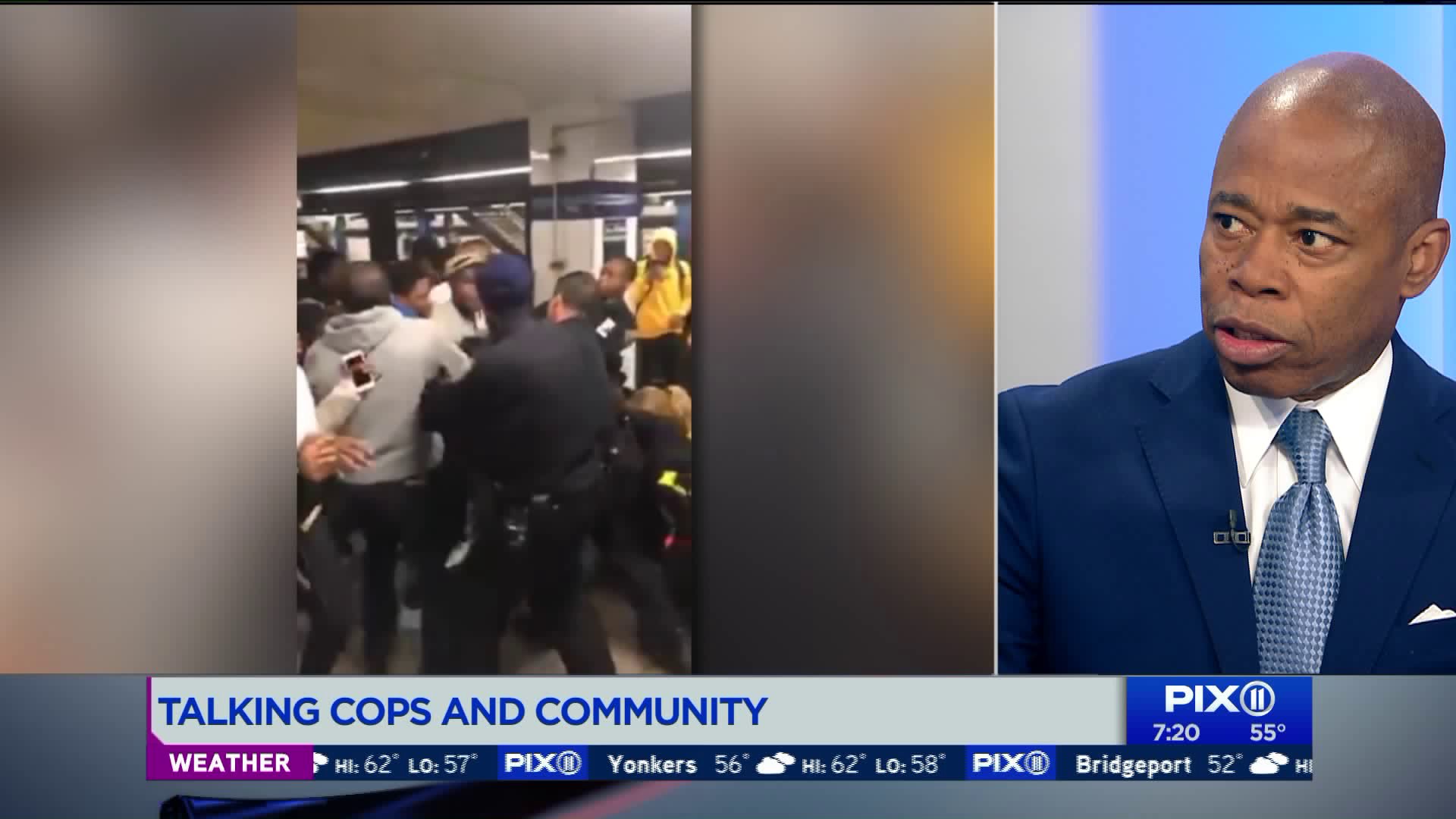 The Brooklyn borough president sits down with Dan Mannarino to talk about policing and the community in his borough after two instances of cops using potentail excessive force in recent weeks. Eric Adams speaks out after an NYPD officer was caught on camera punchin teens during a subway station melee.

NEW YORK — Brooklyn Borough President, and former NYPD officer, Eric Adams stopped by the PIX11 Morning News to talk with Dan Mannarino about policing and the evolving relationship between his community and cops.

Adams' appearance comes amid controversy surrounding footage of an NYPD officer punching several teens during a melee involving cops and a group of people in a Brooklyn subway station last week.