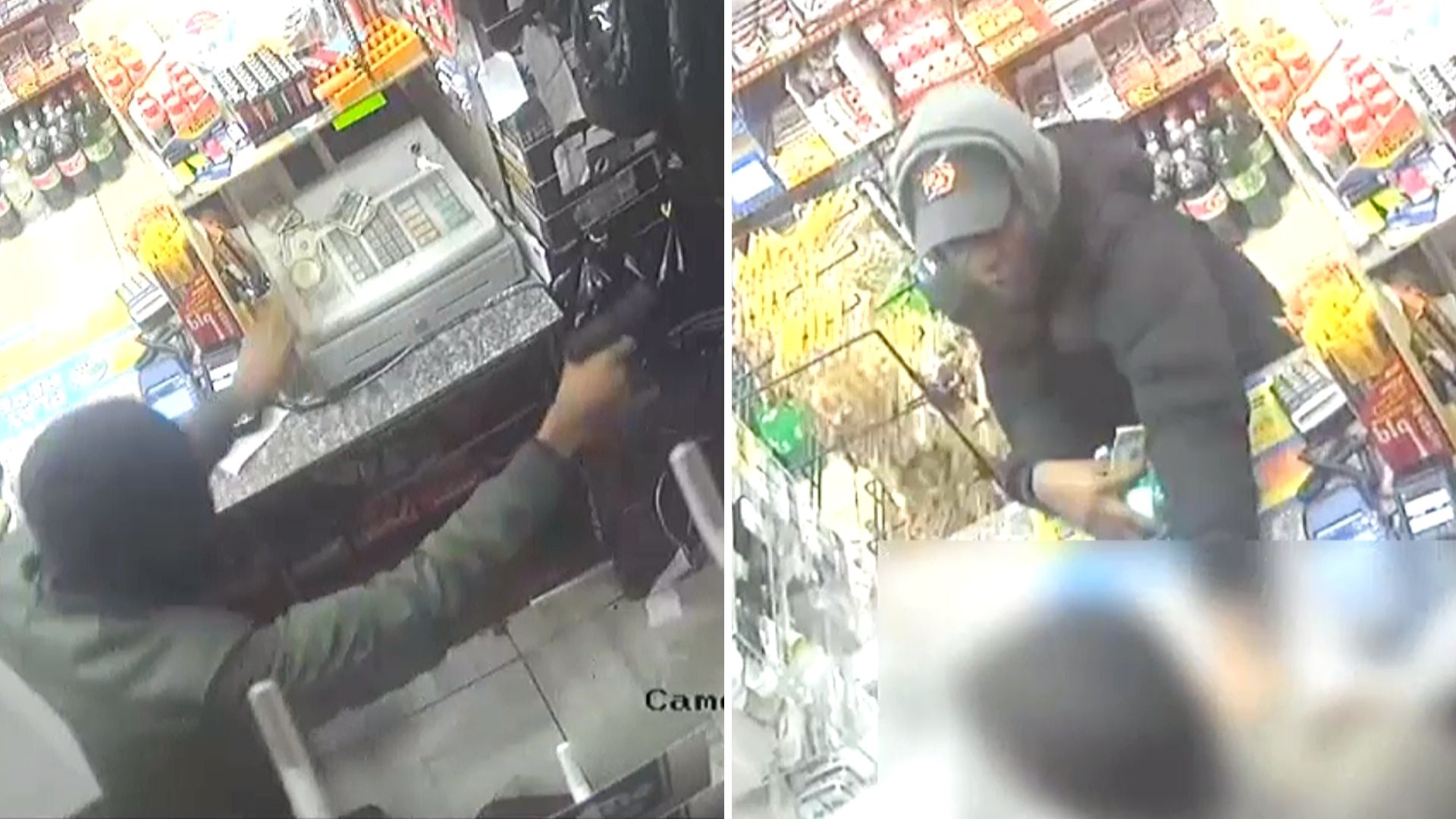 Raw surveillance video. Police are looking for two men who attempted to rob a deli at gunpoint in Crown Heights, Brooklyn, on October 21, 2019. (NYPD)

CROWN HEIGHTS, Brooklyn — The NYPD is looking for two men they say tried to rob a Brooklyn deli at gunpoint earlier in October.

According to police, just before 1 a.m. on Monday, Oct. 21, an unidentified man, acting as a lookout, pretended to buy a drink at a deli near the corner of Nostrand Avenue and Sterling Place in Crown Heights.

Another man then entered the store and immediately pointed a gun at the man working behind the counter, police said.

Officials said the armed man threatened the employee and tried to remove cash from the register, but was not successful.

The two men fled the deli in an unknown direction without any cash, according to police.

Police have released the above surveillance video of the attempted robbery.