Man wanted in connection with series of Queens robberies: police 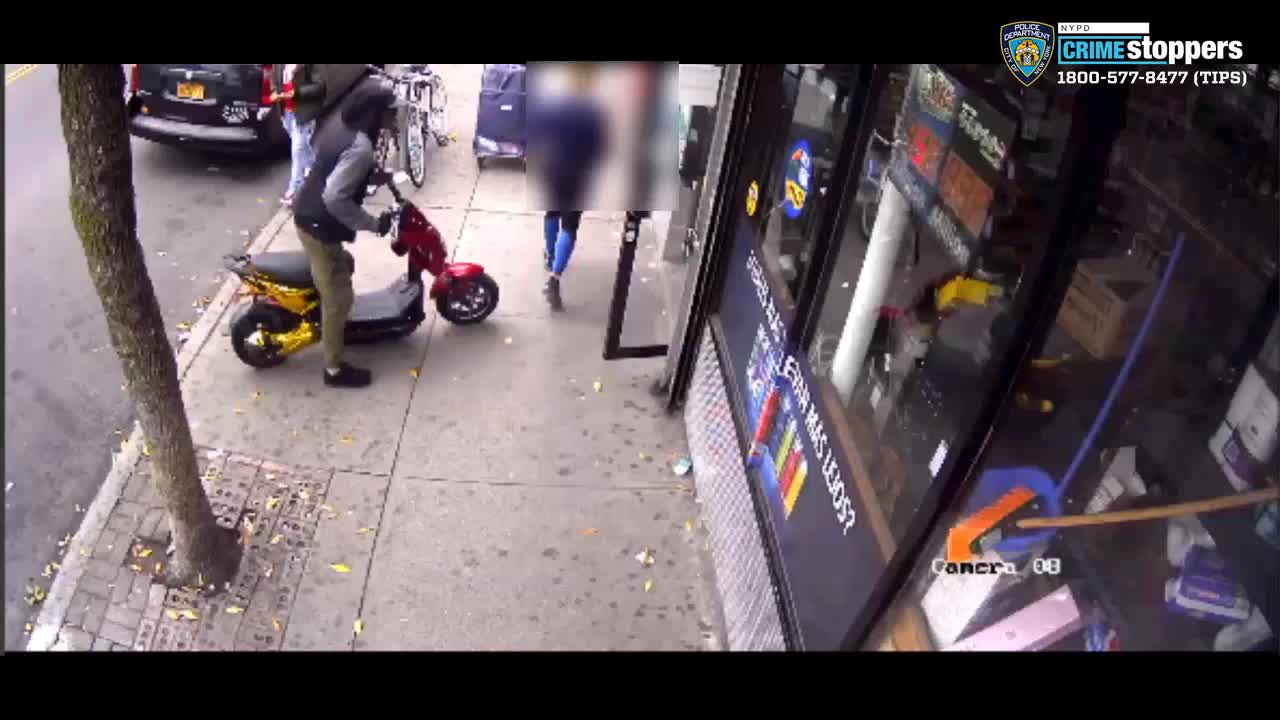 CORONA, Queens — A man who drives a red and yellow scooter is wanted for a series of three robberies in Queens over the past month, police said.

The man's pattern involves approaching people on the scooter, asking his victims if they are gang members and stating he has a firearm while demanding cash and cell phones.

The first incident took place on September 29 at around 9:30 p.m. The suspect approached a 20-year-old man on Gleane Street and demanded cash, a cell phone and removed a yellow metal cross chain from the victim's neck before fleeing on the scooter.

The second incident took place October 8 at 11 a.m. when the man approached a 19-year-old male on the corner of 111th Street and 42nd Street. The individual fled after demanding cash and a cell phone.

The third incident happened on October 14 at 1 p.m. The suspect approached a 15-year-old girl and removed her cell phone from her hand. He fled southbound on 105th Street.

The suspect is described as a male, approximately 5-feet-10-inches, 185 pounds, light complexion and last seen wearing a black and gray jacket with a hoodie, gray shat, black sneaker and green cargo pants.

Anyone with information in regard to the identity of this male is asked to call the NYPD's Crime Stoppers Hotline at 1-800-577-TIPS (8477) or for Spanish, 1-888-57-PISTA (74782). The public can also submit their tips by logging onto the CrimeStoppers website at WWW.NYPDCRIMESTOPPERS.COM, on Twitter @ NYPDTips. All calls are strictly confidential.