Teen struck by gunfire outside Queens school; shooting may be connected to death of 14-year-old 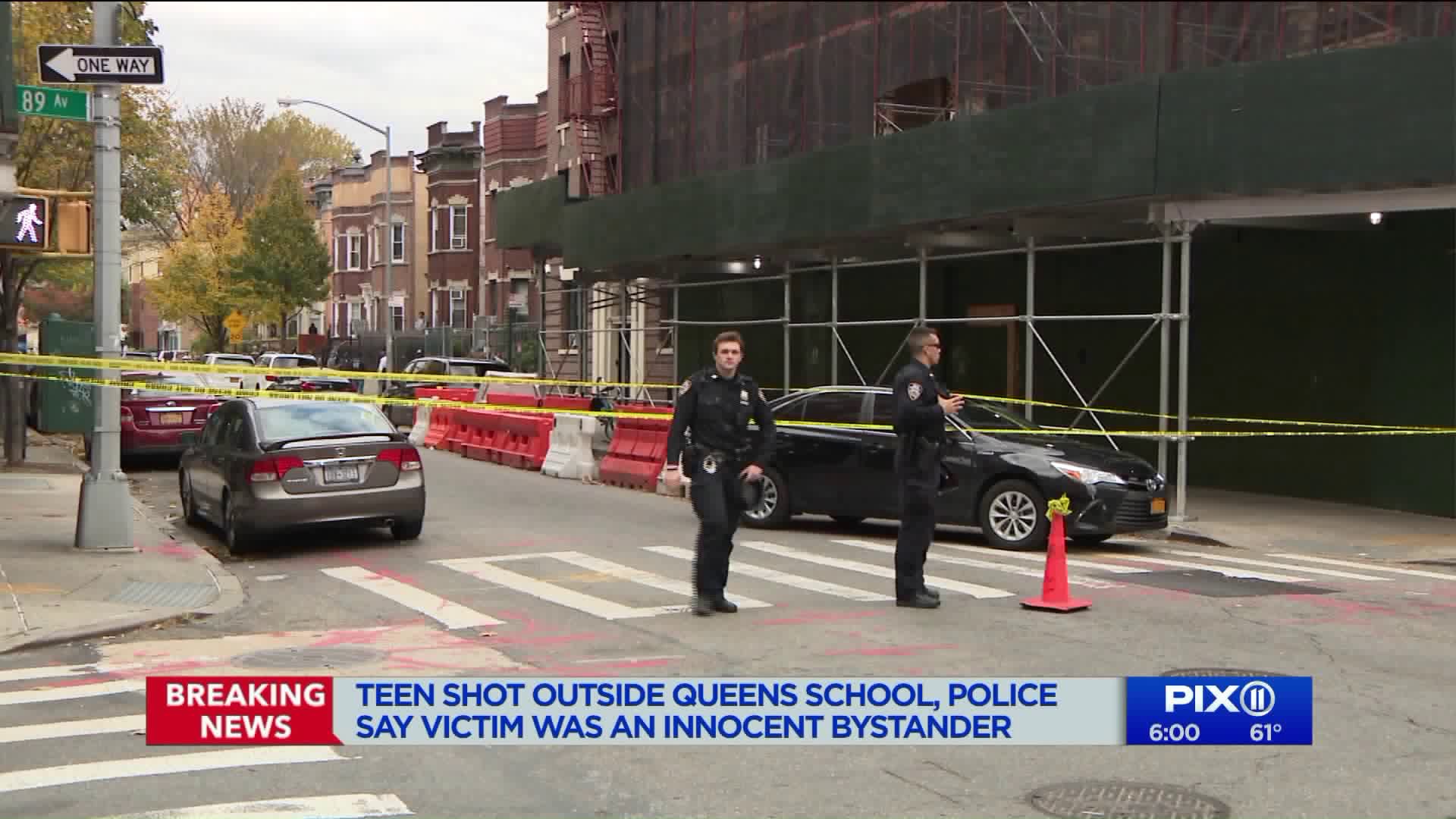 Students were leaving New Dawn Charter School near 89th Avenue and 161st Street just before 4 p.m. when a fight broke out, sources said. It escalated and the teenage girl was shot. Police are looking for a teenage shooter, sources said. 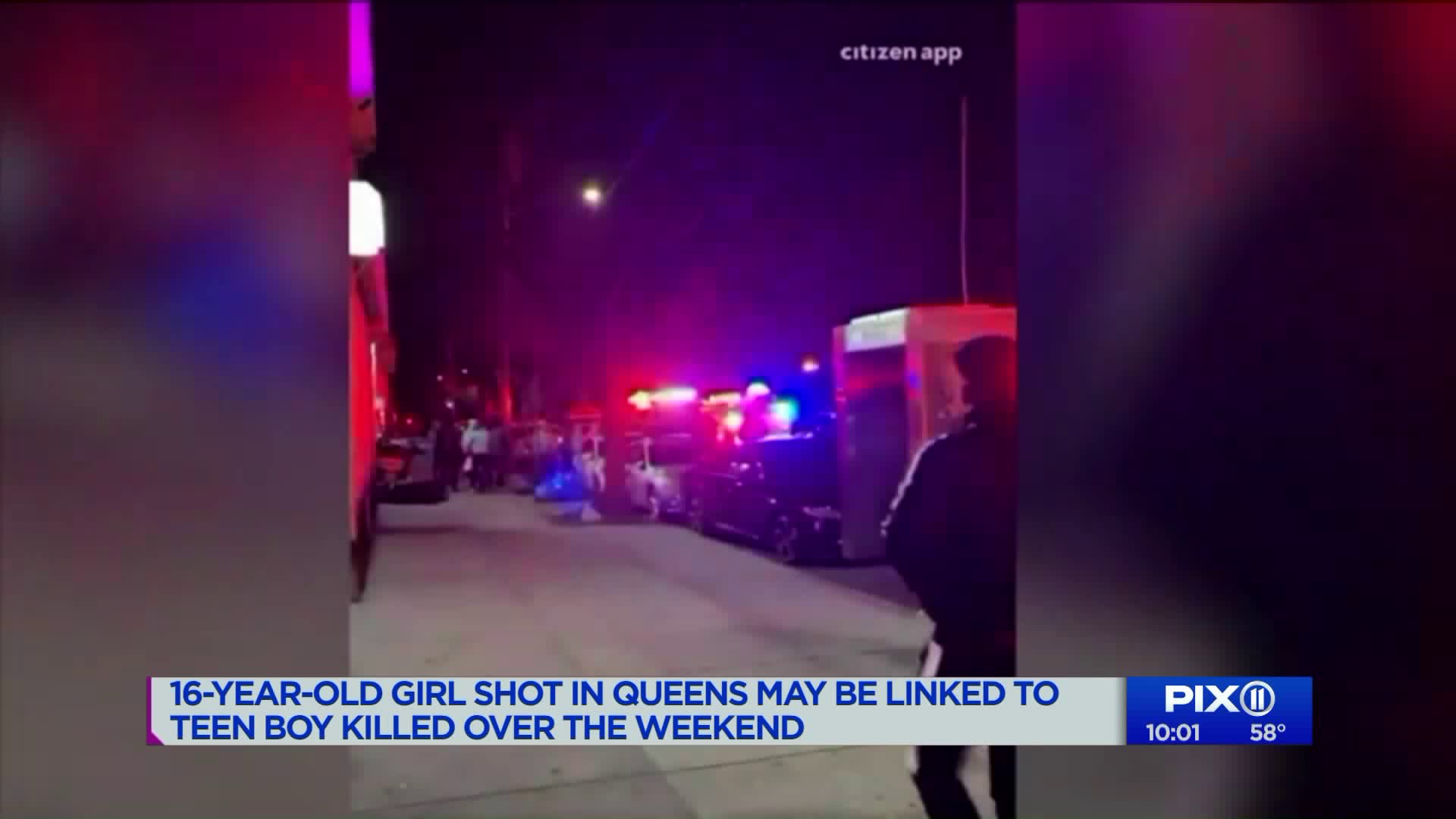 JAMAICA, QUEENS – A 16-year-old girl was shot in the shoulder as school was let out on Monday afternoon and police are looking for a teenage suspect, officials and sources said.

Students were leaving New Dawn Charter School near 89th Avenue and 161st Street just before 4 p.m. when a fight broke out, sources said. It escalated and the teenage girl was shot. She was not the intended target.

"There was a couple of kids fighting over here by the school and there was one guy who was getting beaten up on," Smith said.

Then he heard gunshots.

"It was so loud. I thought it was right behind me," he said.

A woman in the area told PIX11's Nicole Johnson she heard two shots and saw people yelling and screaming afterward.

It’s only been a week and a half since 25-year old Gregory Haskins was found was found dead outside his Jamaica, Queens apartment building with a gunshot wound to the chest.

It is a trying time here in Queens, where resident Tony Augusto says kids are learning the unfortunate lesson of how to run for their lives the moment a street fight turns into a gun fight.

"They think they can duck a bullet. That's the best way of surviving these days, running hunchback," Augusto said. "It's better to run that way in these types of neighborhoods than running straight up."

The victim in Monday's shooting taken to a local hospital for treatment. She's expected to be OK.

It's not yet clear what the fight was about.