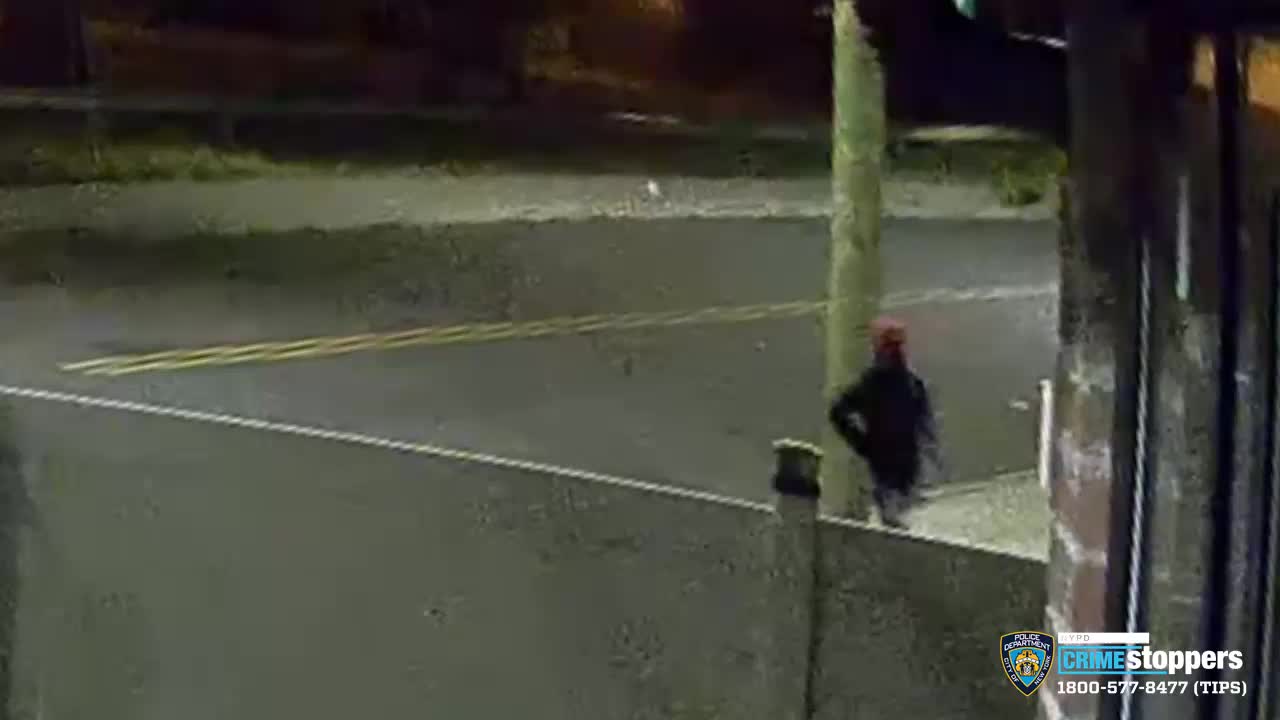 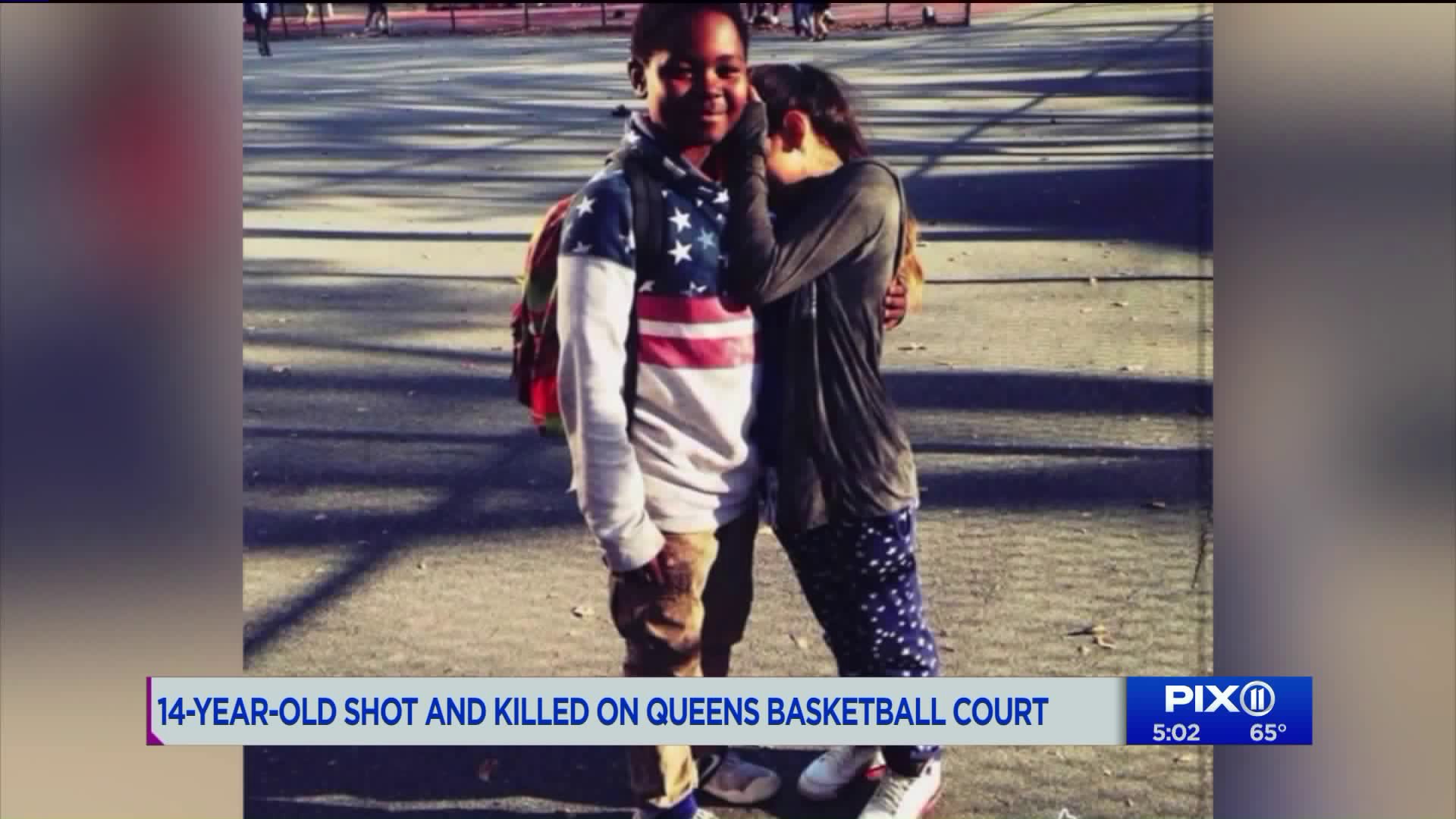 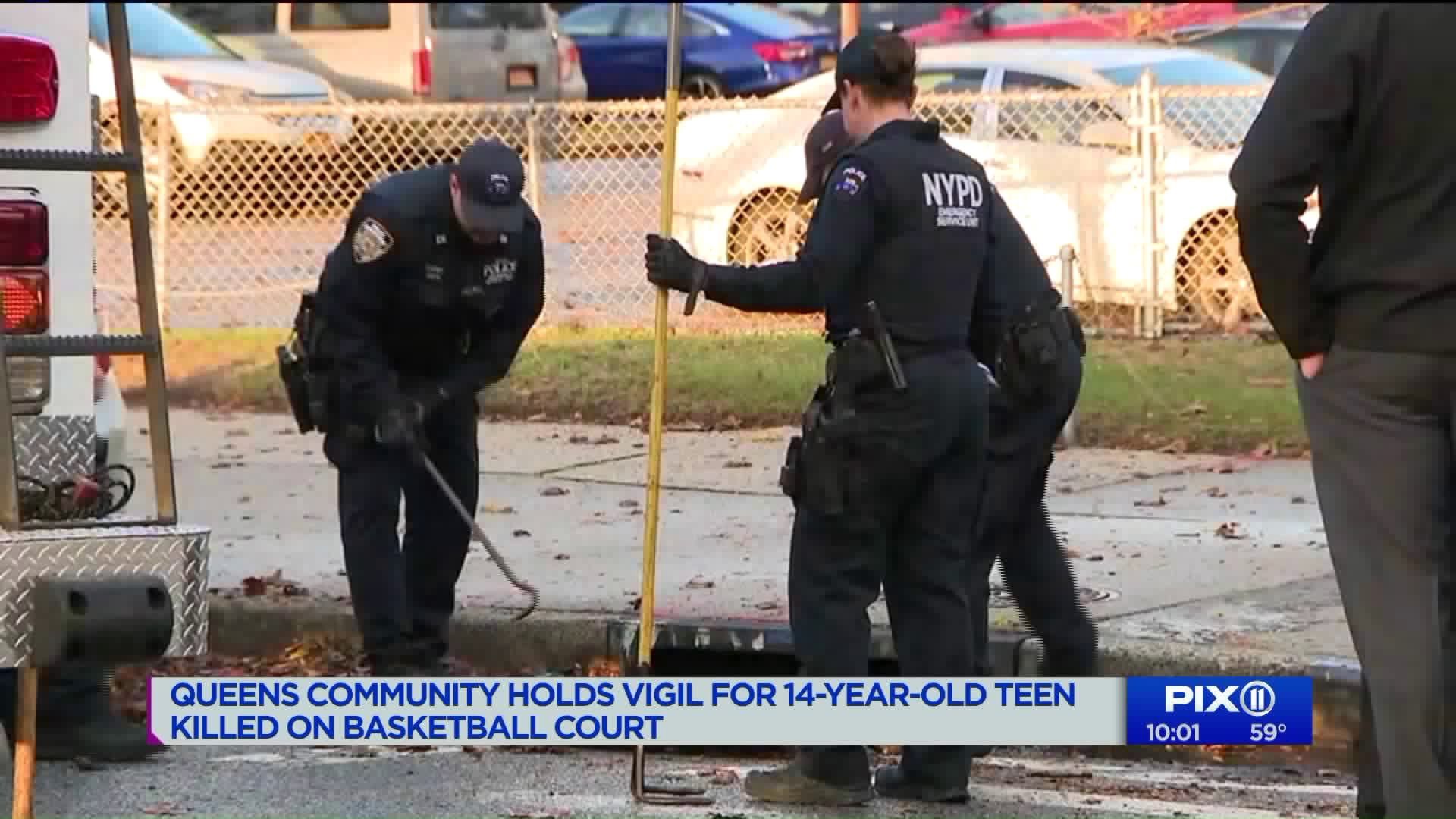 Aamir Griffin was shot from about 100 yards away, police said. The NYPD does not believe he was the intended target.

"Last night we suffered an immense tragedy within our community with the unimaginable murder of a child at the Baisley Houses," Captain Christopher Giambrone, commanding officer of the housing police service area, tweeted. "Words can not express the sorrow we at PSA 9 feel at this time and we offer our deepest condolences to the victim’s friends and family."

Officials said they responded to the call at the Baisley Park Houses just after 8 p.m. Saturday and discovered the boy with a gunshot wound. He was rushed to a local hospital where he was pronounced deceased.

Police have asked for help identifying two men in connection with the shooting. One man was last seen wearing a red hooded sweater and a dark colored jacket. The other man wore dark colored clothing.