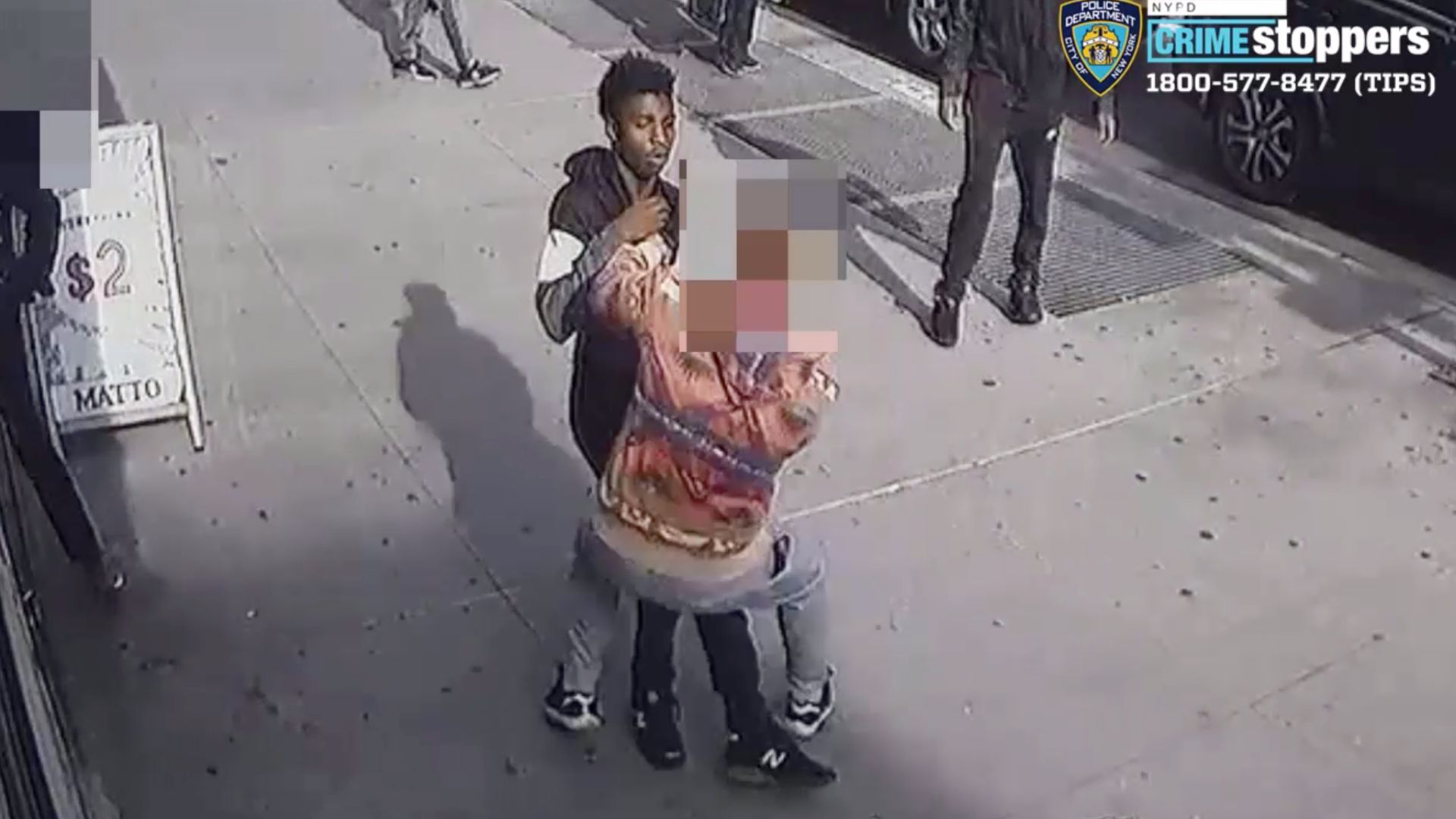 Raw surveillance video of a fight between a male patron at Matto Espresso coffee shop in Chelsea and individuals police say stole the tip jar from the cafe on Friday afternoon. (NYPD)

CHELSEA, Manhattan — Police are looking for a group of people who stole a tip jar from a Manhattan coffee shop Friday afternoon, according to authorities.

Around 2:40 p.m., the group entered Matto Espresso, located near the corner of Seventh Avenue and West 21st Street in Chelsea, and took the cafe's tip jar, police said.

When the group tried to flee, a male patron attempted to stop the alleged thieves and a physical fight ensued, spilling out onto Seventh Avenue, according to officials and surveillance video.

The group were able to get away, making off with an unknown amount of money, authorities said.

The group engaged in the fight with the patron can be seen in the above surveillance video released by the NYPD.