Dancing in the streets after Lower East Side parties 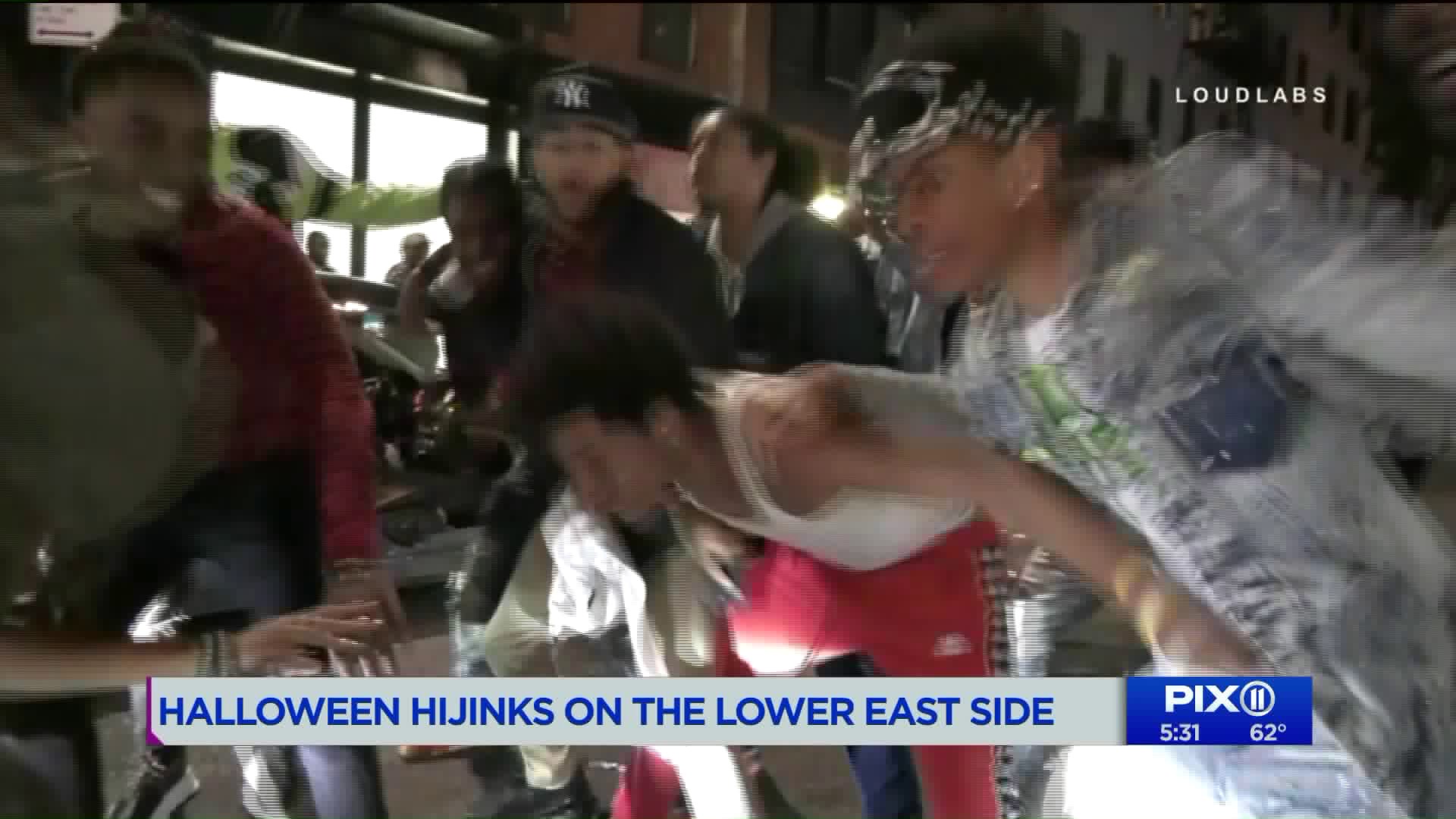 Not long after Mayor Bill de Blasio announced a new initiative to curtail the public hangover from partying on the Lower East Side, things got wild Friday night. But masny residents didn`t seem to mind.

LOWER EAST SIDE, Manhattan — Some witnesses described it as an out of control Halloween party, with people blocking traffic, dancing in the streets, drinking and possibly doing drugs, jumping on and stomping on the hoods of yellow taxis and Ubers.

That’s what early morning video shows at the corner of Ludlow and Stanton Streets on the Lower East Side.

At one point, police were called to the scene and talked to some of those jumping on cars. Revelers said they were having a great time.

Just a few days ago, Mayor De Blasio announced a crack down on scenes like this with the Office of Nightlife announcing new measures to keep the peace within a six block area of Ludlow and Orchard between Houston and Delancey Streets.

There are signs with new parking regulations speeding drop off and pick up, monitoring noise complaints and garbage cleanup starting at 6 a.m.

There were even new signs: “While you’re singing, someone is sleeping” and “It’s a sidewalk not a side lounge.”

“Just because you had a great party, doesn’t mean the Lower East Side should have a hangover,” a Mayor de Blasio said, “Respect your neighbors,” he added.

But surprisingly, even people who live in this neighborhood told PIX 11, what do you expect, it’s party central.

An NYPD spokesman said no arrests were made.