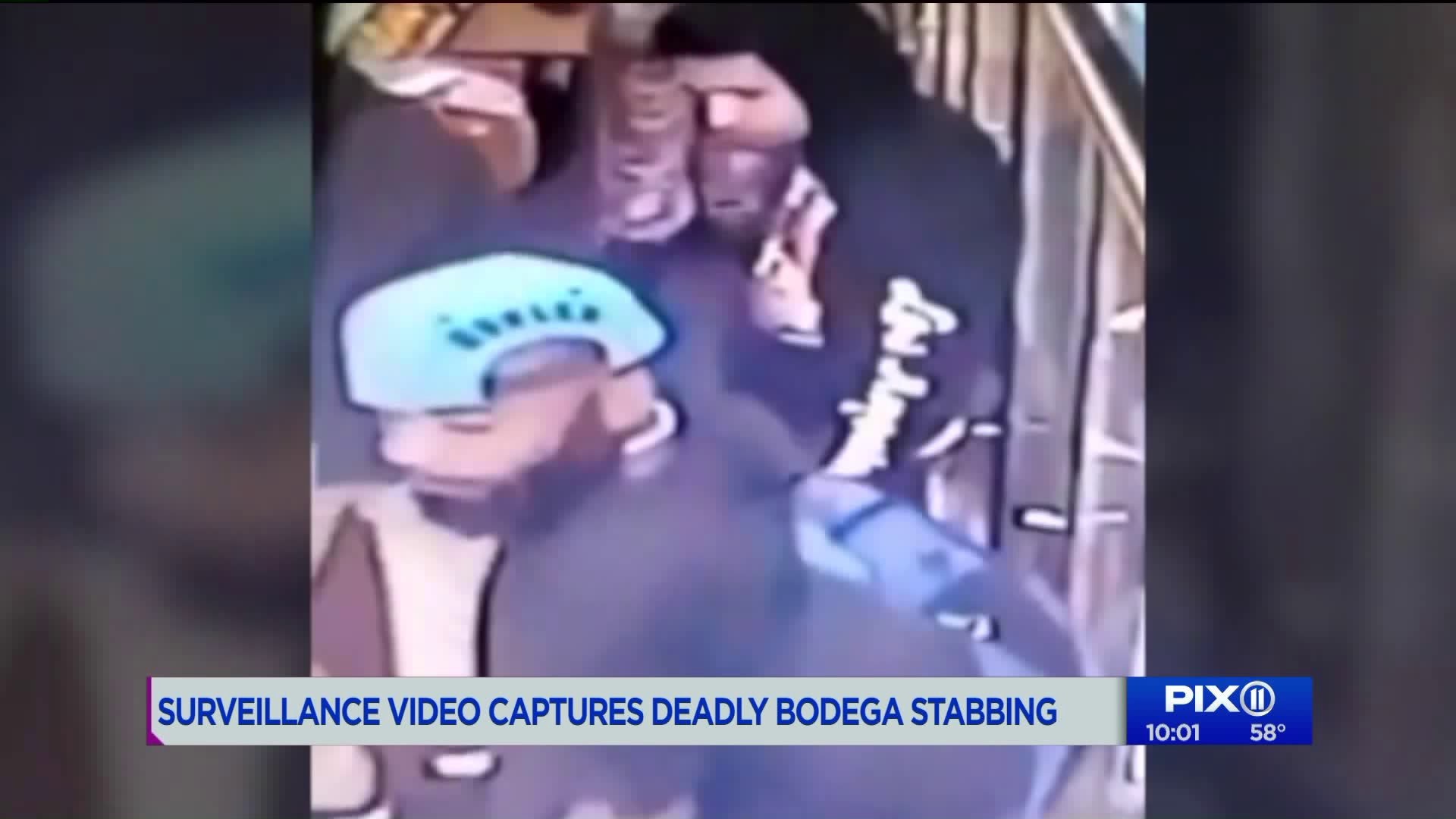 THE BRONX — Family and friends of Franki Williams held a candle light vigil Saturday night. They celebrated the life of a father, a husband, a friend and a musician.

They were heartbroken and angry after watching a video of him being stabbed to death.

The video is hard to watch. His cousins say it shows the unprovoked murder of Franki Williams Thursday afternoon inside Robinson's Deli in the Bronx.

"That guy just attacked him off guard. My cousin wasn't even a fighter," said Stacey Solis.

Police arrested Ronnie Torres, who works at the deli. He was charged him with murder.

There were conflicting reports that Torres was trying to stop Williams from stealing a beer.

"They try to portray him as he was stealing beers, no where in the video is there a beer in his hand," said Solis.

Williams, who leaves behind a wife and 14-year-old daughter, was an aspiring musician.

His friends played his music as they remembered a loving soul.

"My cousin would never steal from anybody and we just want justice he deserves," said Gracye Solis.

His friends say he was always smiling and peaceful.