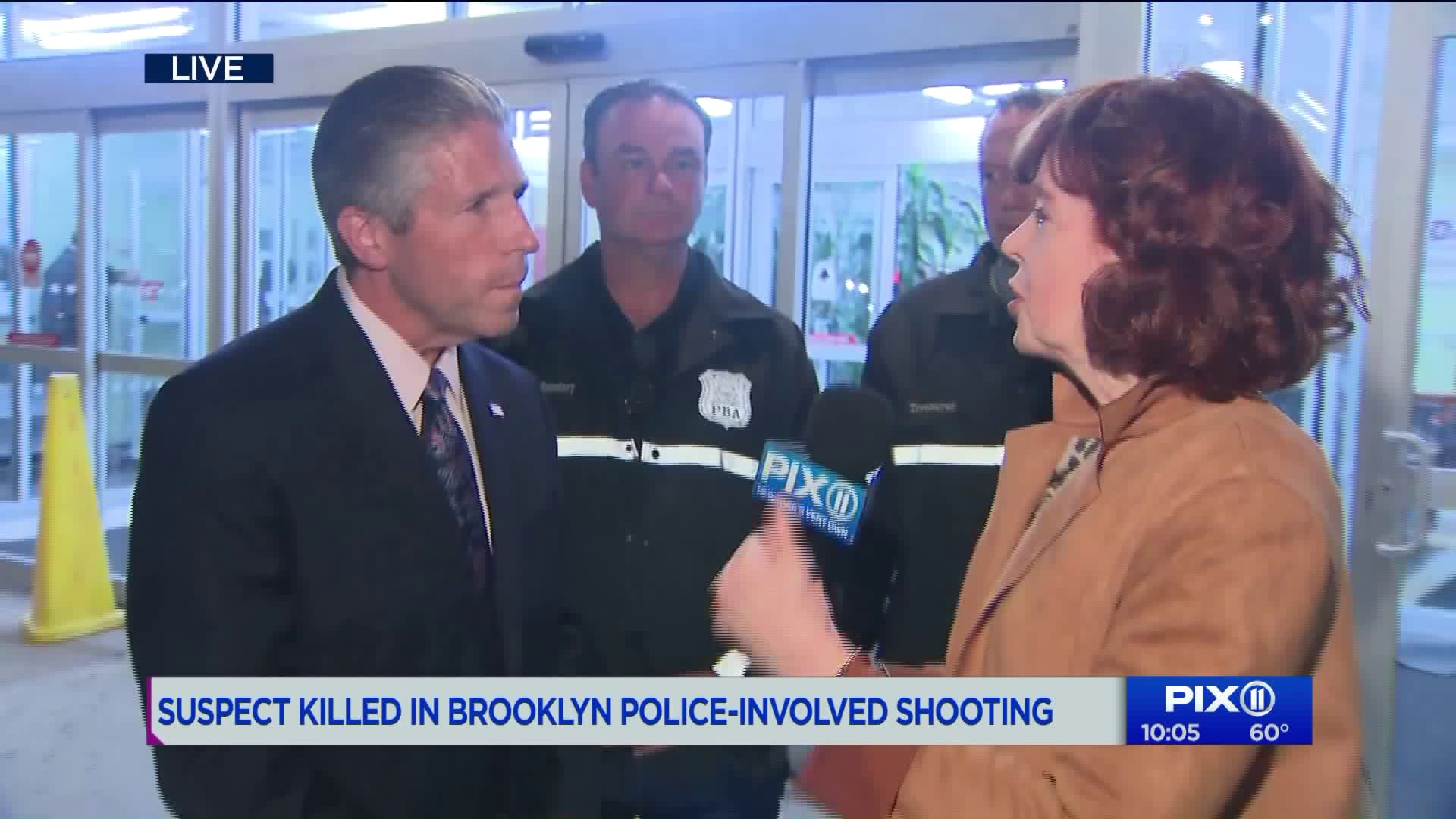 In the past few weeks, five officer-involved shootings have taken place in the city. 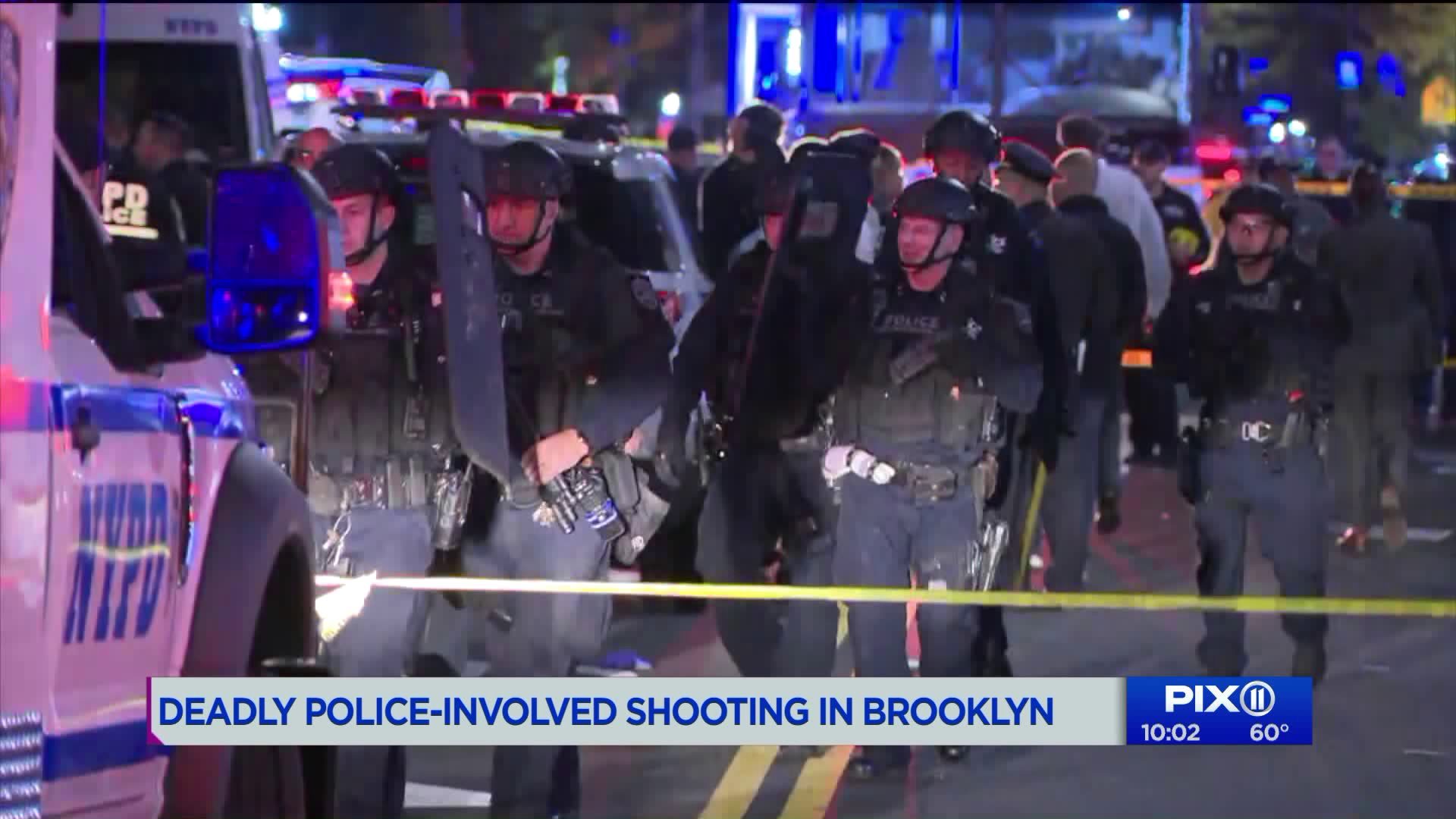 BROWNSVILLE, Brooklyn — An NYPD officer is in a medically induced coma and the man who struck him with a chair is dead after being shot by the cop during the melee at a Brooklyn salon Friday, according to police.

It all started around 5:40 p.m. when a man entered Goldmine Nail Salon on Mother Gaston Boulevard, near Sutter Avenue in Brownsville, and tried to use the salon’s restroom, according to the NYPD.

The man began urinating in the middle of the salon, prompting salon employees to ask two uniformed officers patrolling nearby to remove the man from the business, police said.

According to authorities, when the officers investigated they determined that man had an active warrant and began to place him under arrest and he began to resist.

Another man standing outside the store then entered and engaged in a violent struggle with the cops, police said.

One of the officers deployed his Taser in an attempt to subdue that second man, but it was ineffective in stopping him, officials said.

That man then picked up one of the metal chairs in the salon and struck one of the officers in the head, prompting the cop to discharge his firearm six times at the man, according to police.

Assemblywoman Latrice Walker, at the scene Friday, said that man had been fatally shot. Police later confirmed the man was pronounced dead at the scene by EMS.

Witnesses on the scene told PIX11 News that the man shot was initially selling T-shirts on the street, right outside of a nail salon.

Authorities said the officer who was struck in the head is now in a medically induced coma at a nearby hospital and is in critical condition.

The officer's partner was treated for tinnitus, or a ringing in the ears, at another hospital, and has since been released, police said.

The NYPD said the man police initially tried to arrest in the salon has been apprehended and charges are pending.

The incident is now the fifth police-involved shooting in New York City in recent weeks.

An NYPD officer's bulletproof vest saved his life during a violent confrontation that left an armed man dead in Harlem early Wednesday, according to officials.

A man was fatally shot by police during a Bronx traffic stop Oct. 17 in what was, at the time, the third police-involved shooting that week, the NYPD confirmed.

An armed man died after being shot by officers on Oct. 16 on Baltic Street in Brooklyn, officials said. Hours later, early on Oct. 17, police shot and injured a man with a firearm on a train platform in the Bronx.

Correction: This story has been updated with the correct day of the week the incident took place.

Watch the NYPD's news conference about Friday's police-involved shooting below: