NY’s first ever early voting begins Saturday to open up the process; why many voters are concerned 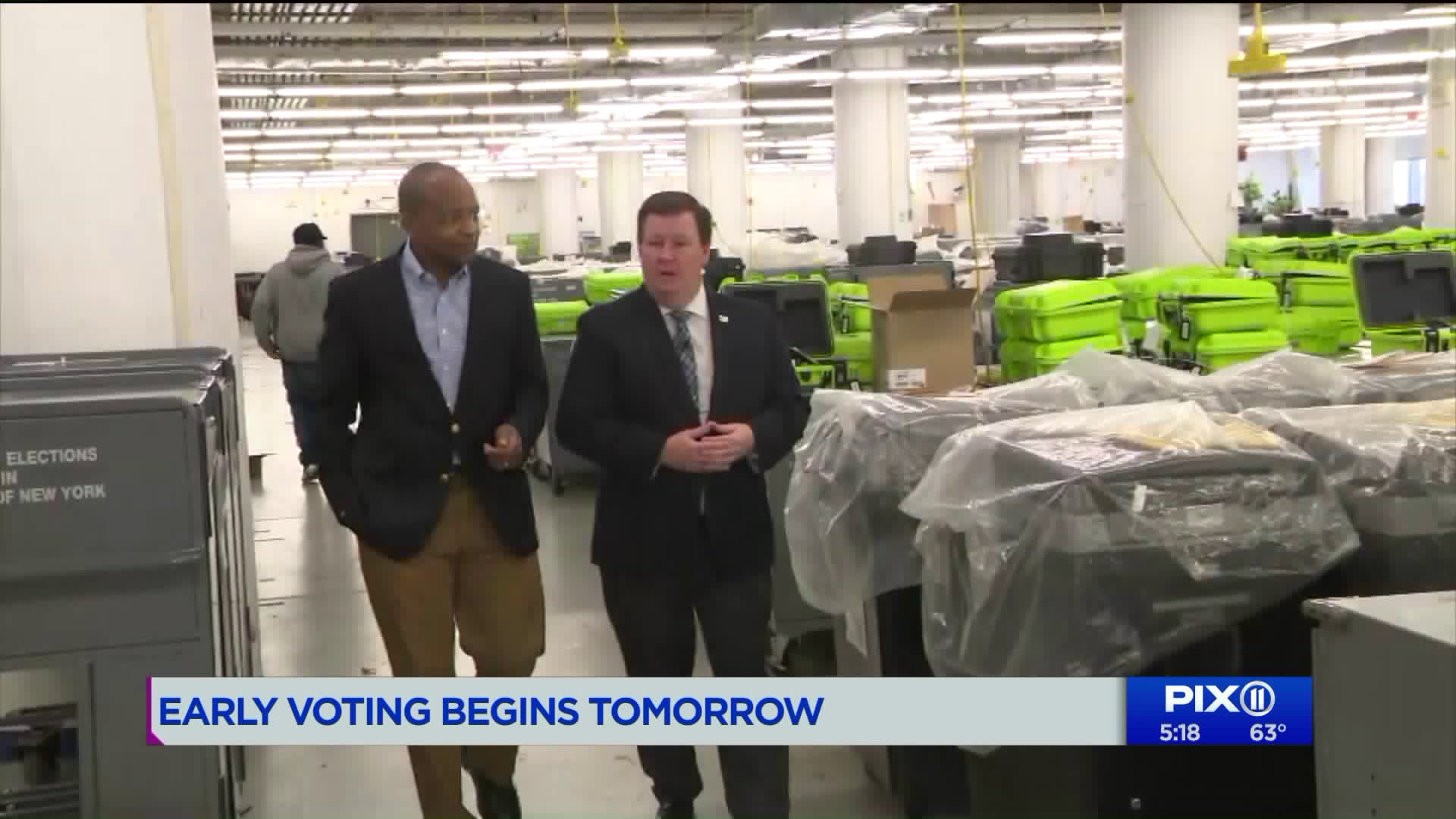 Election day is less than two weeks away, but for the first time in history, New Yorkers can partake in early voting.

NEW YORK — Even though nearly 40 states have had it for years, New York begins early voting for the first time on Saturday, and it runs through Sunday of next week.

While it's intended to give more people the opportunity to vote, it's also led to widespread complaints -- by people who say they support the practice, but are disappointed in the way it's being carried out, even though the new voting process embraces innovation.

The main places where the complaints are rising are at the two dozen schools across four of the five boroughs being used as early voting polling sites. None of the locations in Queens is at a school.

At P.S. 116 in Midtown East, parents expressed their concerns strongly on Friday. The parent-teacher association has been raising complaints since the polling locations were announced nearly three weeks ago.

Those places, where pre-K through sixth grade students usually gather, will instead be filled with voting machines, poll workers and voters all of next week.

"It places too much of a disruption on the faculty, the staff, the administration and the parents," said Cortney Nathanson, a kindergarten parent at the school. It "disrupts the wellbeing, the safety and the education of our students," she said.

It's one of a variety of concerns that New Yorkers have. The director of the Board of Elections said that his agency is keeping that in mind.

"Something could always go wrong, with electronics," Director Michael Ryan told PIX11 News. Specifically, he said, the BOE is introducing a lot of new technology into the process.

"The paper pollbooks are gone," Ryan said, referring to the thick logbooks that voters are required to sign when they show up at their polling sites. Instead, said Ryan, "we're going to be using iPads to check voters in."

Each early voting location will have all of its electronic data secured, he said.

As for complaints from school parents, the Ryan again pointed out that early voting is new, and a work in progress.

Meanwhile, Mayor Bill de Blasio on Friday said that extra city personnel, including NYPD officers, will be on hand at early voting locations to ensure safety and efficiency.