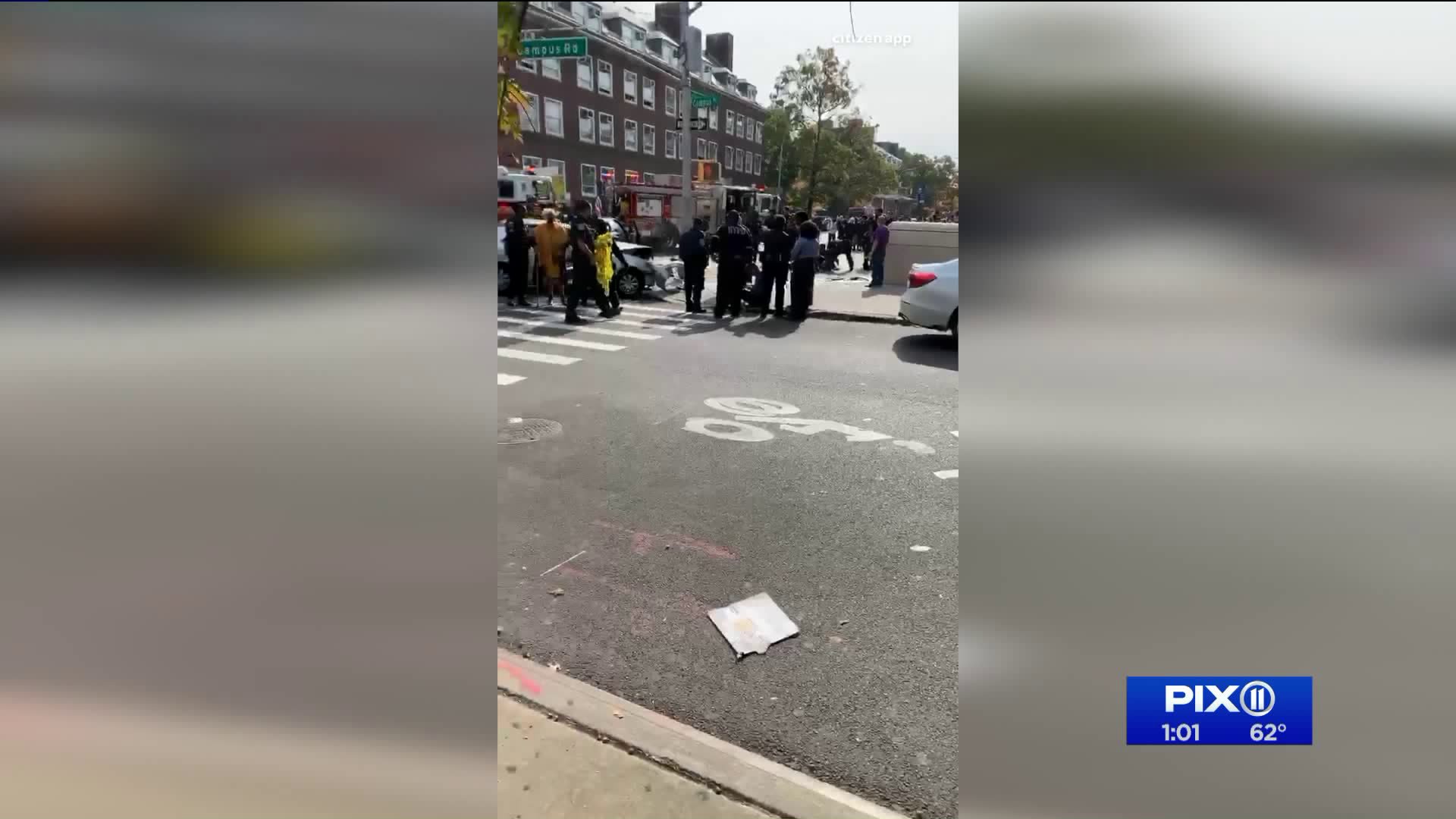 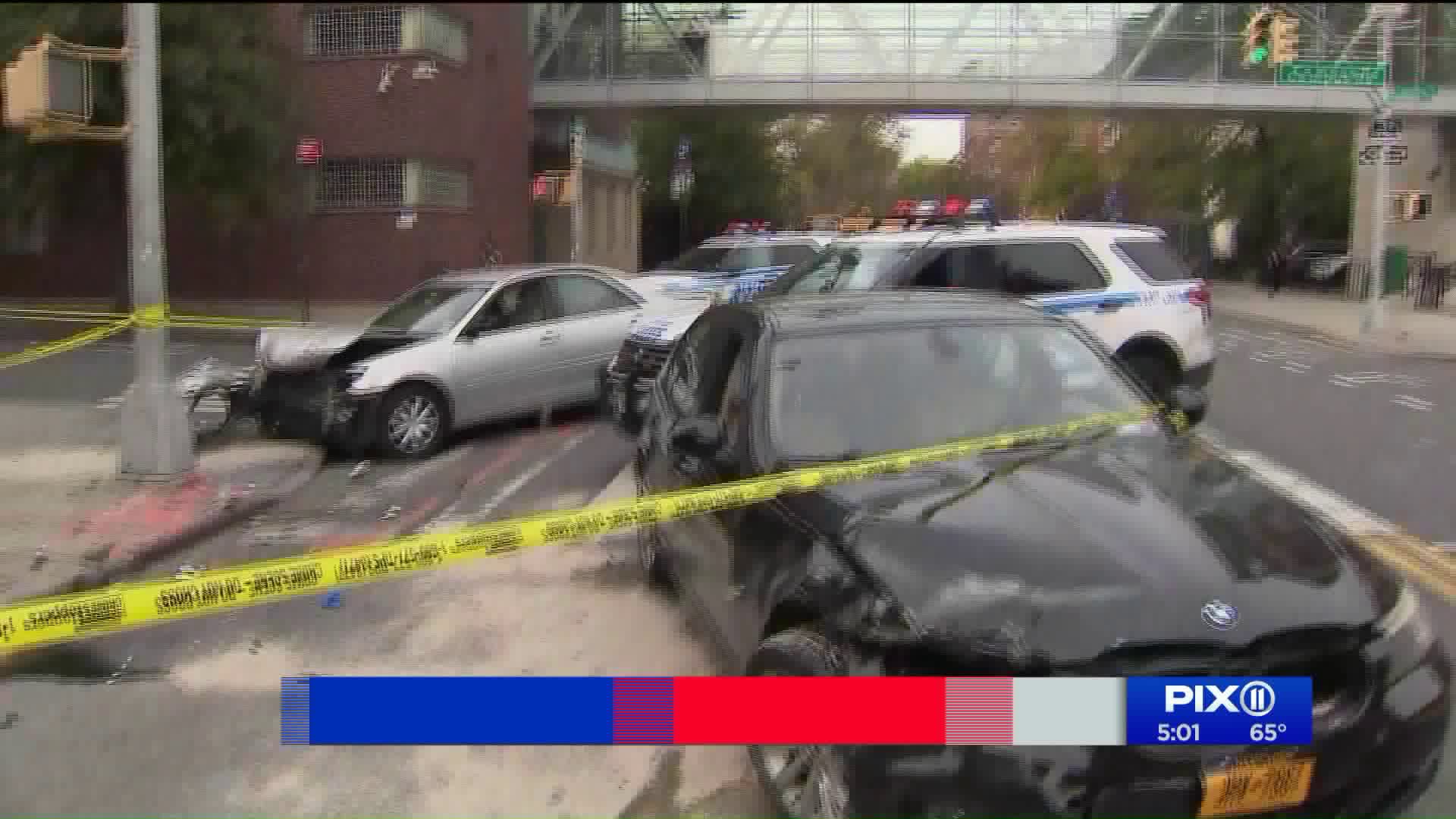 MIDWOOD, Brooklyn — Multiple pedestrians were injured when they were struck after two vehicles collided in the Midwood section of Brooklyn near Brooklyn College, officials said Friday.

Three pedestrians and two drivers were taken to local hospitals after a collision in Brooklyn, according to officials.

An FDNY spokesperson said the call came in at 11:38 a.m., with emergency personnel responding to the corner of Bedford Avenue and Campus Avenue.

NYPD officials said two cars were involved in the crash, when one of them went onto the sidewalk near Brooklyn College, striking three women. One of the women suffered critical injuries to her legs, an NYPD spokesperson said.