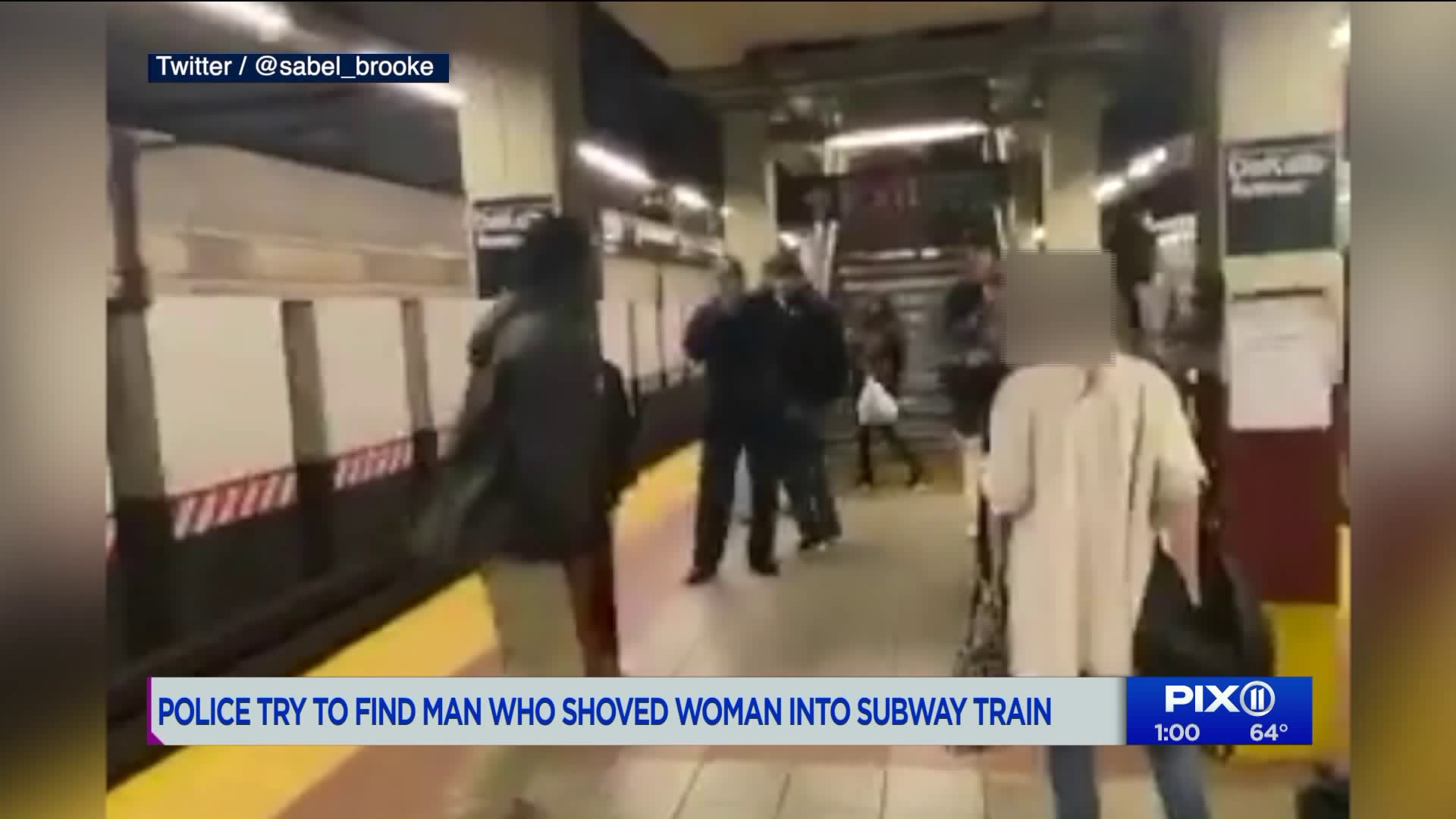 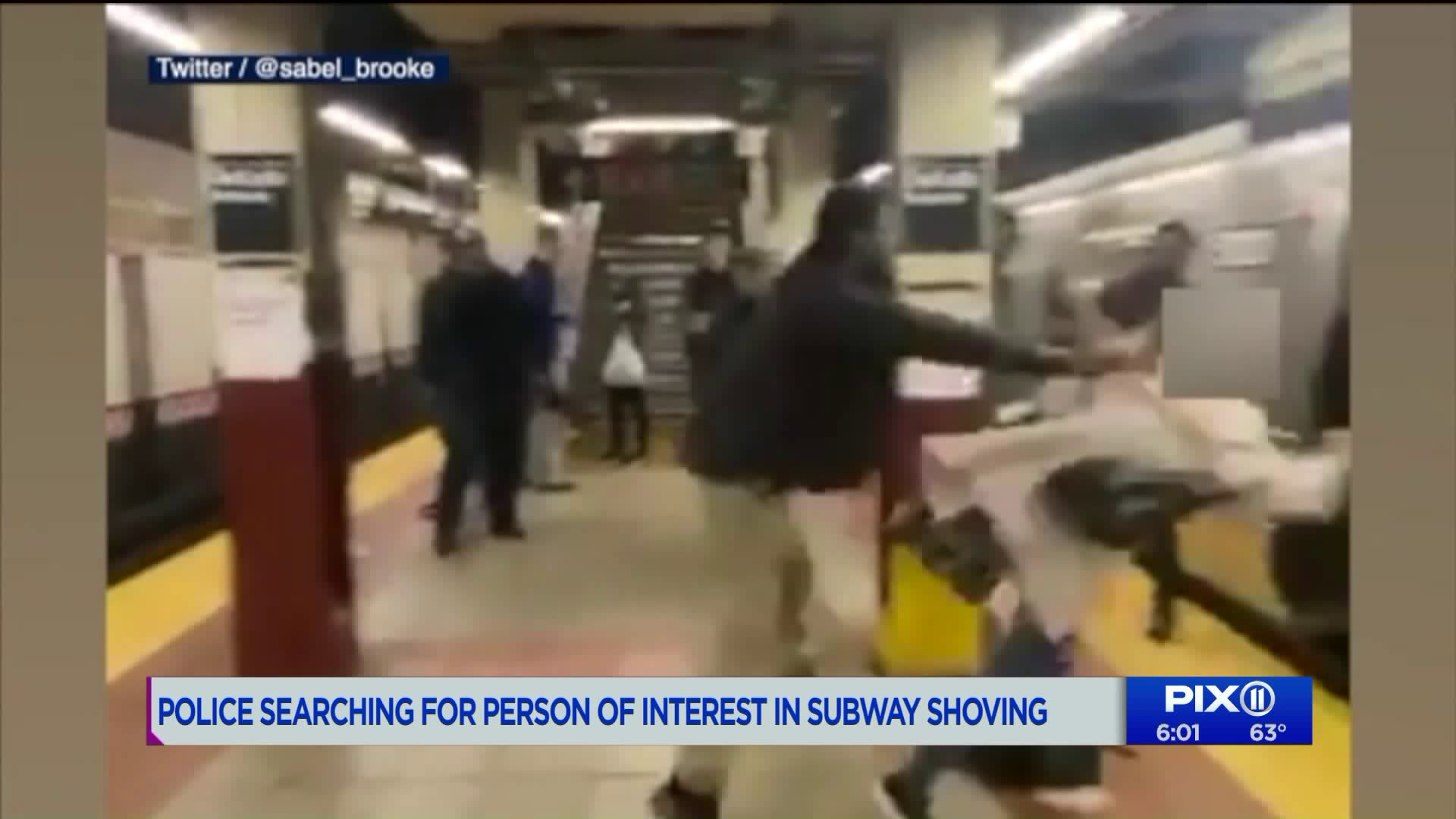 BROOKLYN — Police have arrested a man caught on video pushing a woman into a train.

They say he has a lengthy record of previous arrests for past crimes in on the subway. It was that lengthy record that helped police identify 28-year-old Isiah Thompson. The latest incident, happening Wednesday night on the Coney Island bound platform at the DeKalb Avenue station in Fort Greene. As soon as officers saw social media video of the incident they recognized Thompson from his previous run-ins with the law.

Thompson was quiet and speechless as detectives escorted him out of the Transit Squad station in Coney Island Thursday night.

A little more than 24-hours earlier, Thompson was far more animated, egging on subway riders before pushing a bystander from behind into an idling train then taking off into the tunnel.

Subway riders were shocked when seeing the video for the first time, but Thompson's actions came as no surprise to police.

The 28-year-old has more than a dozen previous arrests for subway crimes including another attempt to shove a woman onto the tracks, pulling the brakes on several subway cars, and exposing himself back in May.

When asked about exposing himself, Thompson reportedly said he did it because he, "wanted the attention."

Cameras waiting for him as he walked in handcuffs escorted by police seemingly not the attention he was looking for.

New York City Transit President Andy Byford previously called for Thompson to be banned from the subway system because he feared something like this would happen. As for the woman who was pushed into the train, she was not seriously injured and did not file a police report. Thompson faces multiple charges including assault and menacing.

Editor's note: PIX11 has chosen to blur the video to protect the victim's identity, and end it before she is seen crashing into the train.