Immigration helped one of the city’s most diverse communities become one of its fastest growing: report 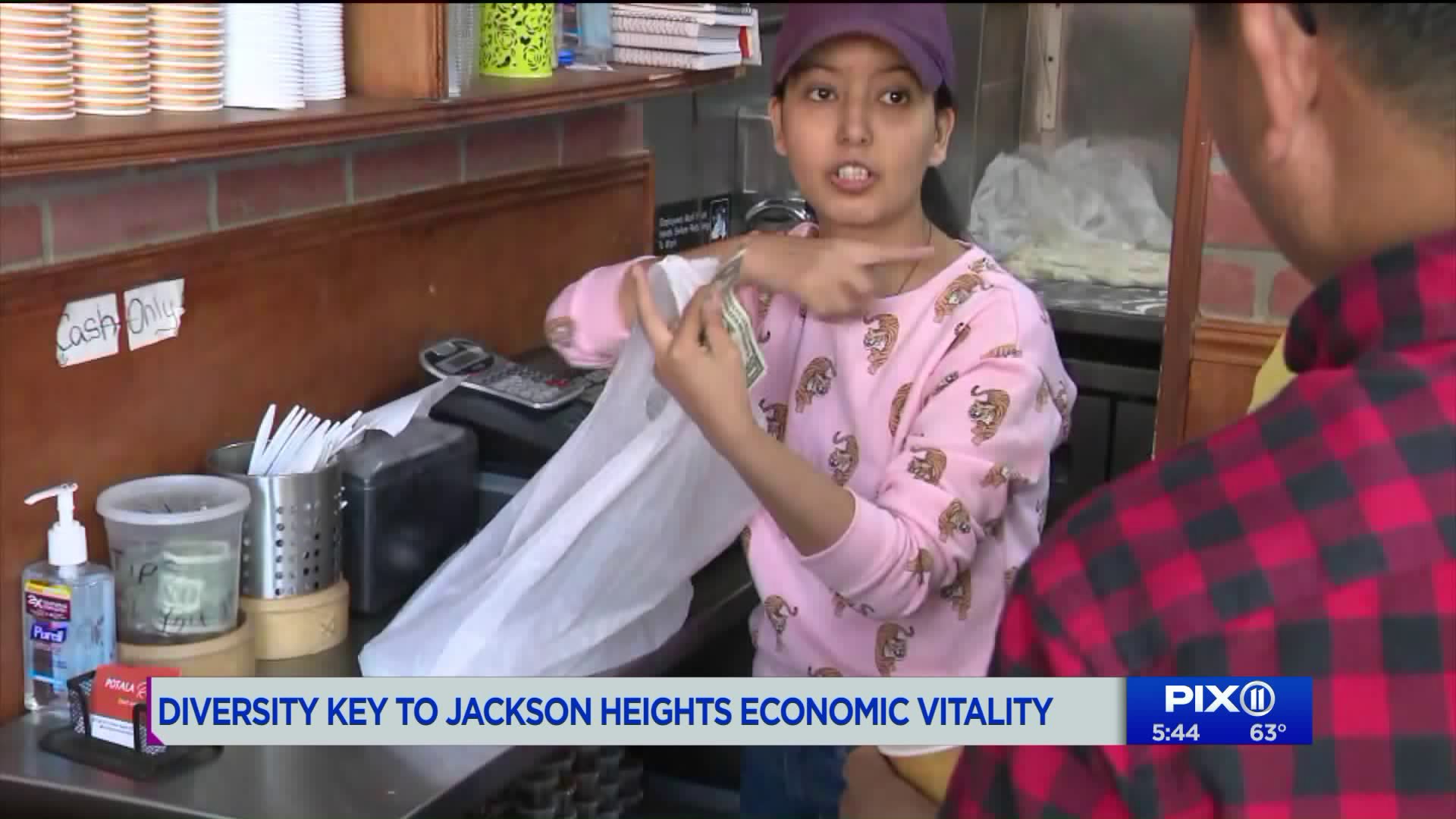 "All kind of people" are here, one resident, Mahbubul Laskar, told PIX11 News. "Nepalese, India, Pakistani, Bangladeshi" immigrants are here, he said, to name just a few of the countries of origin represented in this community of about 110,000 people.

Their diverse presence is a good thing economically, according to a report out Thursday from New York State Comptroller Thomas DiNapoli.

It concluded that no matter where a person living, working, or visiting Jackson Heights is from, they're spending U.S. dollars in this neighborhood.

Specifically, the report showed this community bouncing back strongly from the Great Recession ten years ago, in coordination with an increase in the immigrant population.

In the last decade, according to the comptroller's report, the number of businesses has increased from 2,700 to 3,300.

That's a 23 percent increase in jobs, at businesses like Potola Restaurant, on 37th Road here. Its manager, Dundur Lama, said his business, and neighboring ones like it, are successful because they attract a wide variety of people.

"They all gather here no matter how far they are," Lama said about his customers. "Some people come here all the way from Brooklyn -- [a] one hour train [ride]."

Some of his customers, however, like Jocelyn Villa, are from a little farther away.

"We're from Kansas," she said about herself and three friends. "We're not even from New York," she laughed.

One of her friends, Armando Correa, explained why they sought out Jackson Heights, specifically.

"I felt like the Manhattan side is not very real, everything is touristy," said Correa, who's in town for religious reasons, but took a day to explore. "I wanted to try legit food from other cultures."

Other cultures are definitely represented here in central Queens, as the new report shows.

It pointed out that the immigrant population of the U.S. is 14 percent. Across New York City, it's 37 percent. In Jackson Heights, however, the majority of the population -- 60 percent -- are immigrants, who are spending money, and making profits.

"Pretty much the money you make in [Manhattan]," said local resident Felix Vasquez, "you can spend it all here in Queens, because you've got so many options. It's great, man."

The growth has a challenging side, however, according to the comptroller's report. It said that school overcrowding and a lack of affordable housing are problems that the higher population has brought about.

“Despite the neighborhood’s economic success, some challenges remain," Comptroller Thomas DiNapoli said in a statement released with the report. However, he continued, "the Jackson Heights area is living proof of the positive economic and cultural benefits immigration brings to our communities.”