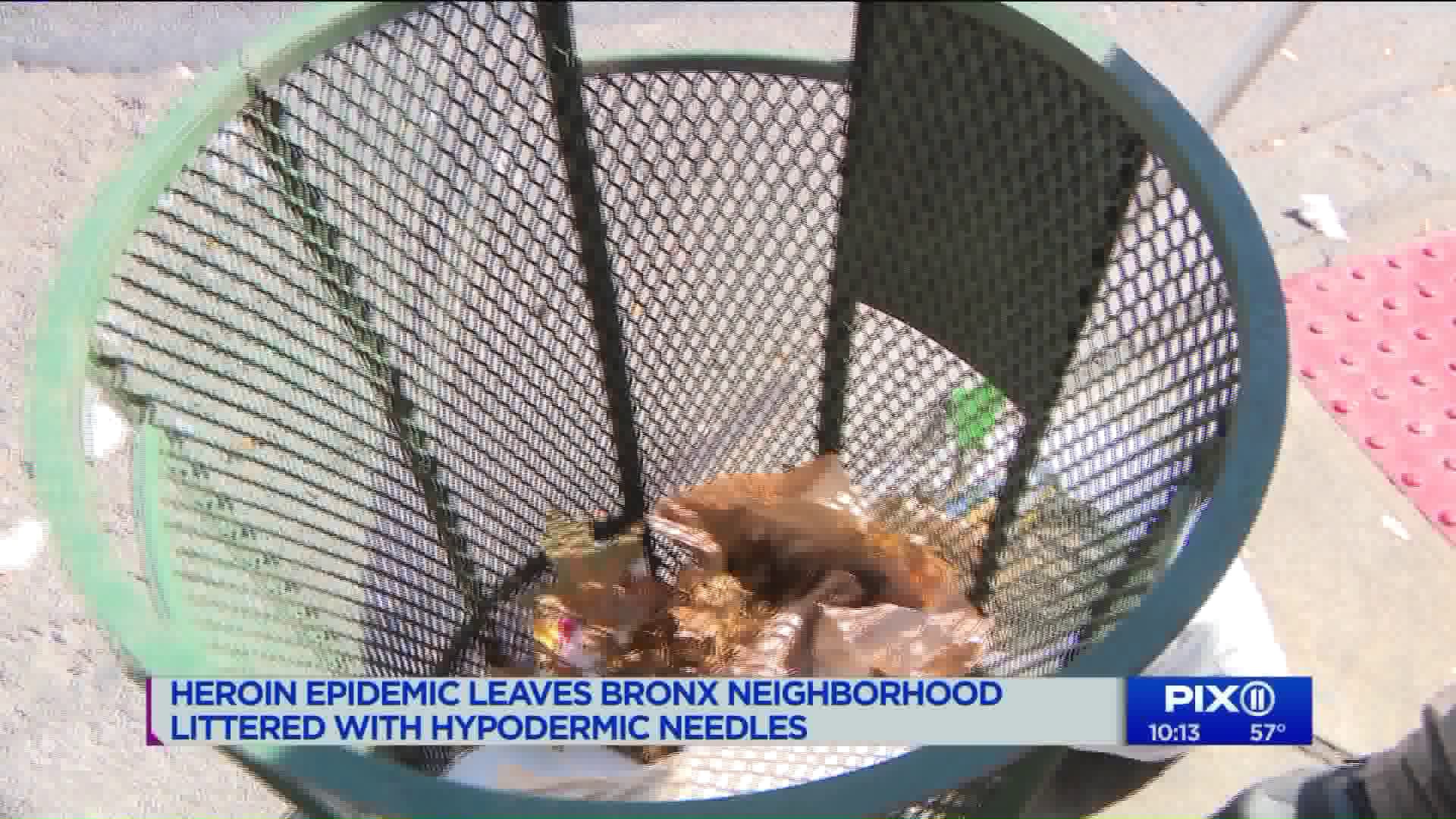 Messages written in chalk at the bustling South Bronx intersection known as "The Hub." This neighborhood is now a hotspot, a dumping ground for used, dirty drug needles left in garbage cans tossed about by heroin users.

THE BRONX — Messages written in chalk at the bustling South Bronx intersection known as “The Hub."

This neighborhood is now a hotspot, a dumping ground for used, dirty drug needles left in garbage cans tossed about by heroin users.

On Tuesday, we reported on the discovery of more than 200 used drug needles found in a city garbage can, next to a school.

The next morning, city sanitation crews were out in the neighborhood, including at that very same garbage can looking for stray needles.

City Councilman Rafael Salamanca grew up in this neighborhood, and says he’s facing the opioid epidemic head on.

"It's not acceptable what's happening here," said Salamanca. "Here I am, an elected official, trying to see how we can come with out of the box thinking, out of the box solutions to address this issue."

"This whole area, it got really nasty," said local resident Tonya Braxton. "Like if you come early in the morning, you will see them right here, huddled in the corner, just using right in front of the kids."

Councilman Salamanca says it’s going to take a stronger police presence, and more treatment programs to clean up these streets.

"We have programs where we have needle exchanges, where we are giving them clean needles," he said. "Every needle that you dispose of in a sharp container they throw into the sharp, is a needle that is not thrown in the street which is a needle that a kid won't be able to get pricked by. So I view it as a positive thing, even though there's some skepticism about it.

Councilman Salamanca and residents are all saying the same thing. It's going to be a combination of stricter enforcement and more programs to end the opioid addiction epidemic in the South Bronx. The big challenge will be funding.