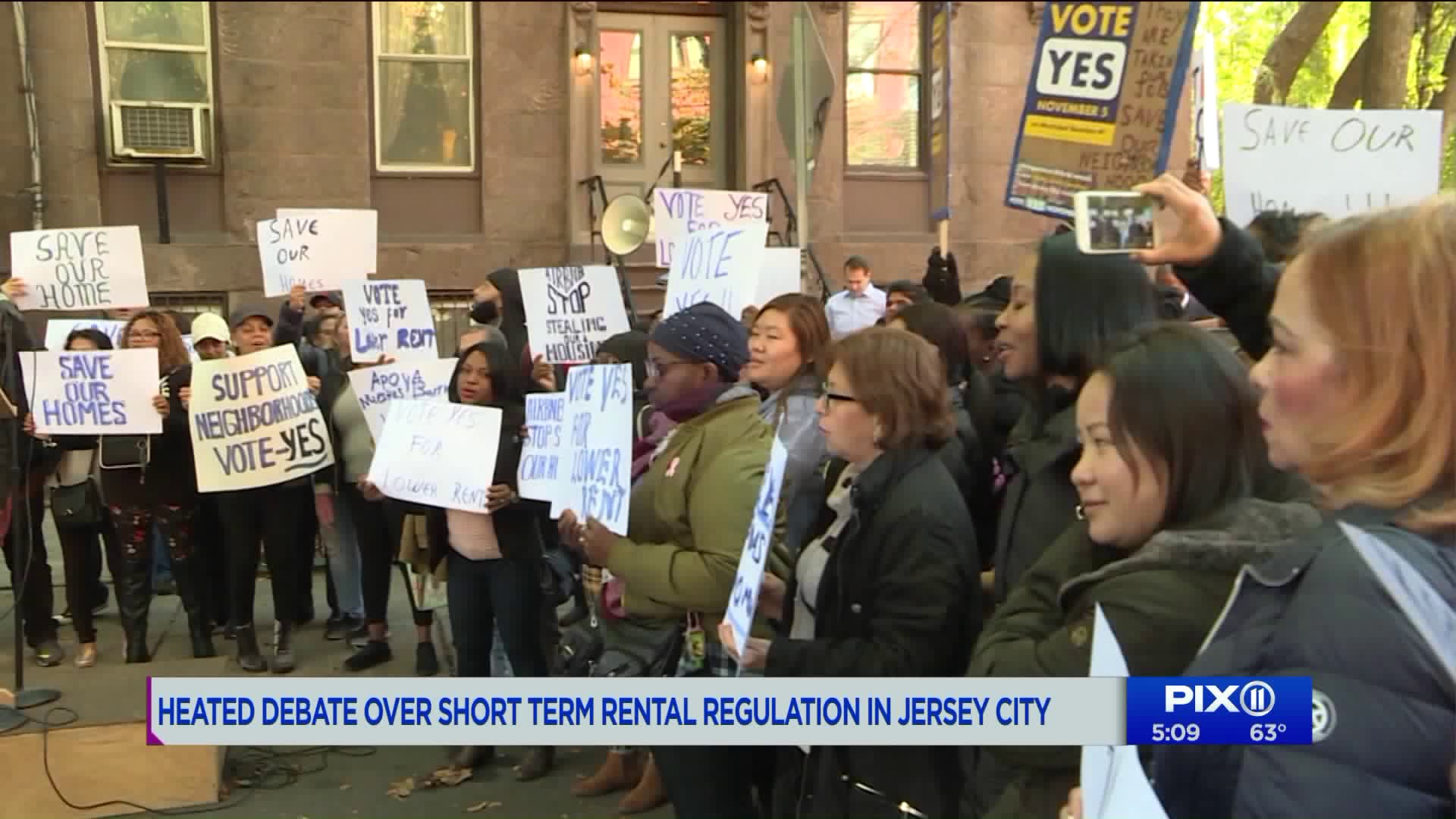 A heated debate over regulating short term rentals in Jersey City will be hitting the ballot box in less than two weeks.

JERSEY CITY — A heated debate over regulating short term rentals in Jersey City will be hitting the ballot box in less than two weeks.

A rally in support of a ballot initiative which aims to regulate companies like Airbnb brought nearly 100 residents and activists to a neighborhood they say is hurting because of short term rentals.

"The more places that go to an Airbnb process like this, the fewer places that are available for the rest of us," said one official.

In the past few years, short term rentals have skyrocketed in Jersey City. Just four years ago there were about 300 listings, today just over 3,000.

It’s the reason why the city council passed an ordinance over the summer calling for new restrictions on these rental services.

That ordinance has been challenged by a successful AirBnB-backed referendum petition which now sends the law to the ballot box.

Both sides say they will continue to get the message out about the pros and cons of this ordinance leading up to November 5.

Airbnb spending a reported $1 million on their campaign  in just the next 10 days.