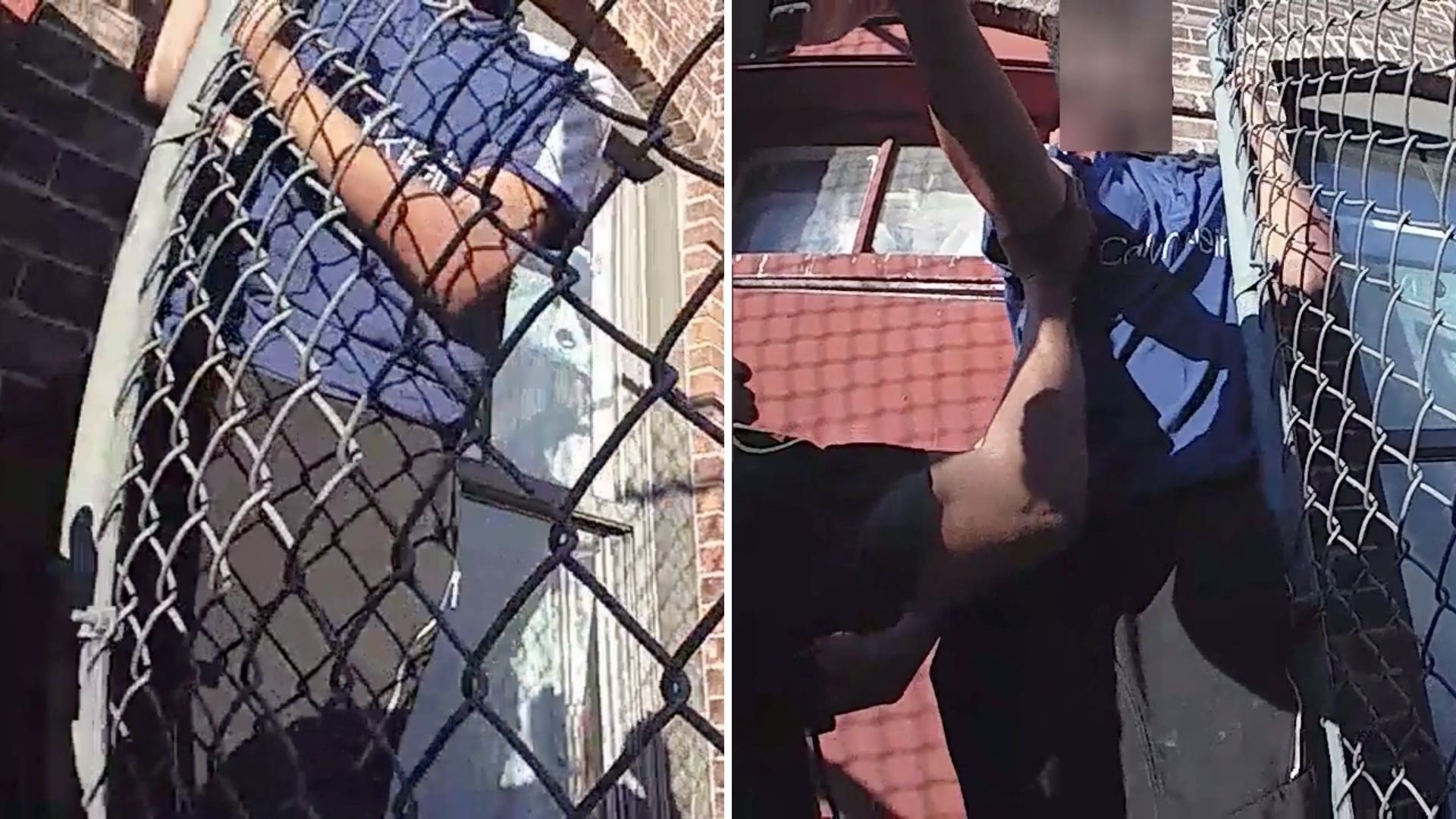 Two New Jersey cops are being credited with possibly saving a boy`s life after he threatened to jump from a building`s ledge Monday, according city officials.

NEWARK, N.J. — Two New Jersey cops are being credited with possibly saving a boy's life after he threatened to jump from a building's ledge Monday, according city officials.

Police said a call came in just before 5 p.m. for a young boy threatening to jump from a third-floor fire escape at Youth Consultation Services on Broadway in Newark. According to their website, the organization provides services for New Jersey families who have children with special needs.

Officials said the 13-year-old boy had locked himself in a third-floor common area and was out on the building's fire escape when police arrived.

When Newark Police Sergeant A. Barbosa and Officer J. Johnson arrived, they found the teen on the ledge, holding onto a chain-link fence, with nothing underneath him to prevent him from falling, police said.

According to officials, Barbosa distracted the teen by engaging him in conversation, giving Johnson an opportunity to quickly grab the boy and pull him back onto the fire escape, and then into the building.

"I commend Sergeant Barbosa and Officer Johnson for taking the initiative to immediately devise a plan of action that saved this boy's life," Newark Public Safety Director Anthony Ambrose said in a statement Wednesday.

"Preservation of a life is always our goal, but it's clear that these officers exercised exceptional compassion and the care needed to ensure that this frightening scenario had a positive ending," Ambrose added.

Once down from the ledge, the boy was then taken to a local hospital for evaluation, authorities said.

PIX11 has organized resources available to those dealing with depression and possibly suicidal thoughts here.