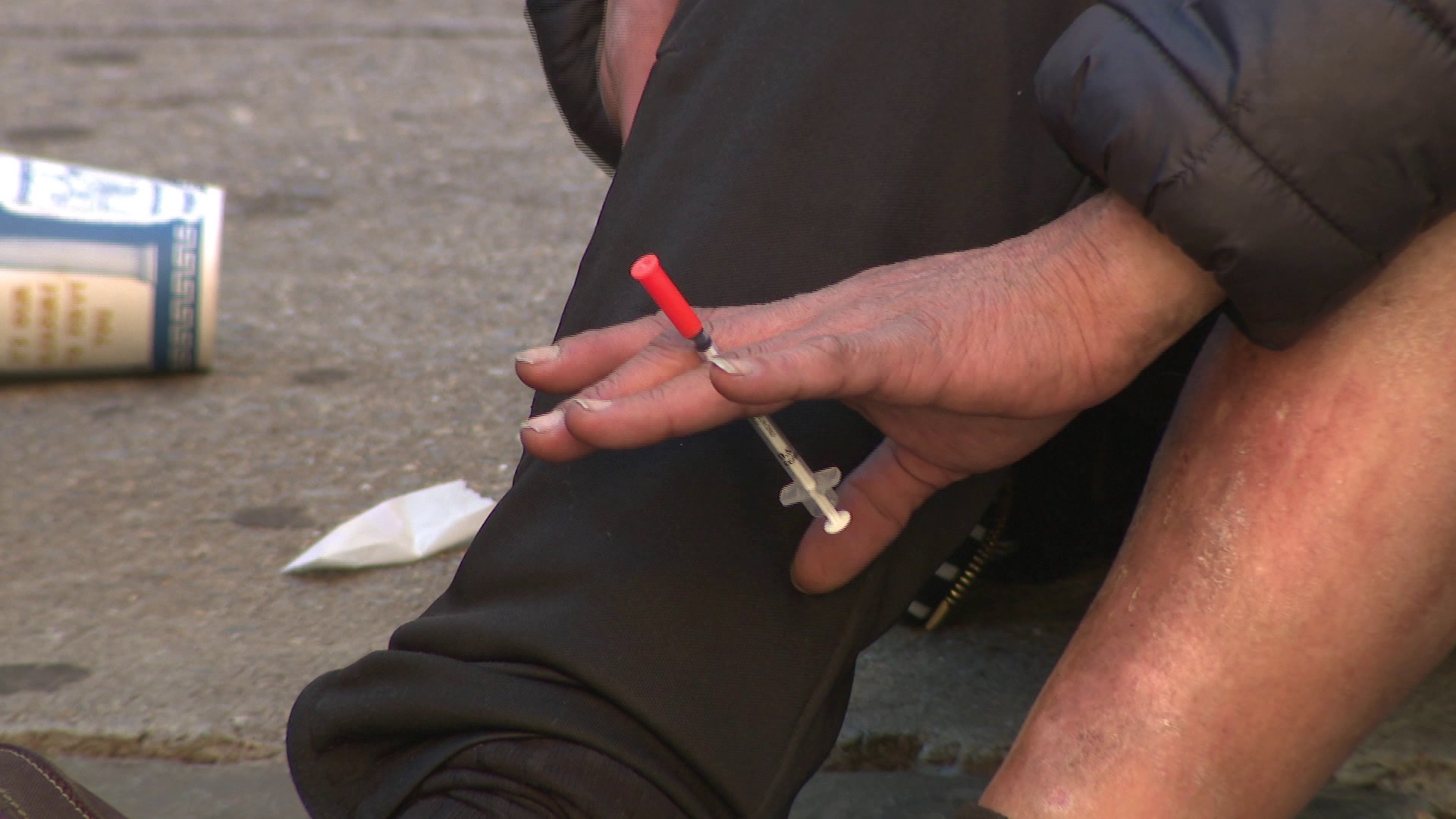 PIX11 exposed a potential public health problem at a busy intersection in the Bronx Tuesday night: hypodermic used needles were found in open trash cans near a Bronx school. The city launched into action after our story. The Sanitation Department will return to the area twice a week to clean and inspect the area to keep the area needle-free, officials said.

The city launched into action after our story. At 1:24 p.m. on Wednesday, photojournalist Darren McQuade found people shooting up drugs, just off of Melrose Avenue in the Bronx. The night before, PIX11 reporter Jay Dow uncovered what some are calling a "hub for heroin." A stash of used hypodermic needles was found in a stack of trash right outside Immaculate Conception School.

PIX11 found a crew of sanitation workers combing the streets, going through trash cans and looking for needles Wednesday afternoon.

“Dangerous, unsightly and hazardous needles don’t belong on New York City streets, and especially not near our children’s schools," a spokesperson for Mayor Bill de Blasio's office said. Anyone who sees a loose syringe on a city street or sidewalk should immediately call 311, who will notify city workers to quickly clean up and safely dispose of syringes.  The city has also invested hundreds of thousands of dollars every year to address the root causes of drug addiction that drive demand for these needles."

The Sanitation Department will return to the area twice a week to clean and inspect the area to keep the area needle-free, officials said.

Back in September of 2016, a Bronx Mom reached out to PIX11 for help. The city stepped in then too and did a clean up, eventually adding needle disposal boxes as well.

Rose Pilot lives in this neighborhood and said she's glad about all the attention now, but said it’s a reflection of a much deeper problem: a drug problem just won’t go away.

“I see them every morning sleeping in the streets,” said Pilot.

Councilman Rafael Salamanca, who represents the district, said "My office is committed to protecting our community at all costs to ensure they are not exposed to drugs or drug paraphernalia."