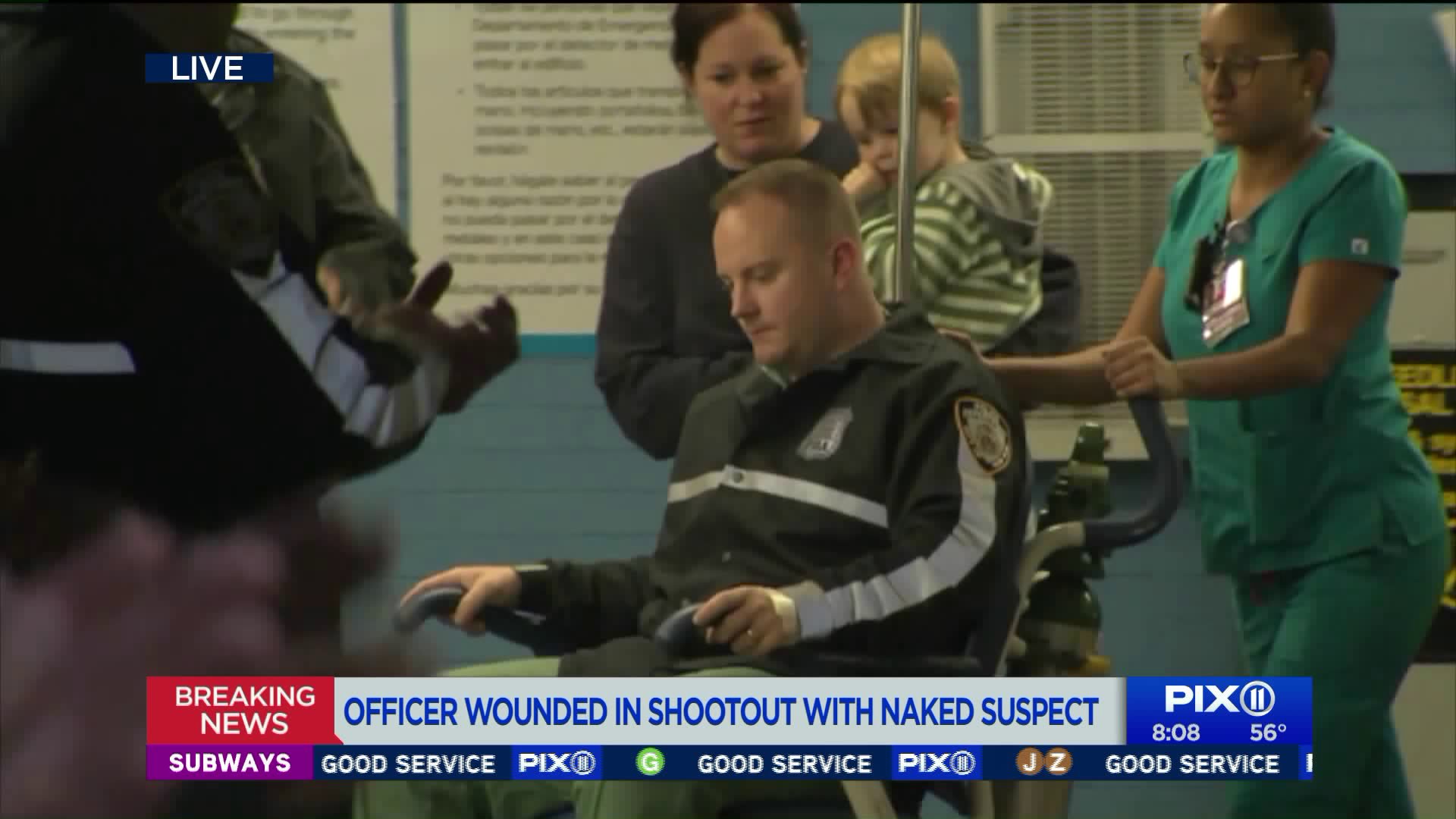 An NYPD officer who was shot in the chest of his bulletproof vest early Wednesday during a confrontation with a naked, armed suspect in Harlem was applauded as he left the hospital later that morning, police said. When officers responded to a 911 call around 9 a.m. Wednesday, one of the cops came face-to-face with a naked, armed man and immediately an altercation ensued, the NYPD said. The other officers responded to their colleague`s cries for help and discharged their weapons, fatally shooting the suspect multiple times, police said. 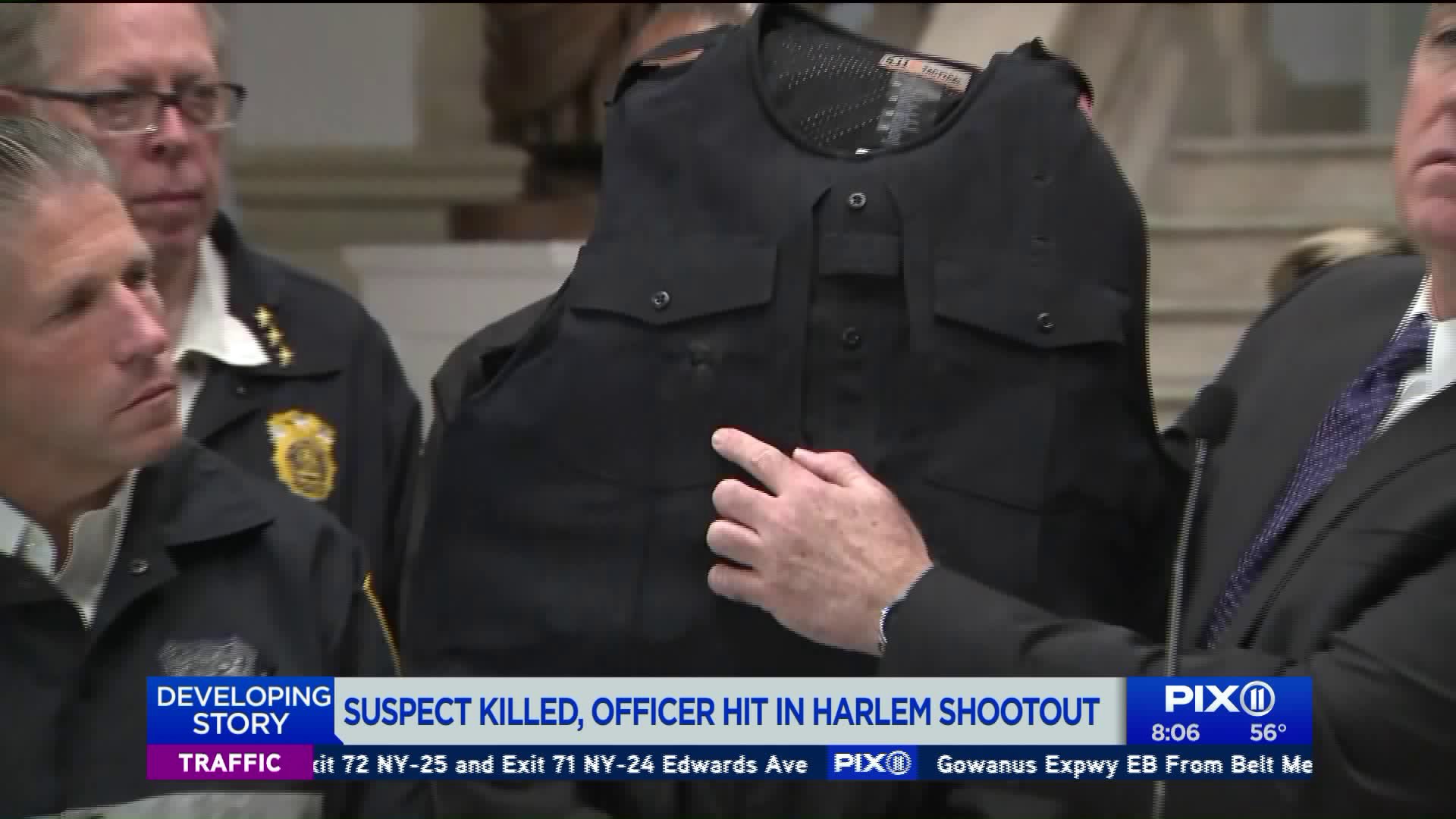 HARLEM — An NYPD officer's bulletproof vest saved his life during a violent confrontation that left a naked, armed man dead in Harlem early Wednesday, according to officials.

Just before 2 a.m., eight uniformed officers responded to a 911 call from a resident at a Harlem apartment building on Frederick Douglass Boulevard, near West 148th Street, saying a male neighbor was harassing her, banging on doors and breaking glass, NYPD officials said at a news conference Wednesday.

As responding officers fanned out to search the hallways of the building's second floor for the man, one of the officers encountered the suspect, standing naked and pointing a 9mm semi-automatic handgun at him, according to authorities.

Police said a violent struggle immediately ensued and shots were fired. It is unclear if those shots were first fired by the suspect or by the cop.

Officer Wintermute yelled for help as the struggle continued and the seven other officers came and discharged their weapons, striking the armed man several times, officials said.

The 34-year-old officer was taken to a nearby hospital in Manhattan for treatment of his injuries, the NYPD said.

PIX11 was at the hospital as Wintermute, on the force for over seven years, was discharged around 7 a.m. His wife, who is also an NYPD officer, was by his side as he left the hospital.

The 29-year-old suspect, who the NYPD has yet to identify but said had previous interactions with police, was pronounced dead at Harlem Hospital, officials said.

The suspect's firearm was recovered at the scene, according to the NYPD.

Sources told PIX11 News the suspect was the son of an NYPD officer.

The incident is now the fourth police-involved shooting in New York City in recent weeks.