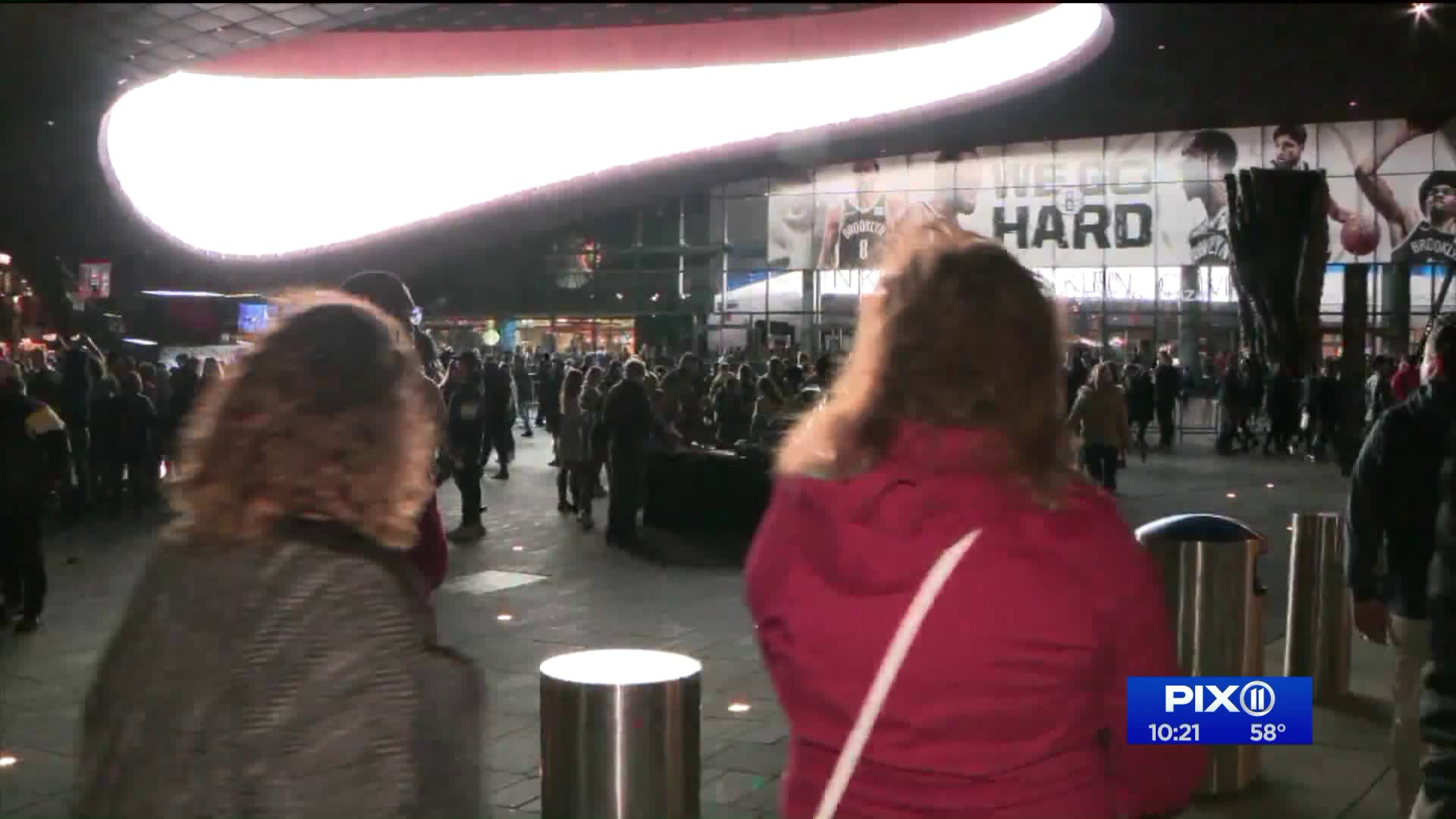 The Nets are looking to have their best season since moving to Brooklyn.

NEW YORK — Kyrie Irving scored 50 points in a record-setting Nets debut, but lost his balance and missed a potential winning shot that allowed the Minnesota Timberwolves to pull out a 127-126 victory over Brooklyn in overtime Wednesday night.

Karl-Anthony Towns had 36 points and 14 rebounds for Minnesota, and Andrew Wiggins finished with 21 points, including the go-ahead basket with 1:19 remaining.

Irving had the ball in his hands with a chance to cap his dazzling debut with a victory, following a Nets timeout. He ran the clock down and then began his drive, but lost his balance near the foul line. He retained his dribble, got up and shot, but his jumper missed.

After signing with the Nets in July, Irving broke Kiki Vandeweghe's record for most points by a player in his first game with a team. Vandeweghe scored 47 for Portland at Kansas City on Oct. 27, 1984.