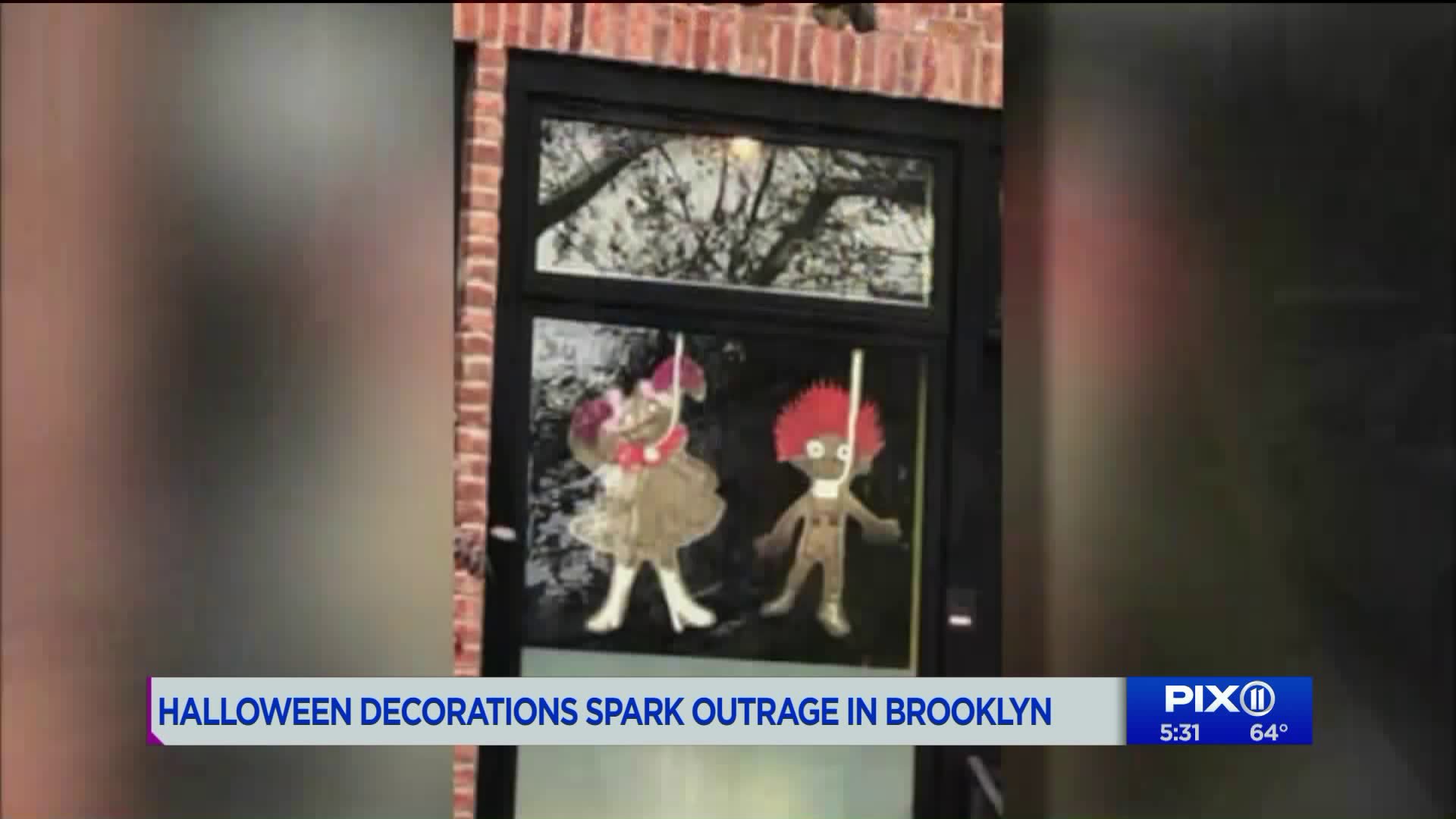 One Bedstuy display has people wondering if its spooky or just plain offensive.

BEDSTUY, Brooklyn — A Halloween display that was up on a brooklyn window has people in the Bedford-Stuyvesant neighborhood outraged.

They were of children hanging from a rope.

“Why wasn’t there any other color figure there hanging, why just black figures, there were no cats, no spider webs, it’s concerning,” said 63-year old Melvin Vaughn, who moved from South Carolina to Bed-Sty when he was a child.

He told PIX11, the images appear to be African American children being lynched - something he barley escaped.

“I was born there and got sent away right away because they didn’t want me to get hung, so it was very disturbing to see something like that across from a school.”

The disturbing display was on Waverly Avenue - right across the street from an elementary school.

It was taken down after multiple people in the neighborhood sounded off, even taking to social media - calling for the homeowner’s nearby business to be boycotted.

“It’s not just new people moving into our neighborhood, but they’re not respecting the people who are already there,” said Tad Cromwell, another longtime Bed-Stuy resident.

The homeowner released a statement to PIX11 that reads in part:

“The images were based on the horror movie Annabelle, but because they were made of brown kraft paper and hanging from strings, they were deeply racially offensive.”

In the statement, Dany Rose goes on to say:

“I hope to meet with local leaders, including P.S.11 teachers and administrators, to identify the best way forward to promote racial justice and to use my example of white privilege as a teaching moment.”

“I think an apology is a start but I think we need to continue the conversation with the community,” said another resident.

According to the homeowner, she’s willing to do whatever it takes to make things right in the community again.

A press conference is scheduled on Waverly Avenue with community leaders Thursday at 5 p.m.