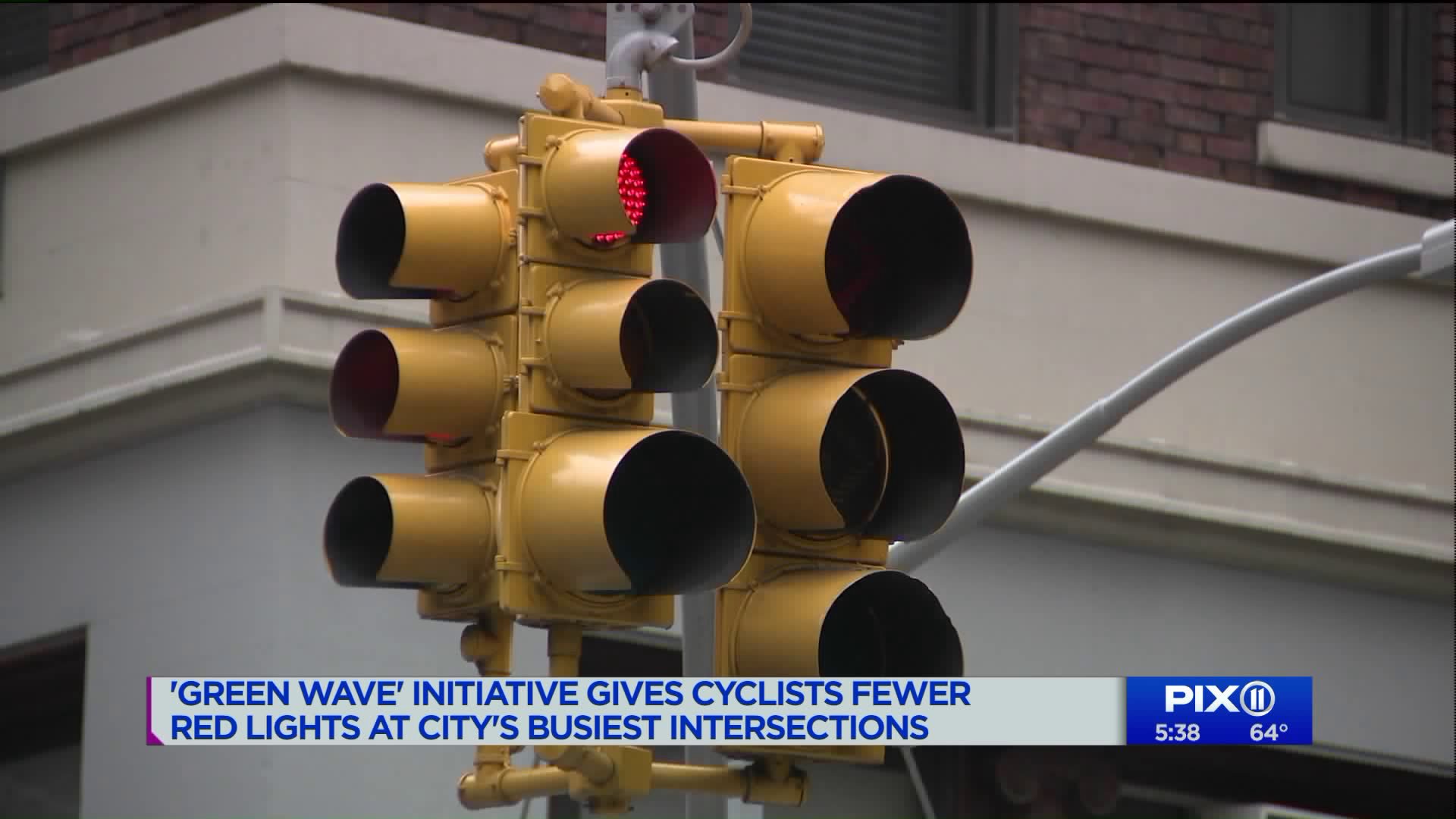 This year has proven to be a tragic one for cyclists in the city, with 25 fatalities. The city is movinf forward with an ambitious new plan to keep cyclists safe at some of the busiest intersections in the city.

NEW YORK — This year has proven to be a tragic one for cyclists in the city with 25 fatalities, 16 of them in Brooklyn.

The city now moving forward with an ambitious new plan that aims to keep cyclists safe in some of the busiest intersections in the city.

The Department of Transportation calls it the “green wave;" it means fewer stops and a smoother, stress-free ride for people on bikes.

Signals will be retimed at intersections so that cyclists will not hit too many red lights.

The program was launched as the city debuted its 100th mile of protected bike lanes.

This reengineering of traffic lights is already in place in Boreum Hill. In the next few months the program will be rolled out in Carroll Gardens, SoHo and Sunnyside.

PIX11's Andrew Ramos has more in the video above.