Gear up for the holidays: The hottest new tech gadgets 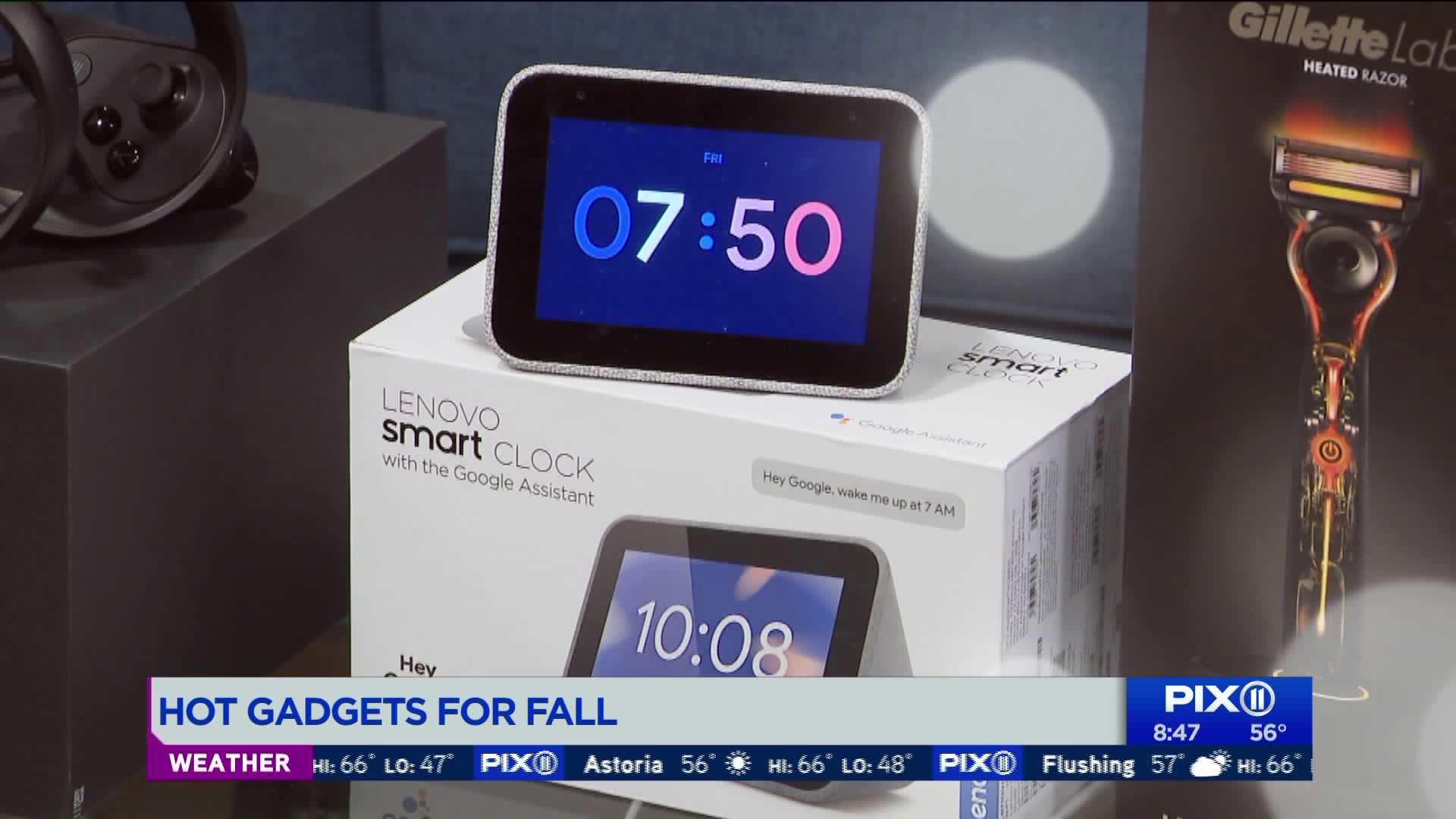 Jennifer Jolly, a consumer tech-life colunnist for USA Today, the New York Times and more, stops by to show Dan Mannarino some of the latest and greatest new tech and gadgets this fall, just in time for the holiday shopping season.

Check some of them out in action above, then get more info on all her picks below.

The Lenovo Smart Clock is the perfect way to get Dad to ditch the distracting and sleep-destroying cell phone alarm clock and replace it with a powerful personal organizer that tracks schedules, offers reminders, and gives him a do-it-all assistant that responds to voice commands for web searches. Its powerful speaker cranks out the tunes too — which is sure to come in handy for Dad to embarrass the family with his impromptu dance moves.

At the push of a button, this new luxury razor gets rid of one of dad’s biggest daily dilemmas – razor burn! The Heated Razor makes him feel like he has a hot towel on his face with every stroke that lasts throughout the entire shave.

The razor charges on an inductive charging stand and has a stainless-steel warming bar that heats up within a second. It has five thin blades and a battery designed to last up to six shaves on a single charge. It also comes with a wireless charging dock. Additional blades run $25 and you can sign up for a subscription so that they show up without having to think about it.

Trying to manage, display, and save the most precious family photos and videos from infancy-on can be totally overwhelming. The ibi device ($179.99) provides an easy fix. It’s a smart photo manager that lets you collect, organize, and privately share your photos and videos with your inner circle. It’s incredibly simple and intuitive to set up and use. Plug it in, download an app, and let the backups begin.  This one has 2 terabytes of storage – that’s enough to hold half a million photos and hundreds of hours of video. It also monitors Facebook, Instagram, and cloud accounts and pulls in pics you post or store online.

Hopsy's SUB Compact kegerator lets you have a rotation of craft beers on tap at home, just like you would at your local brewpub. It dispenses craft beer from a variety of breweries and contains a refrigeration unit that keeps your beer chilled and fresh until the next pour. Plug it in and that’s it. Fresh brew on tap in a snap!

Every dad loves a nice pair of shades, so combine stylish sunglasses with high-tech audio and you’ve got a recipe that will seriously “wow” him. The new Lucyd LOUD 2.0 sunglasses($99) have high-tech smarts built right into the frame. The connect wirelessly via Bluetooth to a smartphone and has built-in “bone conduction” speakers that deliver clear music and voice calls without the need for earbuds.

The Oculus Quest VR headset is an all-in-one virtual reality gadget — no phone, computer, or wires required — and it works with hundreds of games and VR experiences already available. There are no wires to get tangled in and no cameras to mount or position for tracking purposes. The Quest supports six degrees of freedom: up, down, left, right, front, and back. The Quest’s integrated cameras and motion-tracking controllers do a great job of keeping you properly oriented, and allow you to move freely throughout a virtual environment with your actual body as long as you’ve got the space to do so. Lasts three hours on a single charge.

No car? No bike? No problem — how about jetting around on a pair of these just launched MotoKicks Hover Shoes. They go up to 6 miles on just a single charge - and up to 7 miles per hour. Each side has a small motor-powered wheel, a slew of sensors and a bit of AI, to balance itself and with the slightest lean - go forward or reverse.