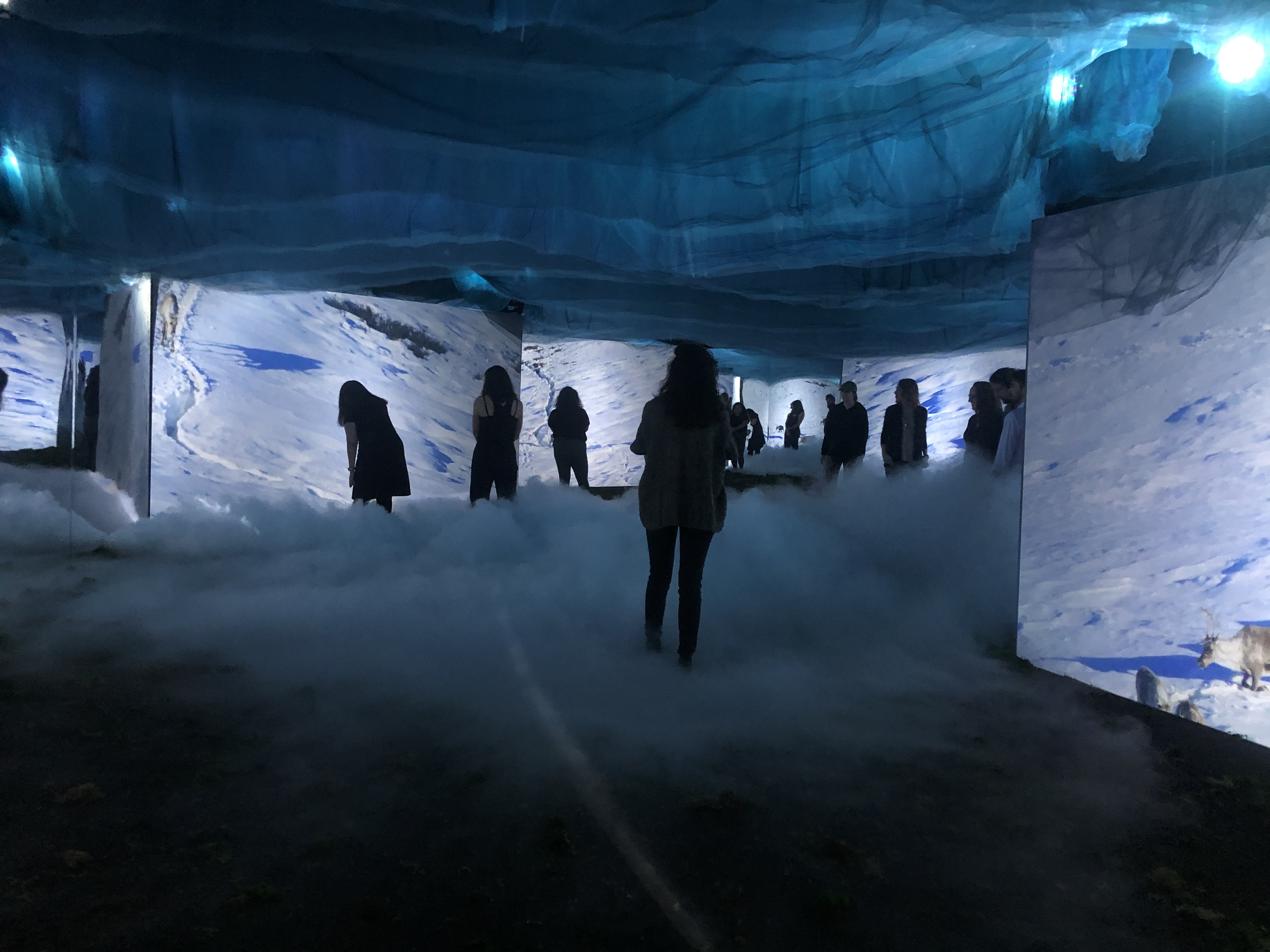 New York City couldn’t be more different from the Arctic Refuge, but a new pop-up experience in Brooklyn hopes to transport visitors to the remote and vast region and inspire environmental advocacy.

WILLIAMSBURG, Brooklyn — New York City couldn’t be more different from the Arctic Refuge, but a new pop-up experience hopes to transport visitors to the remote and vast region and inspire environmental advocacy.

The Arctic National Wildlife Refuge is spread across over 19 million acres in northeast Alaska, and is one of the world’s last untouched wildernesses. Less than 2,000 people visit the area annually.

To raise awareness, The Wilderness Society decided to bring the Arctic Refuge on the road using high-tech and immersive sensations. The installation, which will also travel to Washington, D.C. and San Fransisco, uses over 66 million pixels of projected video, 40 controllable lights and 20 channels of sound.

"From the moment that you walk in the door, you’ll see a mist that kind of emerges from your feet," says Edit Ruano, The Wilderness Society's Director of Regional Communications Strategy. "There will be scents that are being pushed through into the experience itself that will help you feel the scent of dirt and soil and even feel like a little bit of the scent of the wildlife itself."

Besides highlighting the region’s beauty, the pop-up is also on a mission to protect its coastal land from oil drilling that could threaten wildlife and indigenous peoples. Advocates such as actress Keri Russell visited the space before it opened to the public.

"I just hope it gives [people] a connection and it gets people to do something, call people, realize that once you destroy something it doesn’t come back," Russell told PIX11 News.

Visitors are encouraged to take action and leave voicemails to Secretary of the Interior David Bernhardt and big oil CEOs. All net proceeds will go to the Gwichi’in Steering Committee.

“The Arctic Refuge Experience. Step In. Step Up.” will run from Oct. 24 – 27 at 25 Kent Avenue.  Discounted tickets to the exhibit can be found here.