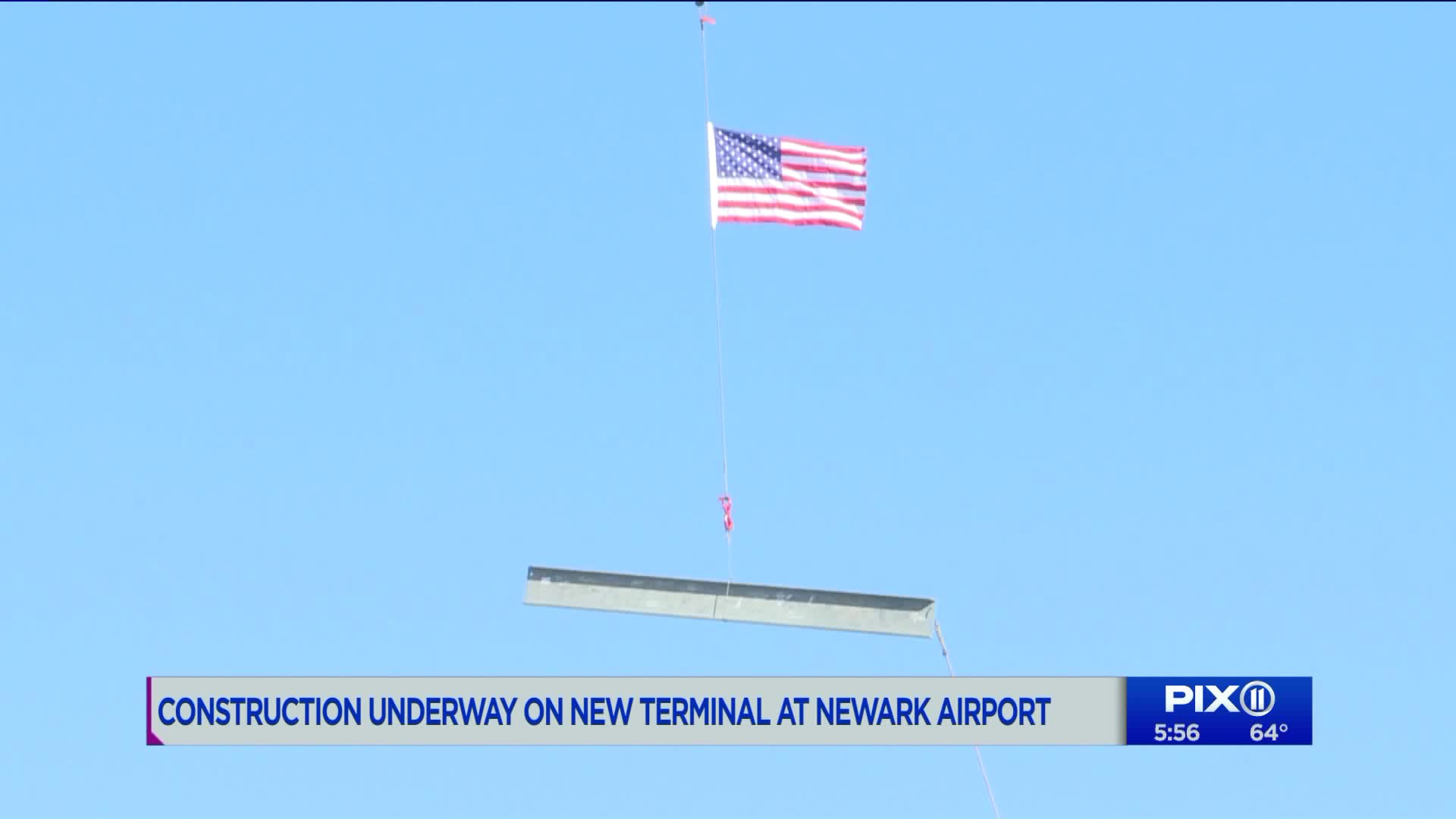 A $2.7 billion project to replace one of Newark Liberty International Airport`s three terminals passed a milestone Wednesday as it moves slowly toward what officials hope is a makeover of an airport that consistently ranks near the bottom of surveys on passenger satisfaction and on-time performance.

NEWARK, NJ — Construction is well underway to replace the oldest terminal at Newark Liberty International Airport. Terminal A has been called “uninhabitable” by top officials at the Port Authority of New York and New Jersey, prompting an investment of $2.7 billion to build something new.

The project broke ground last year. Since then, hundreds of workers have erected an iron frame, which will be Terminal One.

"We have Terminal A being turned into Terminal One," said Port Authority Chairman Kevin O'Toole.

Terminal One was capped off Wednesday with an iron beam signed by the officials who commissioned the construction.

"This facility is a huge step in the direction of new and even improved Newark Liberty," said New Jersey Governor Phil Murphy.

Terminal A is the oldest terminal at the airport. Renderings show what it will be replaced with:  one million square feet of space, including 33 new gates, restaurants and parking you can walk to.

Approximately 45 million people use Newark Airport every year. About 12 million of them pass through Terminal A.

"We recognize that what we have today is not adequate, and we are going to change it," said Port Authority Executive Director Rick Cotton.