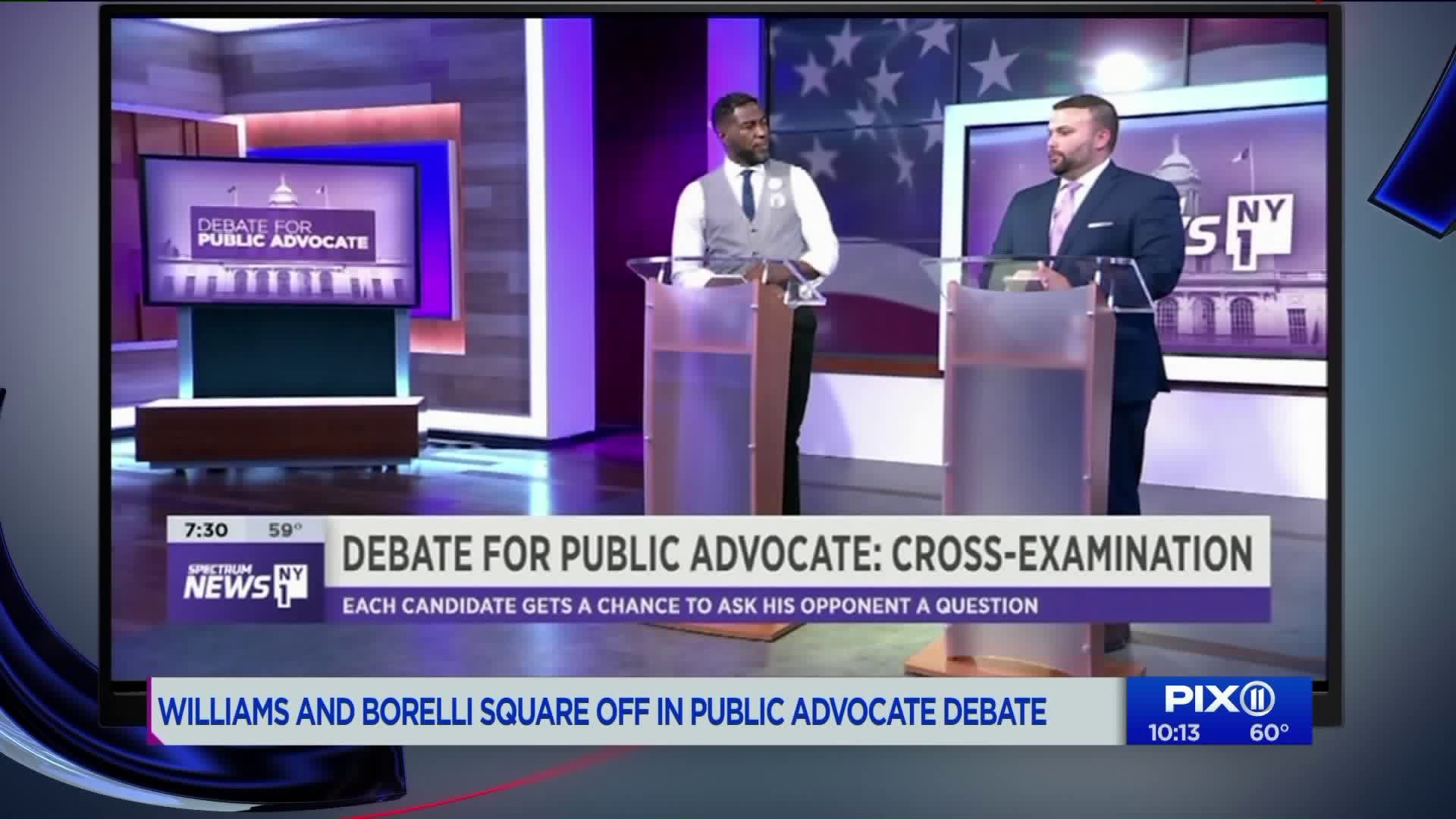 We New Yorkers have had to opportunity to vote at least three times for Public Advocate in the last year, ever since Tish James vacated the position to become Attorney General. This time around the election will name a full-time public advocate for the next two years.

MANHATTAN — For the first time New Yorkers will be able to vote before Election Day.

Saturday will be the first of nine early voting days available around the city at dozens of locations. The only city-wide during this election cycle is the race is for Public Advocate.

The first debate was help Tuesday night on NY1 and PIX 11 caught up with the candidates moments after they walked off stage.

From the beginning of the debate, there were friendly but firm disagreements between current Democratic Public Advocate Jumaane Williams and Republican Councilman Joseph Borelli.

In his brief time as Public Advocate Williams has sought to expand the office, Borelli would ideally like to see it go away.

“Maybe it’s time to evaluate if the office is worth anything at all, worth keeping,” Borelli said. “But you know I’ll do the job if elected, and part of that job is to be a check on the mayor.”

“I asked for this job because it’s an important job,” Williams said. “When I was running for Lt. Governor I said I envisioned that job as a public advocate for the state.”

New reforms set to take effect at the beginning of the year, which Williams has advocated for, are aimed to reduce mass incarceration. However, prosecutors have expressed concern about people accused of serious crimes roaming too freely. Borelli raised many of those concerns.

“The voters won tonight,” Borelli said following the debate. “They heard two competing visions for our city and they have a clear choice on substance and that’s positive.”

“I think it’s important to have a guy there who isn’t there to get re-elected, but to make sure the office is working on behalf of the people,” Williams said.

The Public Advocate position is often looked at as a springboard to the mayors office. Williams said during the debate he is not interested in running for mayor in two years, but added he would never rule it out.

Borelli joked that considering the traditional Democratic majorities in this city, if he were to win the Public Advocate job, he would absolutely consider a run for mayor.