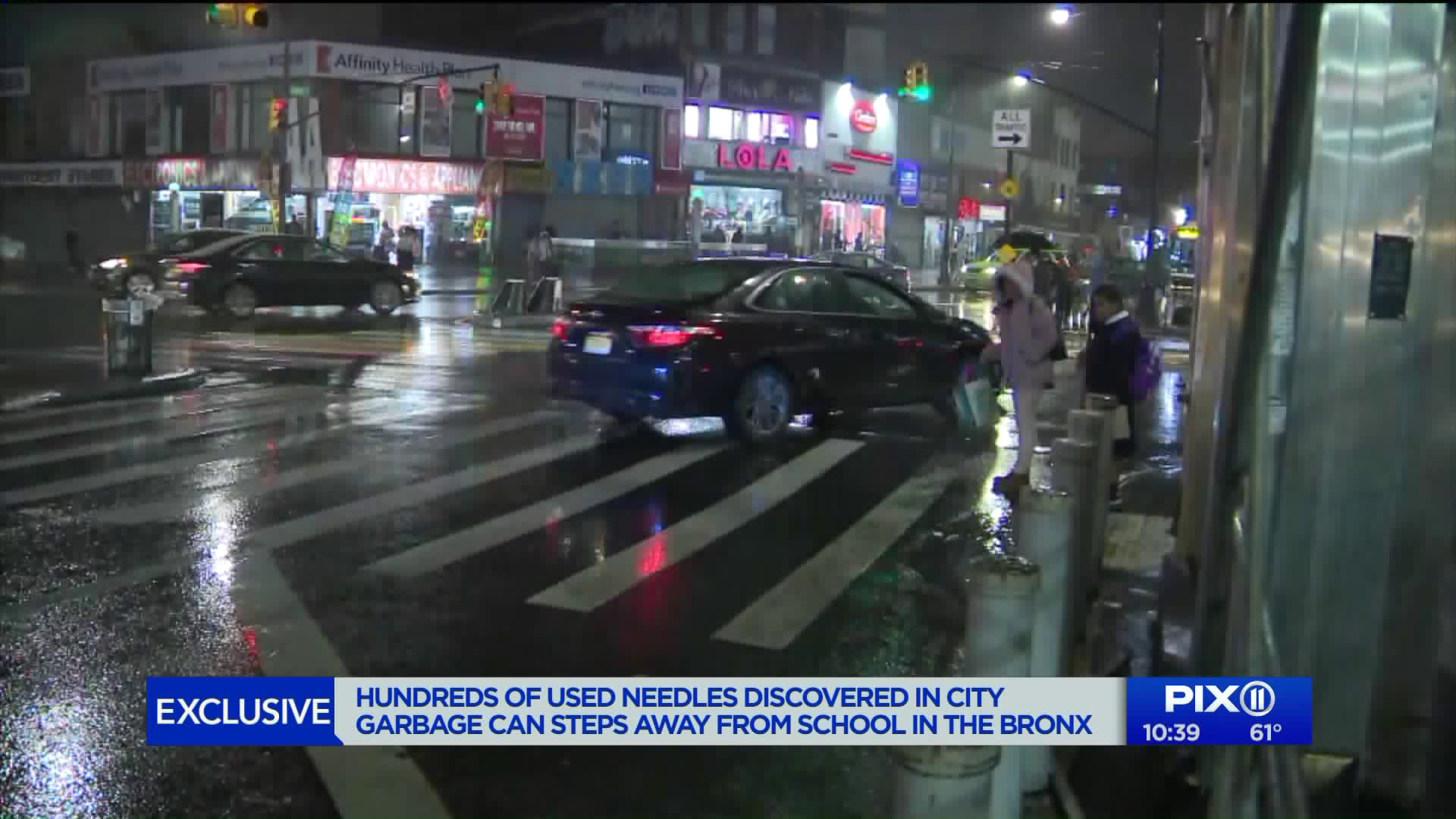 This bustling intersection in the South Bronx is officially known as "The Hub". But residents have given this neighborhood an another, unofficial title based on the rampant heroin abuse taking place in the shadowsand that unofficial nickname is not flattering.

THE BRONX — There's a bustling intersection in the South Bronx officially known as “The Hub”.

But residents have given this neighborhood an another, unofficial title – based on the rampant heroin abuse taking place in the shadows and that unofficial nickname is not flattering.

"We're in the hub of heroin, it's nuts," said resident Marty Rogers.

A video shows local resident Marty Rogers going through a stash of used needles, mixed in with ordinary garbage.

"I subsequently opened it and found 203 IV drug needles, used needles," Rogers added. "Some of them have blood on them."

Residents found the needles a week an a half ago, not in a dumpster of a medical waste facility but in an open, metal garbage can, at the corner of East 151st Street and Melrose Avenue, right next to a school.

For filmmaker Giacomo Francia, producer of an upcoming documentary called, “The Hub,” the biggest challenge is balancing the wave of gentrification rolling through the South Bronx and the drug epidemic standing in the way of progress.

"I've been living in this neighborhood for almost the past five years now," said Francia. "It's impossible not to see it. That's how bad it is."

Principal Alexandra Benjamin says she and other community leaders have been pleading with the de Blasio’s administration to do something about the drug problem here.

There are orange syringe caps scattered under a park bench in nearby St. Mary’s Park, not far from a receptacle where drug users are encouraged to dispose of their used needles.

Benjamin says she informed the Mayor’s office about the needles found in the garbage can, but has yet to get a response.

"It's not getting better, it's getting worse," Rogers said. "It endangers the wonderful kids in the school, in the whole community, because any one of those kids could have thrown something in that garbage can. Horsing around and got pushed into that garbage can and got pricked, because they were all scattered at the top, all exposed needles."