3 killed in multi-vehicle crash on I-80 in NJ: authorities 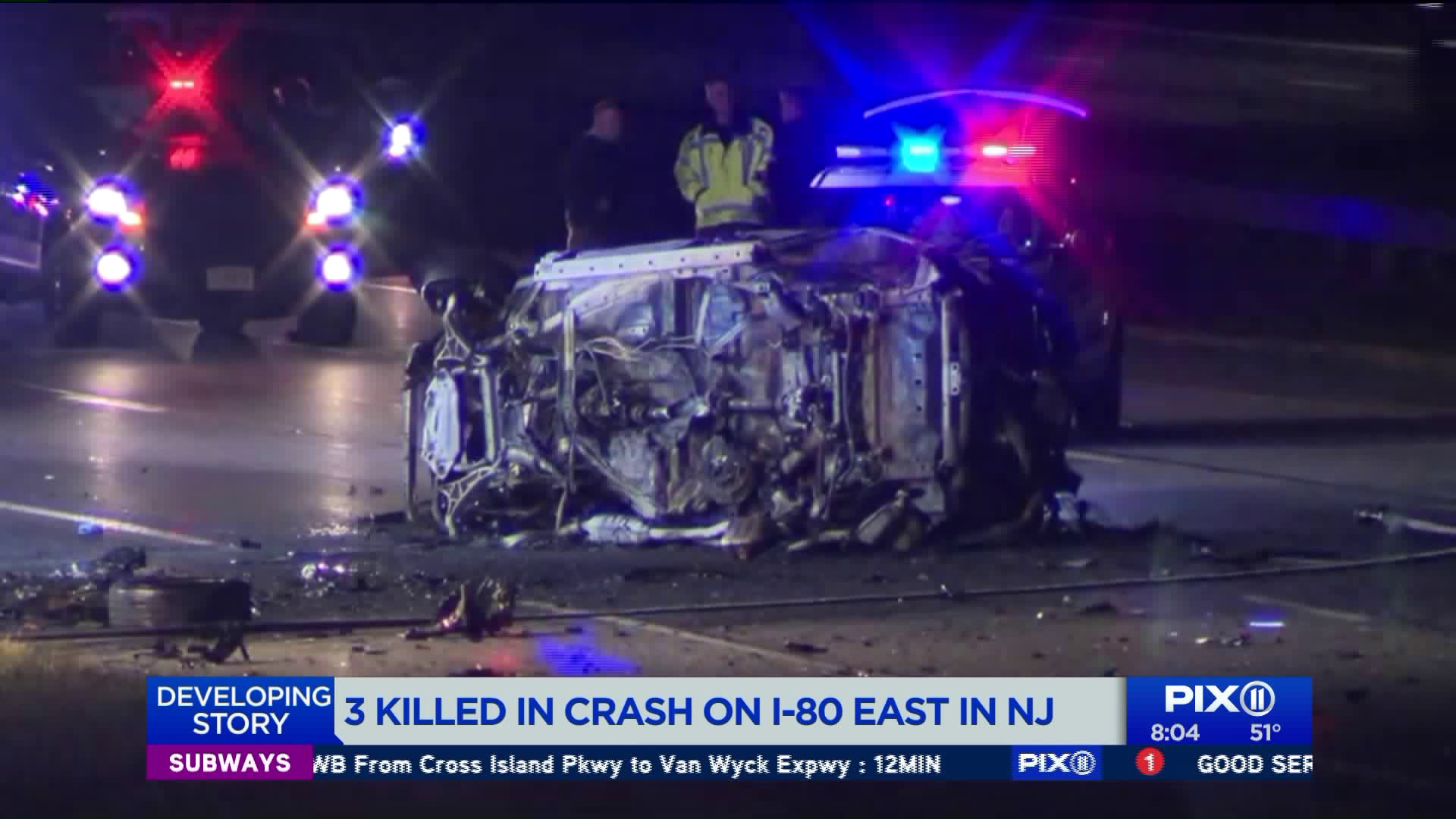 Three people are dead after a major multi-vehicle crash on the Interstate 80 highway in New Jersey early Friday, authorities confirmed.

State troopers responded around 1:45 a.m. for a crash involving at least two vehicles in the eastbound express lanes of I-80 in Parsippany-Troy Hills in Morris County, according to the New Jersey State Police.

Authorities confirmed there were at least three fatalities in the crash but had no further information about the deadly incident or the victims' identities.

Express lanes have since reopened, but motorists should expect heavy, residual delays in the area.

AIR11 was over the scene, four vehicles appeared to have been towed away — two SUVs, a sedan and a FedEx tandem tractor-trailer.