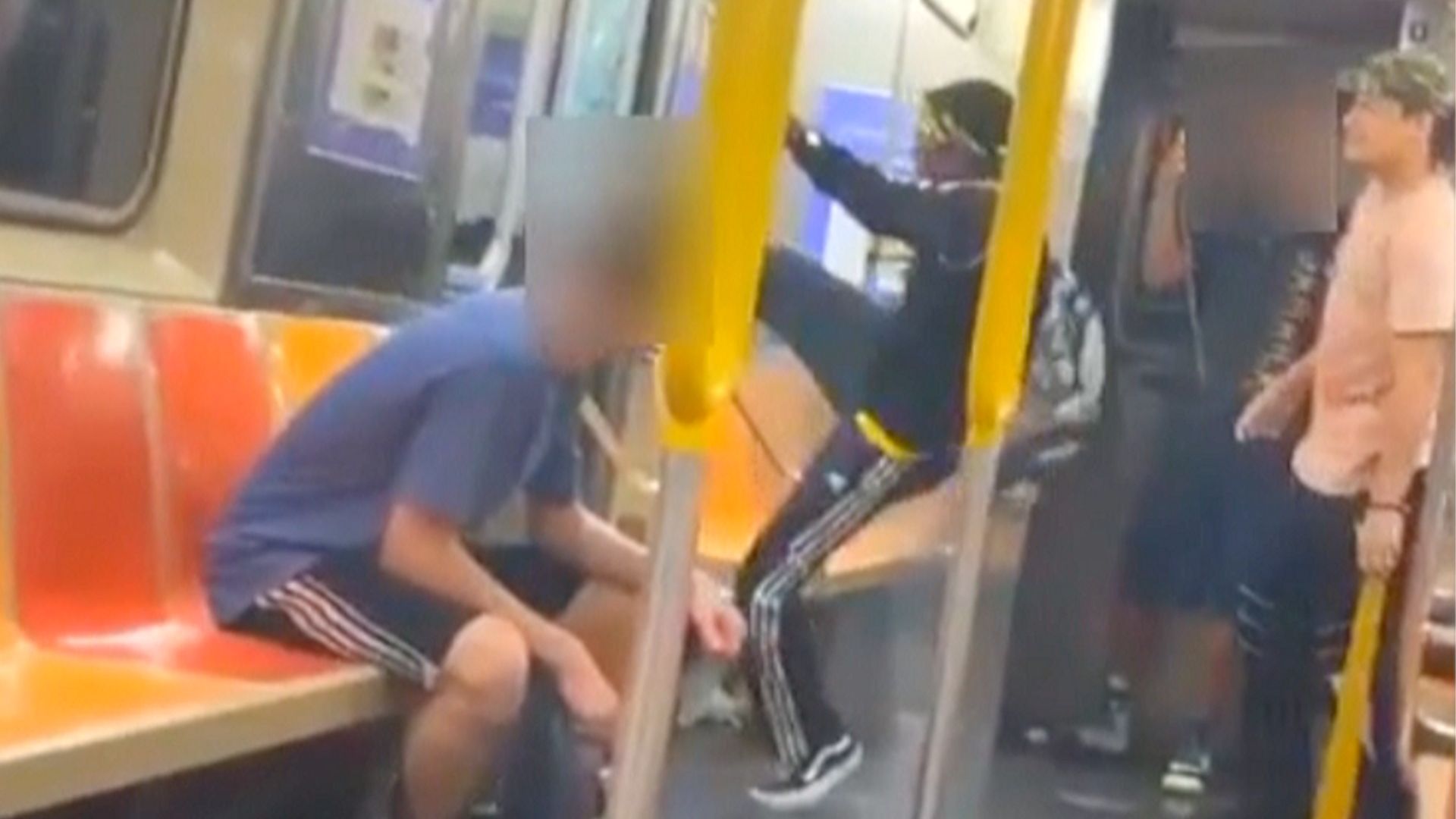 Surveillance video of young males kicking out the window of a subway train door near the 125th Street-Lexington Avenue subway station on Saturday, September 28, 2019, from the NYPD.

EAST HARLEM — The NYPD said they're looking for two young subway riders who were caught on camera kicking the window of a subway train door until it breaks.

According to authorities, on Saturday, Sept. 28, around 8:40 p.m., the two unidentified males were captured on surveillance video damaging the glass door panels by kicking them out into the tunnel near the 125th Street-Lexington Avenue subway station in East Harlem.

The footage shows the young vandals seemingly celebrating after damaging the train's door.

There were no injuries reported as a result of the incident, police said.