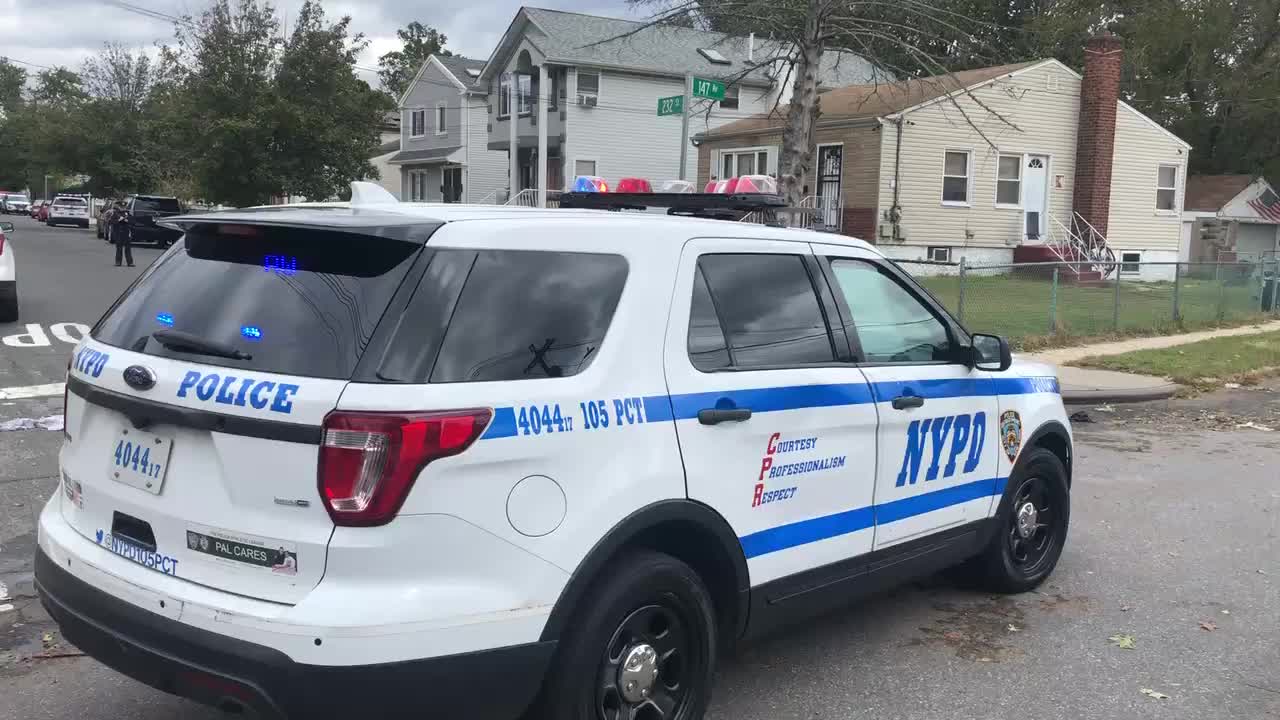 A woman was shot in Queens Thursday afternoon, police said. Police were called to a residential neighborhood along 232nd Street and 146th Avenue just before 1 p.m.

Police were called to a residential neighborhood along 232nd Street and 146th Avenue just before 1 p.m.

Authorities arrived to find a woman shot twice: once in each leg. She was taken to the hospital for her injuries, police said.

Video shows a heavy police presence at the scene with part of 232nd Street blocked off to traffic.

A weapon was recovered, no suspects have been arrested, police said.

The circumstances leading to the shooting was not immediately disclosed.