Stanton out again, Hicks moved up to 3rd in Yanks’ order 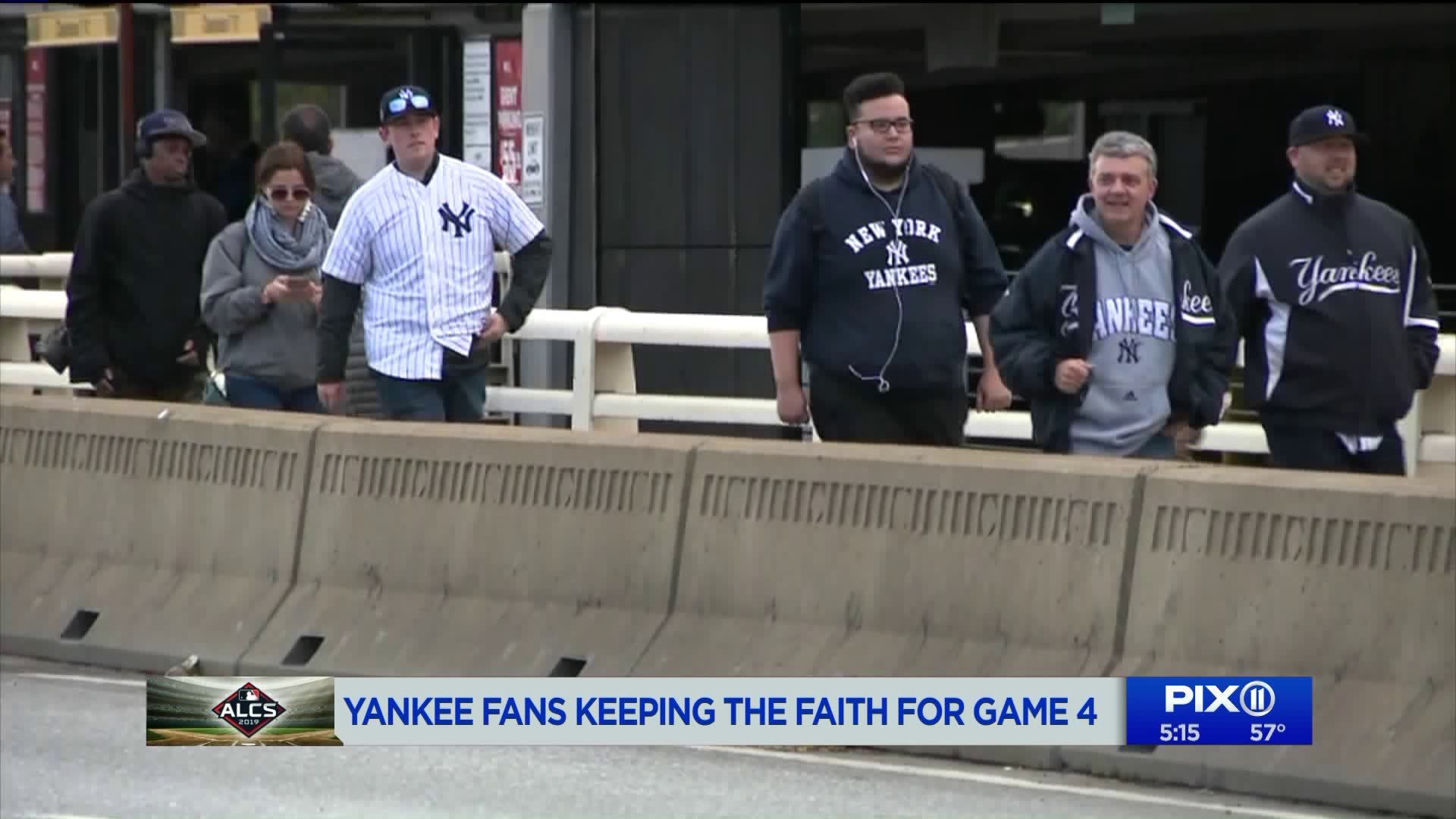 The Yankees take on the Astros in ALCS Game 4 Thursday at Yankee Stadium. PIX11`s Greg Mocker spoke with the fans.

NEW YORK — Giancarlo Stanton remained out of the New York Yankees lineup for the third straight game and Aaron Hicks was moved up to third in the batting order for Game 4 of the AL Championship Series against the Houston Astros.

Limited by injuries to 18 games during the regular season, Stanton homered in the series opener and missed the next two games because of a strained right quadriceps.

Hicks was 0 for 2 with two walks in Game 3 on Tuesday, his first start since he injured his right elbow on Aug. 3.

New York trailed 2-1 in the best-of-seven series going into Game 4 on Thursday, a day after rain forced a postponement.