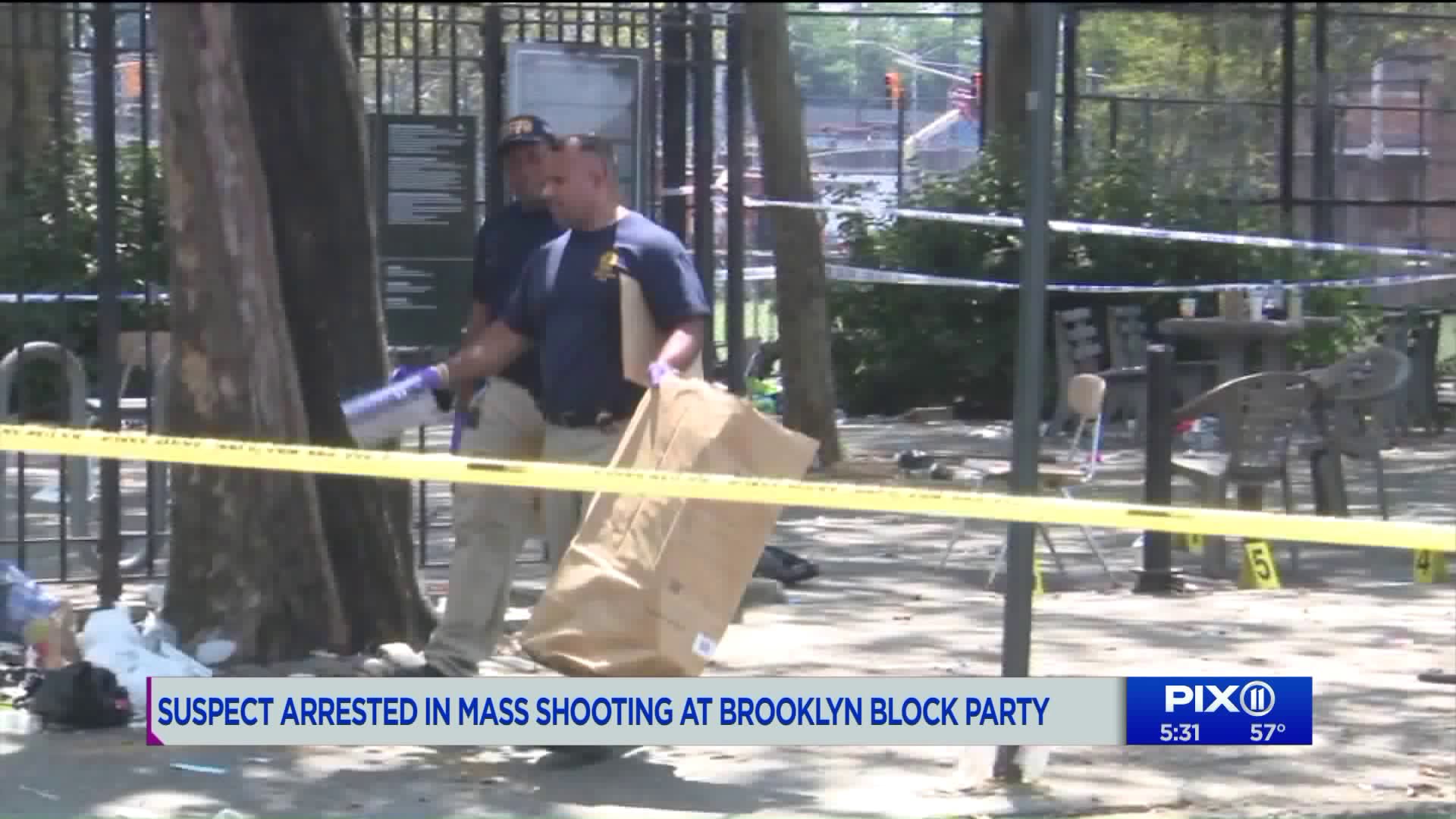 A 20-year-old gang member has confessed to being one of two shooters in a gun battle that killed one person and wounded 11 others after a chance encounter between rival groups during a festival held at a playground, police said Thursday. Police have identified someone they believe is the other shooter but have not made an arrest.

BROWNSVILLE, Brooklyn  — A 20-year-old gang member has confessed to being one of two shooters in a gun battle that killed one person and wounded 11 others after a chance encounter between rival groups during a festival held at a playground, police said Thursday.

Police said Kyle Williams admitted killing Jason Pagan, 38, and wounding several others as he and the other man opened fire, possibly shooting at each other, July 27 during the annual Old Timers Day celebration in the Brooklyn's Brownsville neighborhood.

Police have identified someone they believe is the other shooter but have not made an arrest, Kemper said. That person was associated with Pagan's group, while Williams was involved with a rival group, he said. Pagan did not fire any shots.

"Both these groups don't like each other," Kemper said at a news conference Thursday. "Words were exchanged. Guns were displayed. Shots were fired. And this incident occurred."

Williams is expected to be arraigned Thursday evening on charges of murder, criminal possession of a weapon, reckless endangerment and attempted murder, the Brooklyn prosecutor's office said.

It wasn't clear whether he had a lawyer who could comment.

Williams' 9mm handgun fired 10 times, killing Pagan and wounding other victims, Kemper said. The other gun, a .40-caliber semiautomatic used by the second shooter, was fired five times, he said.

The investigation appeared stalled for a time, but Kemper credited "old-fashioned detective work" and help from the public — particularly members of the Brownsville community — for cracking the case after 80 days without an arrest.

Tips in recent weeks helped police identify two women seen on video at the park around the time of the shooting, Kemper said, and that led police to Williams.

Chief of Department Terence Monahan said he was angered and outraged by a "senseless act of violence." Though the department does not have an official definition, he said, the Brownsville fusillade was certainly a mass shooting.

"I'd like to make something clear to any gang member and violent criminal in New York City," he said. "If you believe you can carry an illegal gun, cause violence and instill fear in our communities, you couldn't be more wrong. Regardless of the time that passes, we will find you, arrest you and you will go to jail."

Police said earlier in the investigation that Pagan had recently been let out of prison and the shooting might have been related to a gang dispute. Pagan was a member of the Bloods gang and several other victims had gang histories, police said.

Williams is a "self-admitted gang member," Kemper said, adding that he was previously known to police but declining to identify his gang affiliation. The address police listed for him is about a 10-minute walk from the playground.

Police offered thousands of dollars in rewards for information, but the big break came after the department made the pictures of the two women public Oct. 1, Kemper said.