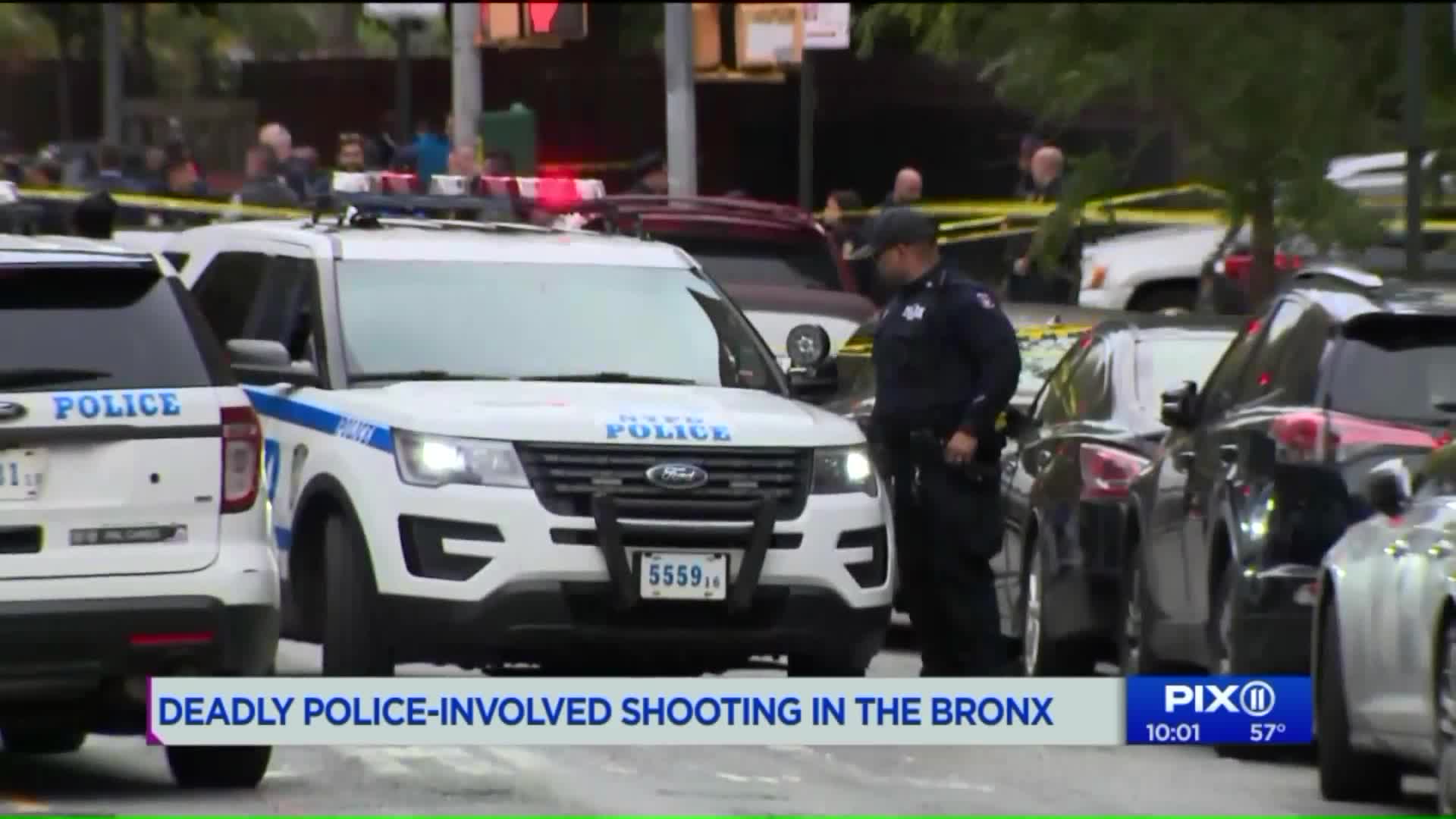 A man was fatally shot by police during a Bronx traffic stop Thursday in what is the third police-involved shooting in the city this week, the NYPD confirmed.

NORWOOD, the Bronx — A man was fatally shot by police during a Bronx traffic stop Thursday in what is the third police-involved shooting in the city this week, the NYPD confirmed.

The NYPD confirmed a police-involved shooting on Wednesday, Oct. 17, 2019. (Citizen)

The three uniformed officers spotted a man without a seat belt as he drove on Bainbridge Avenue around 3 p.m., NYPD Chief of Department Terence Monahan said. They had the driver pull over. He turned right and stopped on East 211th Street.

Two officers walked up to the driver's side of the SUV and a sergeant walked up to the passenger side where another man was seated, Monahan said. They quickly determined that the driver had three open warrants for violations and told him to exit the SUV.

The man exited, but then fought back and got back into the SUV, Monahan said. Both doors of the SUV were open as officers fought with the man. The sergeant, who'd leaned into the SUV and tried to grab the gear shift, deployed his Taser for multiple cycles, but it failed to end the struggle.

"During the struggle, the man shifted the car into drive, moving the car forward and backward, with the sergeant still inside the vehicle," Monahan said. "When the car was put in reverse, the officer on the driver's side had to release his grip on the male and jump out of the way to avoid getting struck by the car."

About 90 seconds after the fight started, the sergeant fired one time, hitting the driver in the chest, Monahan said. Officers rendered aid at the scene and the man was rushed to a local hospital where he was pronounced deceased.

Investigators found "a substantial amount of narcotics consisting of what appears to be cocaine, heroin and molly" on the driver, Monahan said.

The SUV passenger was not involved in the struggle, police said.

No officers were injured, police said. The three involved were taken to a local hospital for evaluation.

This was the second police-involved shooting in the Bronx this week and the third city-wide in less than 72 hours. An armed man died after being shot by officers Tuesday night on Baltic Street in Brooklyn, officials said. Hours later, early Wednesday, police shot and injured a man with a firearm on a train platform in the Bronx.

The NYPD asked people to avoid the area of East 211 Street and Bainbridge Avenue because of the police investigation.

New Yorkers were warned to expect emergency vehicles and traffic in the area.

The NYPD has not yet released any additional information on the shooting.