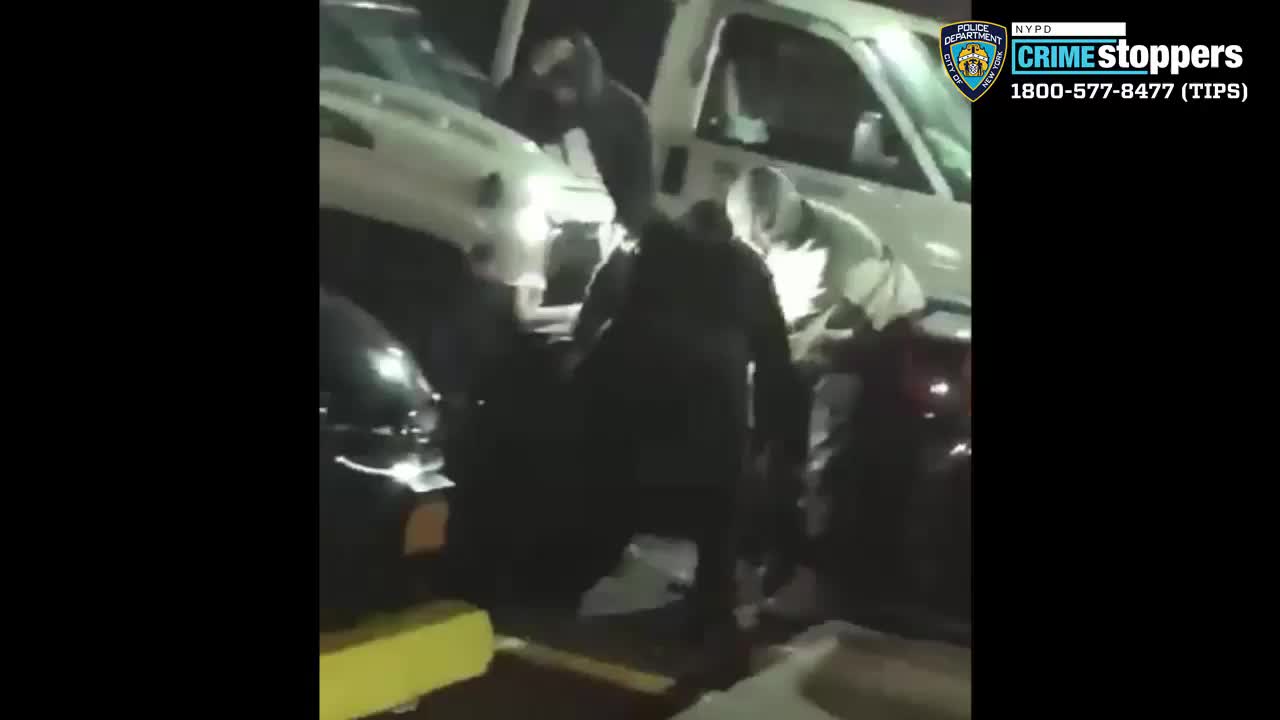 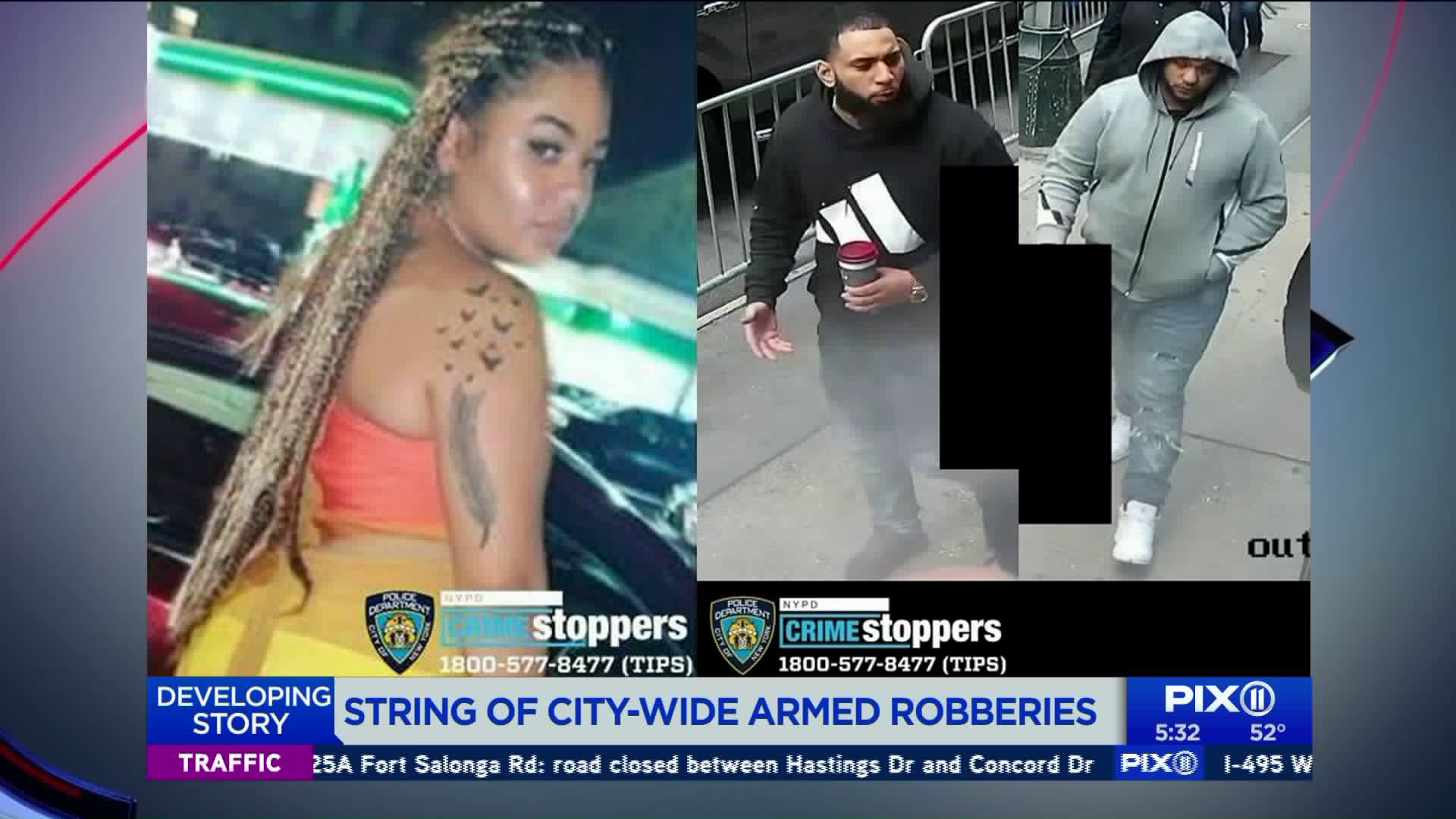 NEW YORK — A group of people are sought in a series of 10 robberies across the city, according to police.

Two male suspects and a woman who may have been working in conjunction with them (NYPD).

The incidents date back to Monday, Aug. 26 at 4 a.m., in the vicinity of Broadway and Verveelen Place in the Bronx. A 30-year-old man and 29-year-old woman were entering their vehicle when two unidentified men exited a vehicle, brandishing firearms and demanding property.

The victims relinquished $200 and jewelry before the men fled in a burgundy Kia, southbound on Broadway.

The third incident occurred on September 2 at 4 a.m. A 33-year-old man was entering his residence near Montgomery Avenue and West 175th Street when the men approached him and displayed a firearm. The victim was forced to give up his necklaces and bracelet as the men fled in a BMW with about $29,000 worth of jewelry.

The men may have struck again on September 14 at approximately 4:30 a.m. in the area of West 203rd Street. A 29-year-old man was walking to his car when he was approached by two men who displayed a firearm and demanded property. They fled in a red Honda with the victim's chain, ring and bracelet, valued at $14,000, as well as $500 cash.

There was another report on Monday, Sept. 16 at around 12:15 a.m. near West 227th Street and Arlington Avenue. A 37-year-old man was accosted by three men who displayed a firearm, struck him in the face and demanded property. They fled in a black Mazda with the victim's chain, watch and earrings valued at $15,850, as well as $600 cash and other miscellaneous items.

The two men were seen again on September 19 in front of 3875 Broadway at 12:15 a.m. A 33-year-old man was approached by two unidentified men while seated inside the vehicle who demanded his property. The suspects fled in a black Nissan sedan with nearly $1,000 in cash.

On September 22 at 4:20 a.m., the two men approached a 24-year-old man in front of 25-15 50 Street in Queens while seated in his vehicle. One of the men displayed a firearm and demanded property. The suspects fled with the victim's gold chain and medallion worth about $4,000.

Authorities said an eighth incident was reported on October 3 at around 6:20 a.m. Two individuals approached a 30-year-old male victim on Webster Avenue in the Bronx and displayed a firearm. The men proceeded to take the victim's gold chain and Rolex before fleeing.

In another incident, three individuals approached a 28-year-old man on West 182nd Street in Washington Heights on October 8 at 5:40 a.m. The men proceeded to take the victim's Miami Cuban gold chain and Rolex before fleeing, police said.

The most recent incident occurred at 12:40 a.m. on October 14. Three individuals approached a 30-year-old man in front of a BP gas station on 10th Avenue and displayed a firearm while kicking him. The individuals removed the victim's Cuban linked gold and diamond chain and Rolex before fleeing.

Photos are of the male suspects, including a woman wanted for questioning in connection to the robberies.

Anyone with information in regard to these incidents is asked to call the NYPD's Crime Stoppers Hotline at 1-800-577-TIPS (8477) or for Spanish, 1-888-57-PISTA (74782). The public can also submit their tips by logging onto the CrimeStoppers website at WWW.NYPDCRIMESTOPPERS.COM, on Twitter @NYPDTips. All calls are strictly confidential.