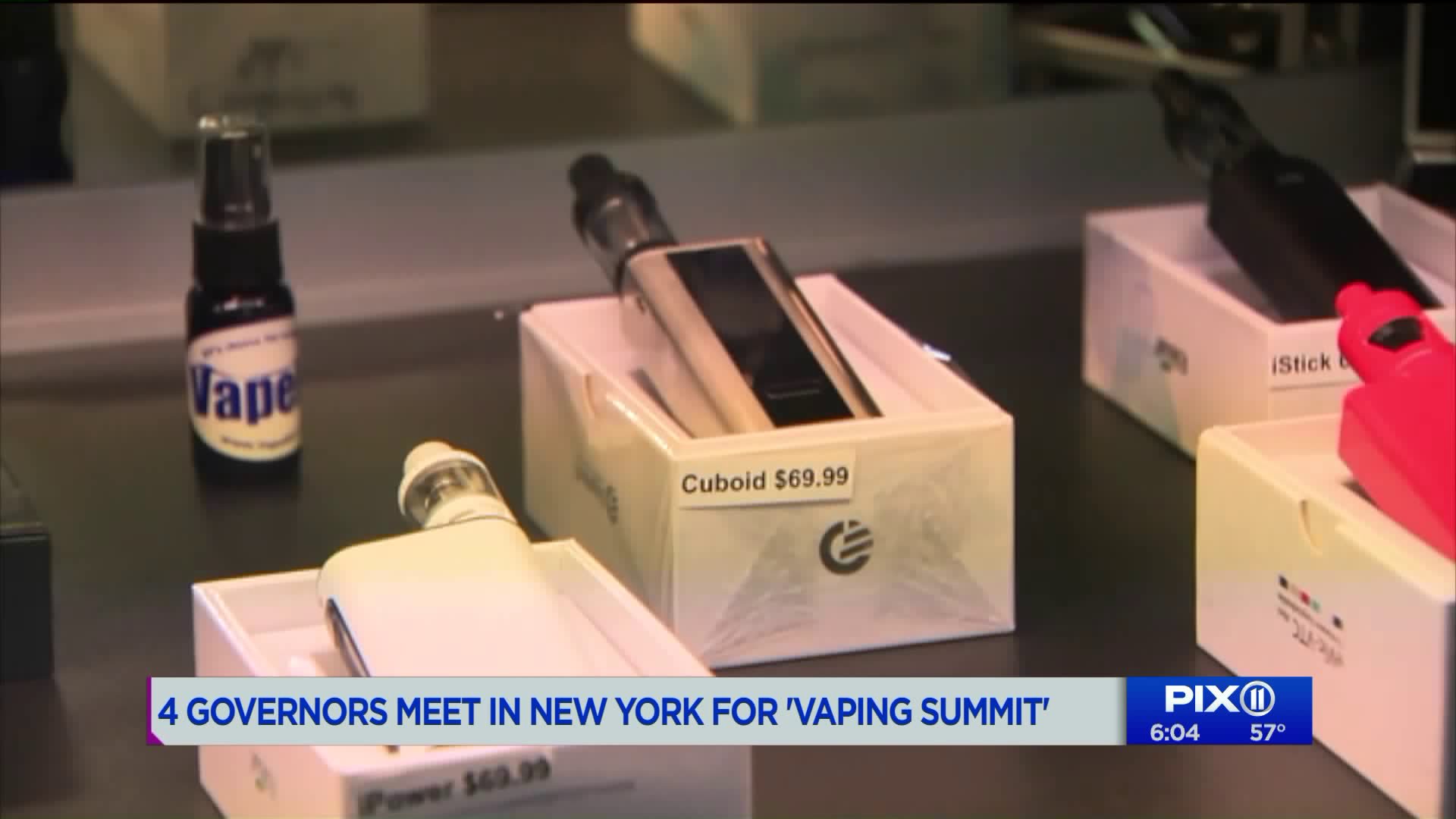 NEW YORK — Juul, the world's largest vape manufacturer, announced on Thursday that it's suspending all sales of its flavored vaping products, except for tobacco and menthol flavors, pending a review by the Food and Drug Administration. The announcement came as leaders of a half dozen states convened in New York to examine ways to best regulate vapes, as well as coordinate their efforts to do so.

Juuls are nicotine delivery devices that look like, and are even powered like, USB drives. For the time being, the company's fruit-flavored cartridges are not for sale.

"It seems like a good idea to me," said a vape user who wanted to remain anonymous because he didn't want his parents to know he uses e-cigarettes. "I know people that have gone back to cigarettes to get off the Juul," he said.

But not every vape user or smoker agrees that bans are a good thing.

"We should look at why this problem is occurring, rather than just ban the product," said Harry Dougherty, a local resident, as he walked out of a smoke shop in Greenwich Village.

Examining and effectively dealing with the problem were reasons that New York Governor Andrew Cuomo gave for convening a summit on the issue here on Thursday morning.

The summit featured governors from New Jersey, Connecticut, and Pennsylvania, and government health officials from Colorado, Massachusetts and Rhode Island -- leaders from states representing one-fifth of the US population.

Their states vary in their approaches to vaping, but New York and Connecticut are attempting a ban on all flavored vapes, while New Jersey is considering phasing out all e-cigs and vapes entirely.

A New York retailer this week clearly spelled out what that could do.

"All these [vape] cartridges are still going to be sold on the street," Spike Babaian, owner of the Vape N.Y. chain said. "It's going to shut down every legitimate commercial vape shop," she added.

"I have enormous sympathy for small businesses in New Jersey," the governor said. "They're the backbone of our economy. But it cannot be that we prioritize that over the health of our youth."

On Thursday, the Centers for Disease Control released new figures on vaping-related sicknesses. It said that to date, 33 people have died from vaping-related illnesses. 1,479 people have become ill. Of that number, 78 percent were using vapes infused with THC, a marijuana-related substance.