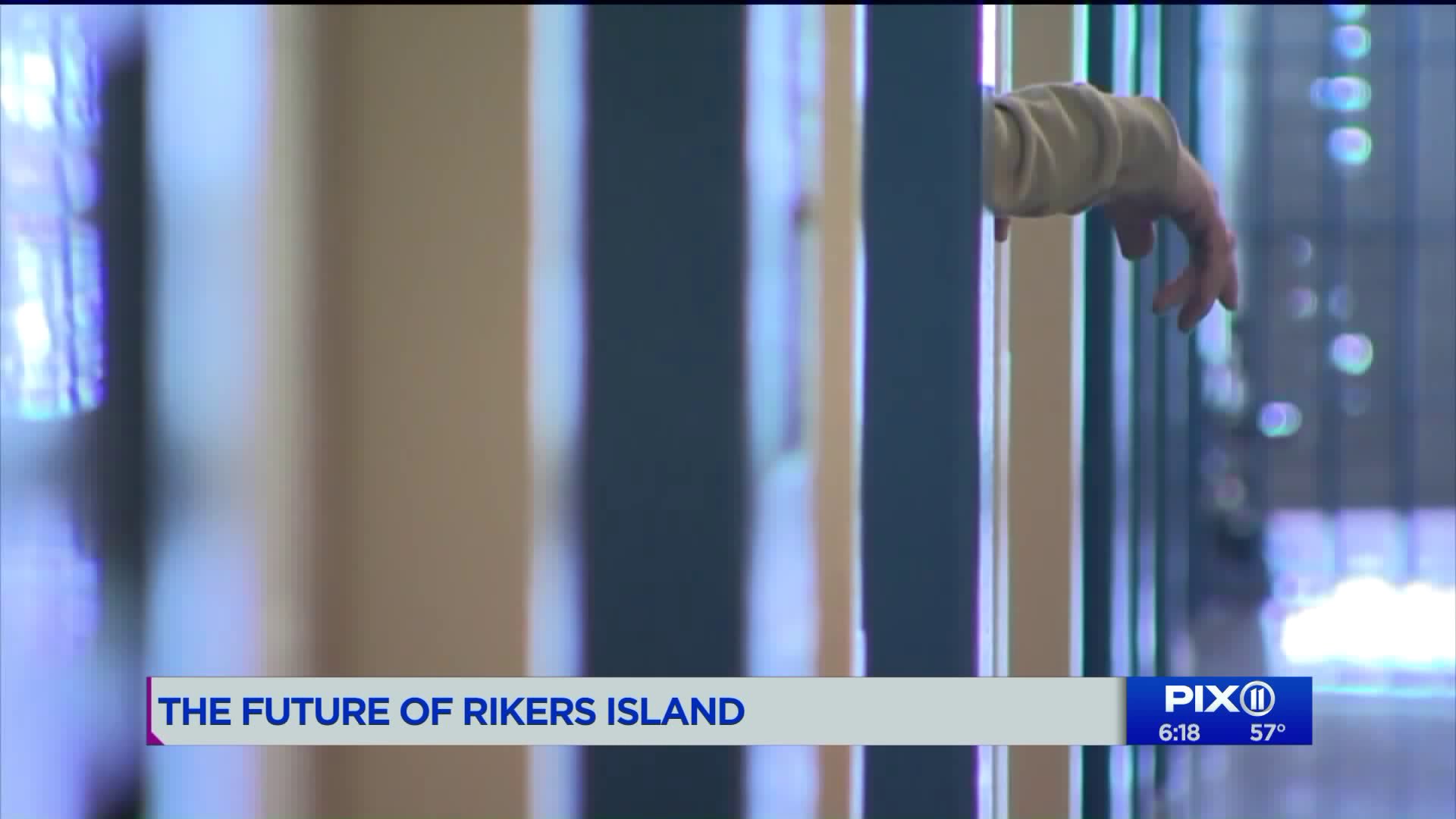 The City Council approved a plan to shutter the complex on Rikers by 2026 and replace it with four smaller jails located closer to the city's main courthouses in Manhattan, Brooklyn, the Bronx and Queens.

The vote ends Rikers' decades-long run as one of the world's largest jails, which had become notorious for violence and dysfunction.

Mayor Bill de Blasio and other Democrats have support the plan, expected to cost more than $8 billion, in part because of a belief that in an age of falling crime rates, huge jails are part of the public safety problem rather than part of the solution.

"Mass incarceration did not begin in New York City, but it will end here," de Blasio said earlier this week. "We are proving you don't need to arrest your way to safety."

According to city officials, a steep drop in the jail population has made it feasible to close the complex of 10 jails on the island between Queens and the Bronx, which mainly houses inmates awaiting trial.

With falling crime rates, the number of people incarcerated in the city on a daily basis has declined from a high of nearly 22,000 in 1991 to about 7,000 today. City officials announced this week that they believe they can shrink the jail population even further by 2026, to just 3,300 prisoners.

Critics of the plan are skeptical, however, saying fewer cells may mean more violent criminals on city streets.

Seth Barron, project director of the NYC Initiative at the Manhattan Institute, a conservative think tank, questions whether the city can really drive incarceration rates as low as they want without compromising public safety.

"It's not clear how they're going to get these numbers and it's politically driven," Barron said. "It's a big risk because we've already taken all the nonviolent people out of Rikers."

Barron blames the effort to empty the city's jails for the beating deaths of four homeless men in Manhattan's Chinatown this month.

Randy Santos, the man charged with attacking the men as they slept, had been recently freed from jail after several arrests for previous, less serious attacks on other people.

"What is clear is that progressive social policies gave Santos the freedom to feed his addictions and nurture his insanity — until he murdered four innocent people," Barron wrote in the institute's City Journal .

Inmates would be moved to four new or expanded jails in each city borough except Staten Island under the proposal, making it easier for the inmates to receive visits from lawyers and family members who will no longer have to travel to an island.

The plan also met some resistance from residents of neighborhoods surrounding the jail sites. City Council leaders announced Tuesday they would decrease the heights of the planned jails to win support. A prison skyscraper planned for lower Manhattan was cut from 45 to 29 stories and a proposed Brooklyn jail went from 39 to 29 stories. City Council member Margaret Chin, a Democrat who represents lower Manhattan, said the shorter jail tower planned for her district "will no longer be out of scale with the neighborhood."

But others say they don't want any new jails at all. Marlene Nava Ramos, a member of the advocacy group No New Jails NYC, said "the idea is to begin actually decarcerating New York City instead of building new jails."

Martin Horn, who headed the city Department of Correction from 2003 to 2009 under Mayor Michael Bloomberg, said reducing the jail population to 3,300 would be "a historic accomplishment" but he questioned the 2026 deadline for completing the new jails.

"My experience is that city construction projects of this magnitude take far longer," said Horn, who now teaches at the John Jay College of Criminal Justice.

Rikers Island has housed jail inmates since the 1930s and has long been known for brutality. The jail complex saw hundreds of stabbings each year during the 1980s and early 1990s.

More recently, a 2014 Associated Press investigation detailed dozens of inmate deaths including that of a homeless ex-Marine who essentially baked to death in a hot cell.

"I know what damage Rikers does to people. Rikers is not a fit place for human beings," said JoAnne Page, president of the Fortune Society, a nonprofit organization that provides support to formerly incarcerated people.