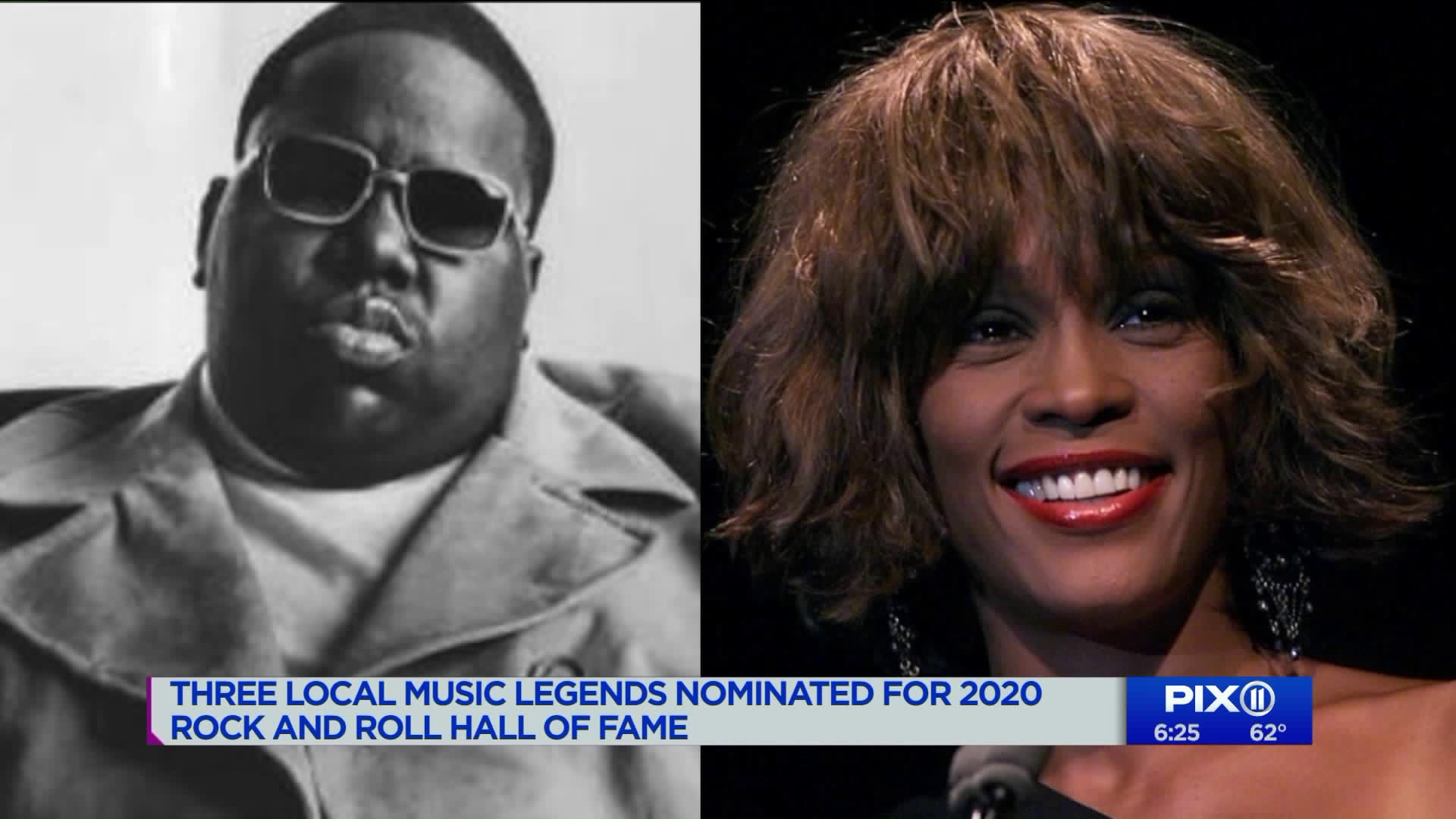 Three music icons from our area were among the artists nominated to the Rock `n` Roll Hall of Fame class of 2020: Pet Benatar, the Notorious B.I.G. and Whitney Houston.

CLEVELAND, OH — The Rock and Roll Hall of Fame announced the nominees for their 2020 class Tuesday.

This year's nominees are:

This year marks the fourth in a row where fans will be able to go online and cast votes for their five favorite acts. At the end of the fan voting, usually sometime in December the top 5 vote getters will be placed on a "fan's ballot" and counted along with the more than 1,000 other ballots that will be mailed out.

The Class of 2020 will be inducted in Cleveland next spring as the Rock Hall begins its every other year rotation of hosting the induction ceremony which in 2018 generated an estimated $36.5 million to the Cleveland economy. 2020 will also mark the 25th Anniversary of the iconic Rock Hall itself.

To be eligible for inclusion the Rock Hall an individual or artist must have released its first commercial recording 25 years prior to the year of the induction, so 2020 nominees had to have released their first recording no later than 1994.

Nearly 900 individual artists have been inducted over the past 34 years.