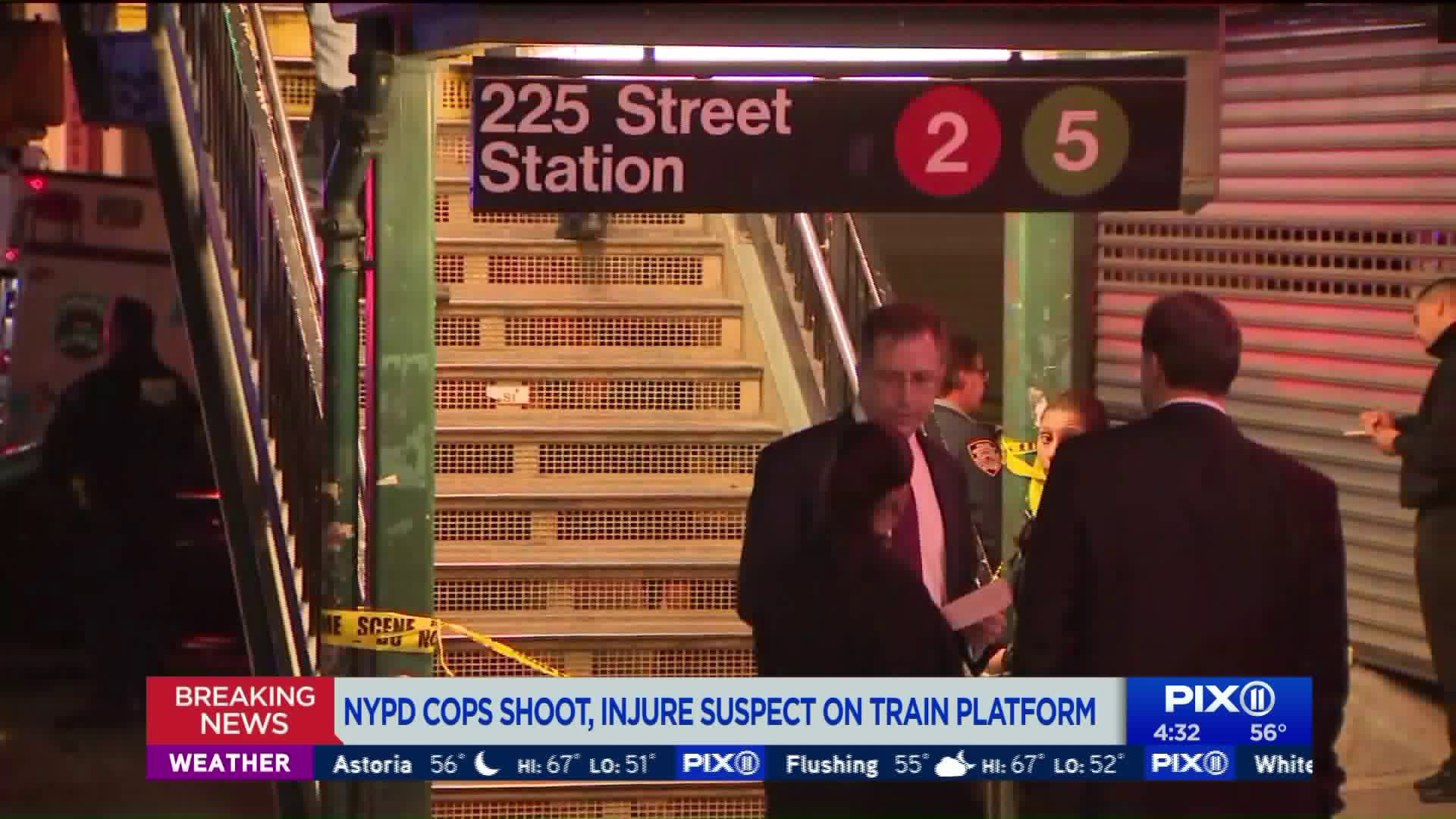 After reports of a man firing a gun on the 225th Street-White Plains Road subway station platform in the Wakefield section of the Bronx, responding NYPD officers observed a man with a firearm, police said. The man, on the southbound platform, turned around with the firearm and police shot the man once in the shoulder, authorities said. The armed man was taken by EMS to a local hospital where he is listed in stable condition, officials said. Police recovered a .380 caliber semi-automatic firewarm at the scene next to the man as he was taken into custody, the NYPD said. The officers were taken to another hospital for evaluation. 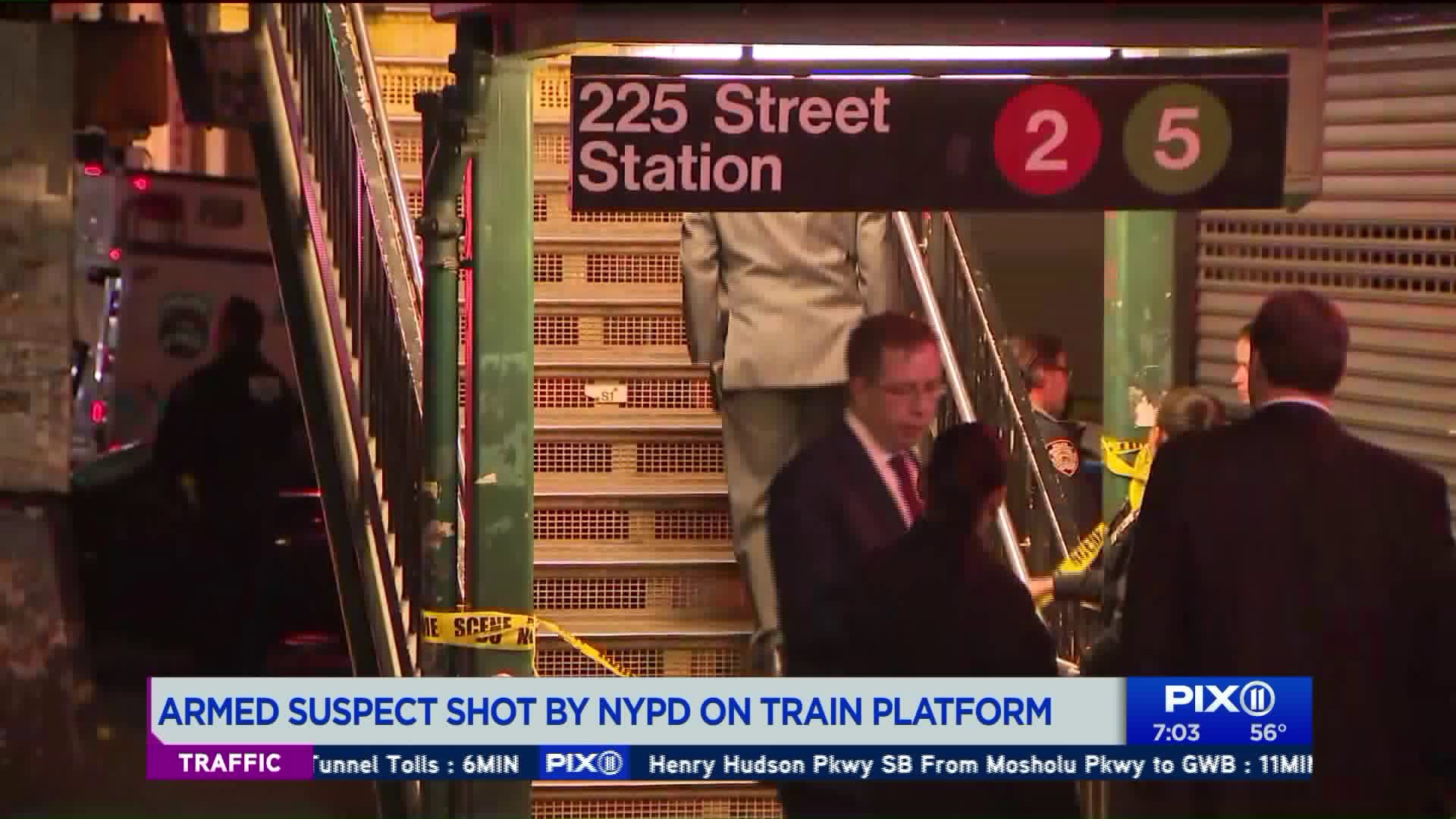 WAKEFIELD, the Bronx — Police shot and injured a man with a firearm on a train platform in the Bronx early Wednesday, the NYPD confirmed.

Just after midnight police responded to a ShotSpotter alert and a 911 call for a man firing shots at the 225th Street-White Plains Road subway station, along the No. 2 and 5 train lines in the Wakefield section of the Bronx, police said.

Several plain-clothed and uniformed officers responded to the scene, where they were told the armed man was on the southbound train platform, according to authorities.

According to police, when the officers engaged with the armed man he turned around with a gun, at which point two cops fired several rounds at the suspect, striking him one time in the left shoulder.

EMS responded and took the man to a local hospital where he is being treated, while both of the officers were taken to another nearby hospital for evaluation, the NYPD said.

Police said Wednesday morning that the suspect who was wounded is a 27-year-old man with an extensive criminal history. He was later identified by police as Richard Richard.

Police are investigating whether or not the man fired shots at the officers, the NYPD said.

No officers were injured in this incident.

Police recovered a .380 caliber semi-automatic firearm at the scene, next to the suspect as he was taken into custody on the train platform, officials said.