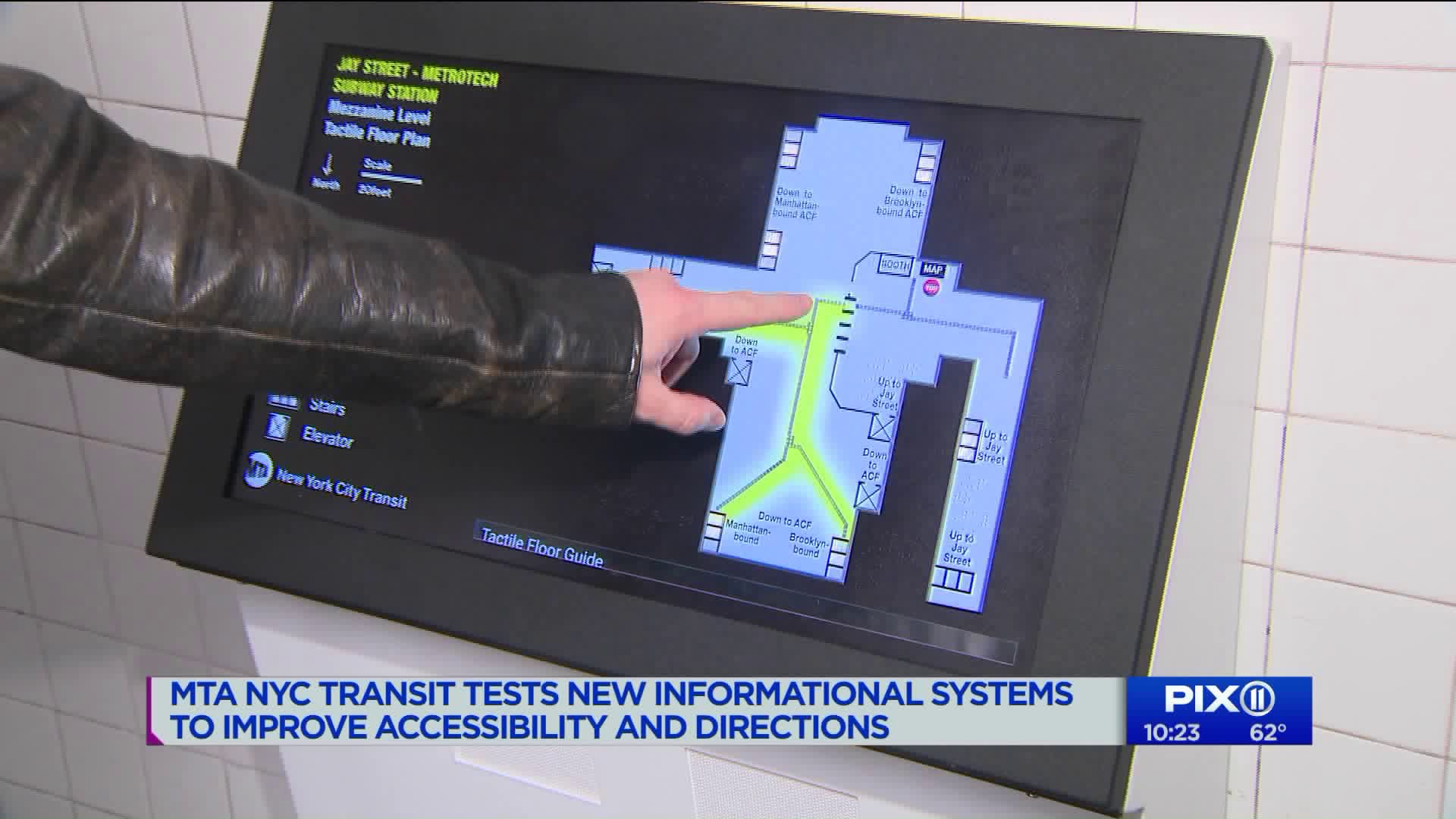 They`re in use on a trial basis through the end of the year. In the meantime, the MTA wants to get customers` reactions to them. Depending on the reviews the new changes get, the MTA will revise, replace, or eliminate some of them. 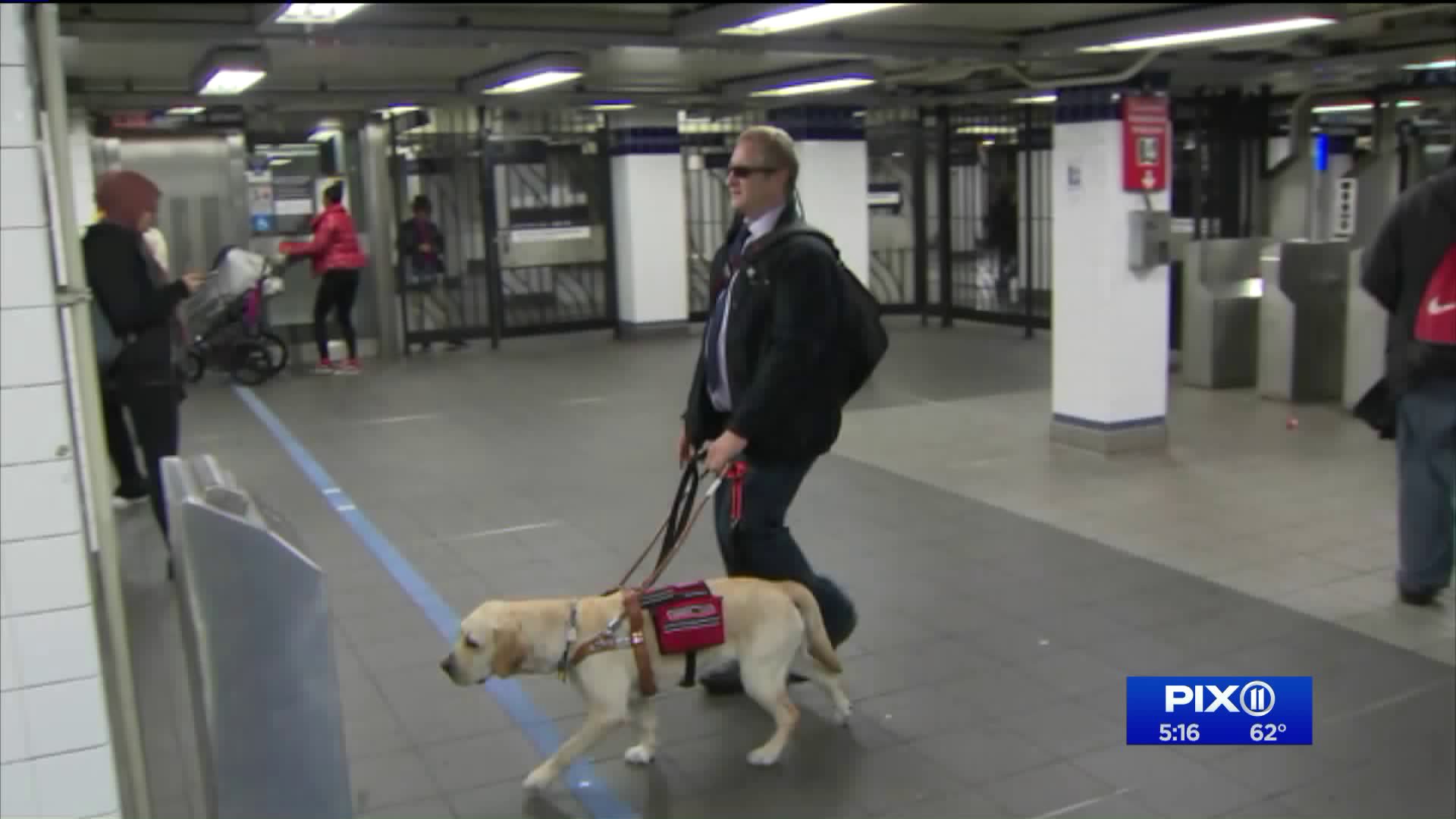 METROTECH, Brooklyn — A trained operator who guides you through subway hubs on your smartphone; talking maps posted at the entrance to a station; a variety of apps that make sure you know which rail line to take.  They're among the 15 high-tech — and not-so-high-tech — changes that could be coming to your local subway stop or commuter rail station, if they pass muster with the public that rides the rails to get around.

"Accessibility isn't only what the ADA defines it to be," said Alex Elegudin, MTA Senior Adviser for Accessibility, at an unveiling of the changes on Wednesday afternoon. "We want to go beyond that."

The unveiling of the various navigational aids took place at what the MTA calls its Accessible Station Lab.  Its many innovations, designed to make subway stations more accessible for all passengers — including those without disabilities — are at the Jay Street-MetroTech subway hub.

They're in use on a trial basis through the end of the year.  In the meantime, the MTA wants to get customers' reactions to them.  Anyone can see the innovations and react to them here.

Depending on the reviews the new changes get, the MTA will revise, replace, or eliminate some of them.

For example, Rich Jacobson, who is visually impaired, used the new raised-border/tactile/Braille map of the subway station located at the entrance to the Jay St.-MetroTech subway station.

"But I have to get that close to see it,” he said, about two inches from the map’s surface.

PIX11 News informed Jacobson about another of the navigational aids at the station, a talking map.

It combines some of the raised surfaces and Braille of the other map with electronics, including a computer-generated voice that tells a user where he or she is located in the station, and where landmarks within the station are relative to the user’s location.

“That is extremely helpful,” Jacobson said.

However, he’d been unaware of the talking map until PIX11 introduced it to him, even though Jacobson is a member of an MTA advisory board.

“If they could have some kind of pinging noise,” he said, “like you do for when you're walking across the street, that way you know that the button is there.”

Recommendations like that are what the MTA is seeking. NYC Transit chief Andy Byford was on hand for Wednesday’s rollout.

He said that his agency is looking forward to hearing from riders here, and that once their suggestions were incorporated, they would be ready to expand the presence of the navigational aids to other stations in the subway system.