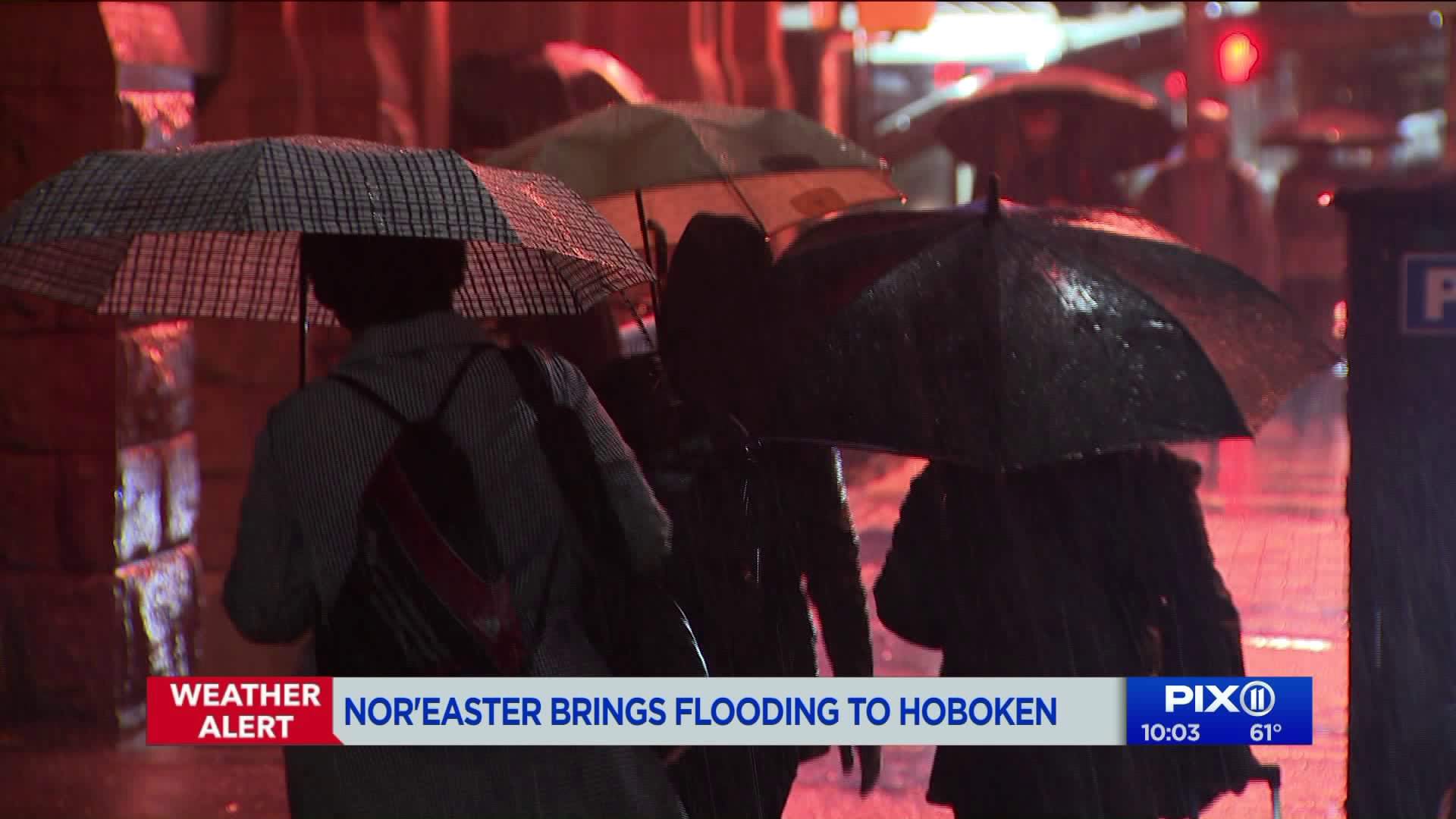 A nor`easter blew into the tri-state area Wednesday night. Whipping wind and driving rain pummeled people during the evening commute home. Over in Hoboken, a low-lying city that is flood prone, storm drains began to bubble up by 7 p.m.

Over in Hoboken, a low-lying city that is flood prone, storm drains began to bubble up by 7 p.m.

"We are kind of used to it. It doesn't mean it shouldn't change. It's not a great situation," Hoboken resident Christine Palumbo said.

She moved into her apartment building at the corner of 9th and Madison recently. Palumbo knew it was flood prone, but as she walked her dog, she was shocked to see almost a city block filled with sewage. Cars and a scooter were submerge in it.

"That's pretty disgusting, especially since I got this guy walking around on the street," she said.

Hoboken has been working to reduce the city's flooding problem. Since Superstorm Sandy, flood pumps have been installed that can pump out millions of gallons of rainwater from city streets. An underground tank was recently built that can hold thousands of gallons of water and the city broke ground on a second one earlier this month.

While fixing the city's flooding problem is a work in progress, Loan Huynh said people recognize it's just part of life in Hoboken.

"I think everybody is just used to it. Of course it's frustrating but there is not a whole lot you can do about it," she said.