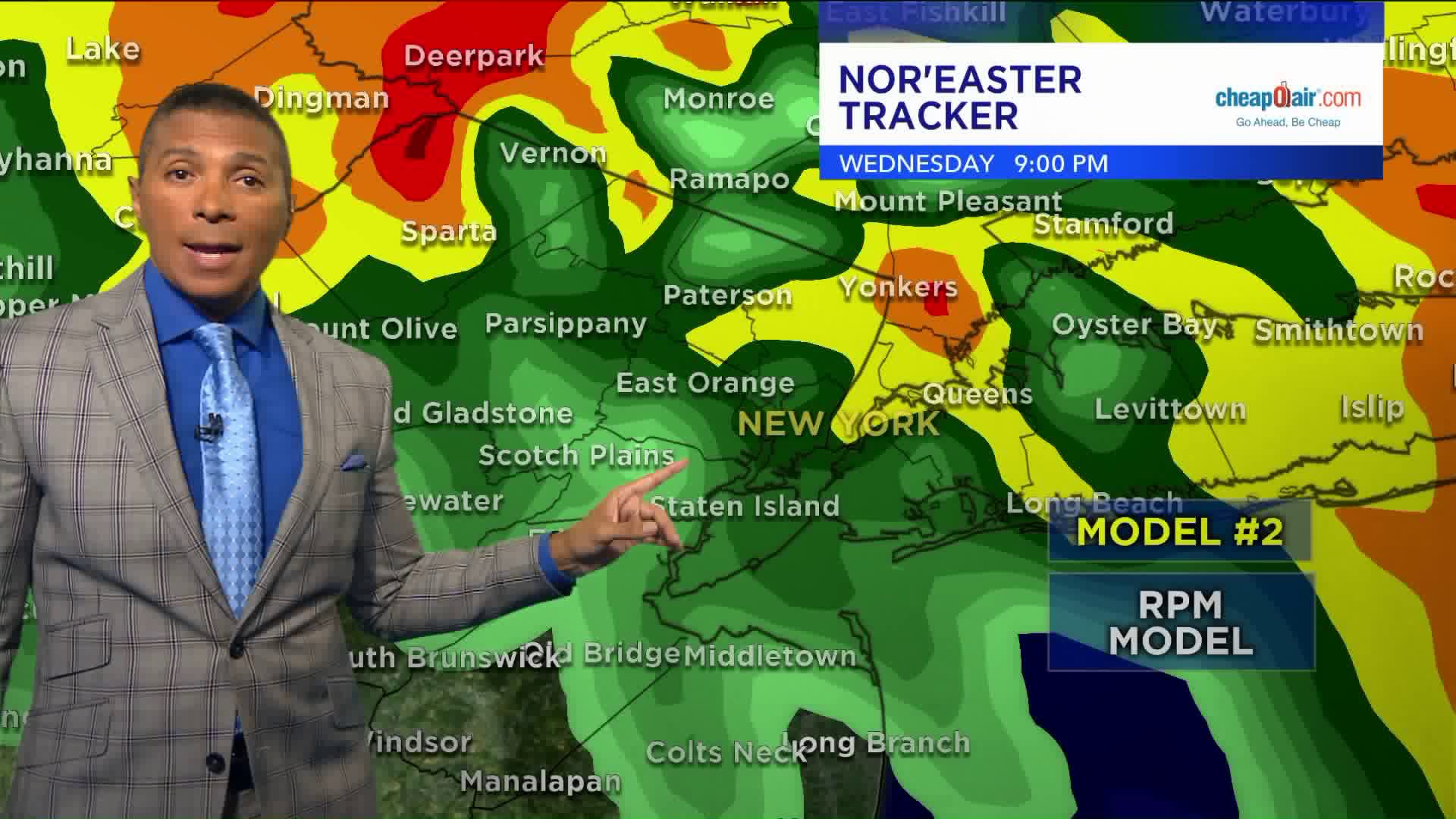 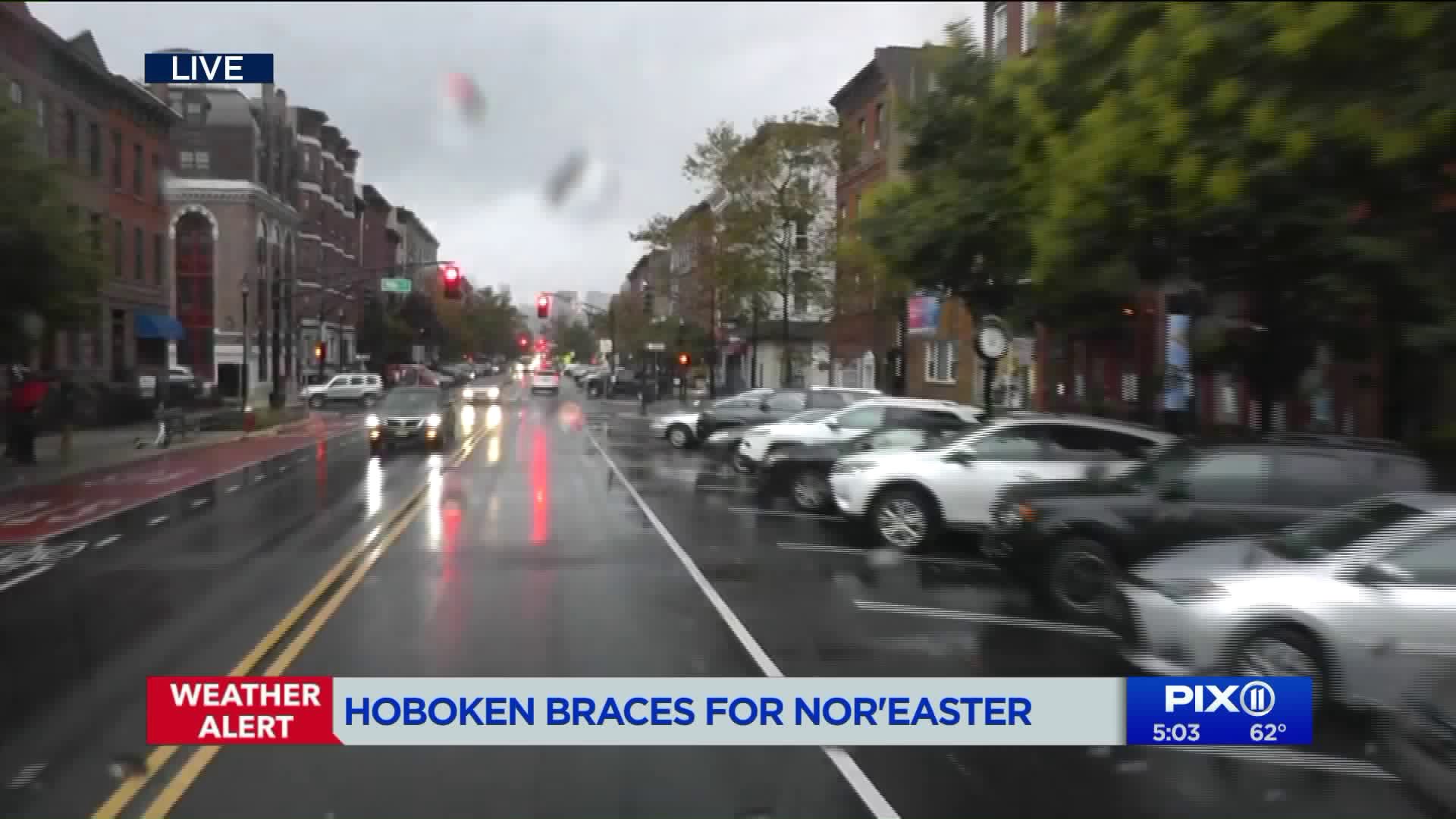 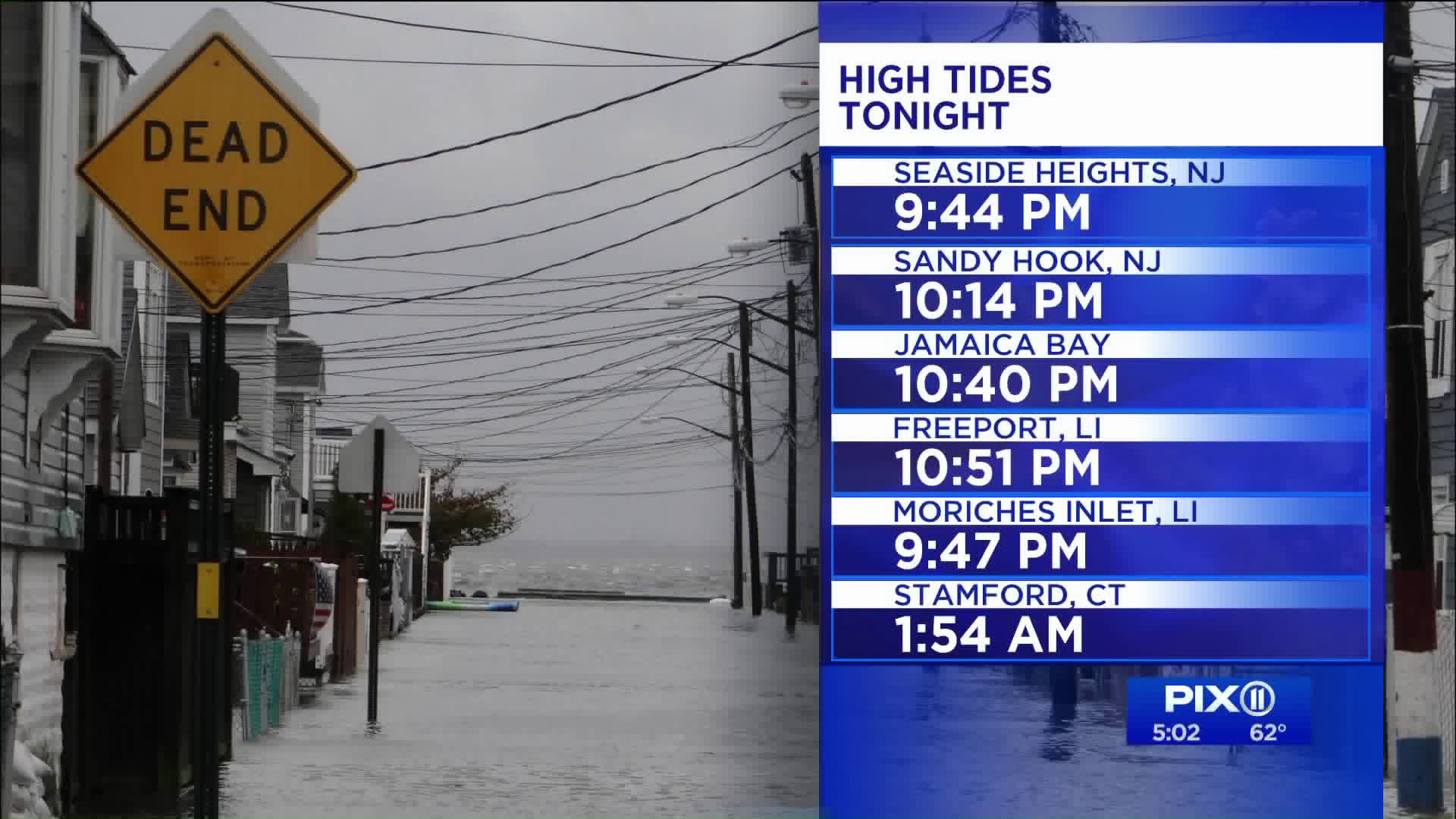 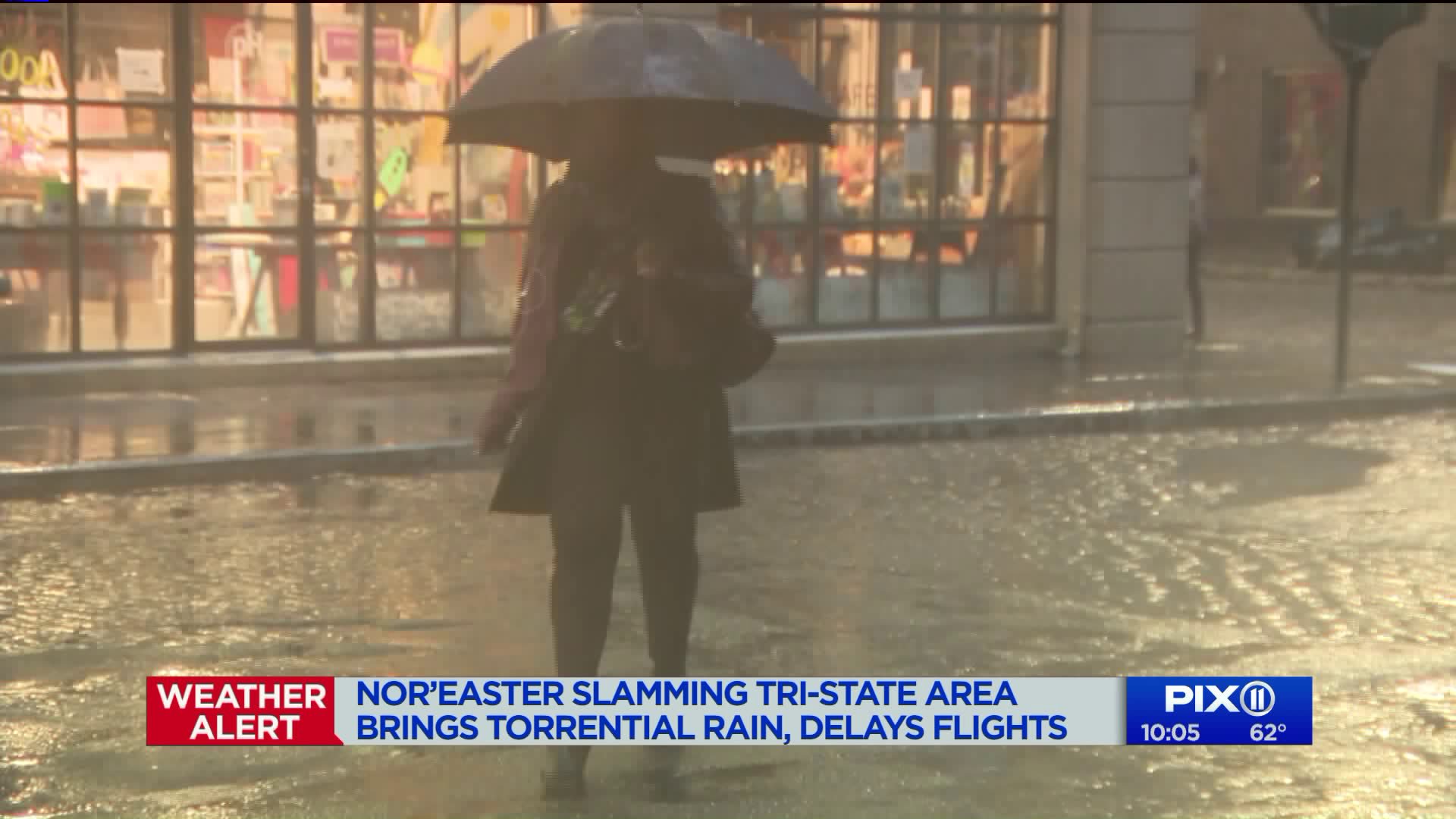 NEW YORK — A fall nor'easter slammed the tri-state area Wednesday and powerful winds from the storm are expected to continue Thursday.

A Flash Flood Watch is in effect through late Wednesday for northeastern New Jersey as the strong storm system works its way up the eastern seaboard.

A Wind Advisory is in effect through Thursday afternoon for the Jersey Shore and Suffolk County on Long Island.

Here's a timeline of the storm:

Showers developed around 12 p.m. Wednesday and grew steadily into the afternoon.

Rain became heavier between 2 p.m. and 4 p.m. Downpours should be heavier in most areas by 5 p.m. and into the evening.

A wind advisory was expanded for the region starting at 6 p.m.

The heaviest rain should be from 6 p.m. through 1 a.m. on Thursday. It's right around the time the Yankees game was originally set to begin. The game is already postponed due to the impending storms. It will now be played Thursday.

Storms have the potential to become severe before or around 10 p.m., with heavy rain continuing and winds picking up speed.

The rain could fall at rates of up to 3/4 inch per hour. Rainfall of up to three inches is expected across the region.

We could see some thunder and lightning, and downed power lines and trees, and potential coastal flooding.

Coastal Flood Advisories have been confined to the northwestern coastline of Long Island Sound during Wednesday night’s high tide cycle. Widespread minor flooding will be expected as an onshore flow will push tides 1 to 2 feet above normal. Elsewhere along the coast, tidal flooding could develop, but only at the most vulnerable spots.

Aftermath and into Thursday

Rain totals  of 1 to 3 three inches are possible over central and southern New Jersey, and 2 to 4 inches over the lower Hudson Valley.

The rain should be tapering off just after midnight, but the wind will remain strong into Thursday as the system moves offshore.

Thursday should be dry, though mostly cloudy, with strong winds remaining. The winds will be 20 to 30 mph with gusts at 40 to 50 mph. It could cause scattered power outages.